When are cops/PIs gonna learn that if you sit and wait for your mark to tell them exactly how you’re gonna put them in prison, someones probably gonna kill you

Pretty sharp though, keeping a giant cookie jar of a missing person’s DNA on your countertop

At least with BB, the crash tied into WW letting the junkie chick die, ozarks crash was completely pointless, made them late getting home.

you just dont get it, if they hadn’t crashed nothing would have changed

Fuck the director, writer and staff for pulling a GOT.

That was the second car crash they were in. The first was when Marty and Wendy were young and innocent and they lost their baby. Here they’re 4 criminals and they walk away from the crash unscathed. The worst people in this world get to walk but there’s no going back, which is why Ruth dies 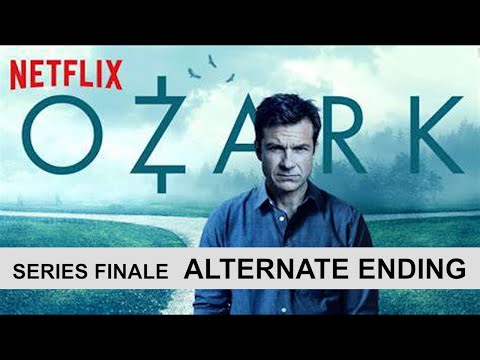 Dude she blew everything up over voting machines. Like the writers just had to make dems losing the most important thing in the world over actual people dying.

Are they using a special lens to film or does everybody have gigantic faces and features? Maybe it’s the closeups. The guy who got baptized has black eyes and a giant face. The pharmaceutical company owner has bigger cheeks than the jigsaw. Still wood!

I’m not very interested in the kid’s storyline. The grandfather brought a nice twist in there I guess because he was hiding in a church as an abusive alcoholic.

I feel like the daughter had the least amount of screen time. It’s hard to care about her character if they continue. It feels like there’s nobody with a direct lead on evidence now, so a future season would probably just be about the new leadership in the cartel.

Now that I think about it, Ruth got off easy for killing a cartel boss’s child. Lucky she wasn’t tortured for a few days first.

How was the breaking bad plane crash pointless? He tied a fuck ton of plot lines together in the show

Yes, you are correct. Maybe 5% in the actual Ozarks. The overhead scenes, at the restaurant Stewart’s, the strip and Lover’s Leap which was that big cliff view in season one. A couple others here and there but mostly in Georgia.

Finally finished it. Took my time watching it. I’m ok with the ending. Kinda hoped they’d double cross the sister and get Nevaro back in charge. Did anyone else think that number for the hitman was for the byrds and not nevaros sister? Crossed my mind for a minute until he was murdered obviously.

Yeah that thought crossed my mind too, but I don’t think either the sister or Navarro could kill them because they need their FBI connection.

I’m on episode 13, hoping Ruth and the other hillbilly cunt get killed too!

Was hoping they showed Ruth and the hillbilly cunt scissoring in the trailer, but it never happened.
Not onscreen, anyway.

Last season sucked. Rushed. Shit storyline. I didn’t like much of anything about the season and it was a waste of time.

I agree that this is what the writers were going for, and its kind of true irl. Wendy actually said as much to the Priest. He told her she should take it as a sign, God’s last attempt to reach them, and she said she took it as a sign that they were going to make it out alive.

I thought it ended pretty well overall. Ruth was tired and sad over the loss of her family and didnt have the drive toward evil to continue to win, so she got out of the game. Her being tired of running from the inevitable would have been the only explanation for Ruth walking up to the car in her driveway unarmed, because that was stupid. If we assume that Jonah pulled the trigger on Mel, then he’s committed to the lifestyle.

Marty and Wendy had no real personal growth, but finally, at the end of the series, Marty told Wendy he loves her and she responded in kind.

To me, despite all the action and chaos of the show, it was really about Marty and Wendys relationship. She being a psycho narcissist with add, and him being a weak and dispassionate leader of the family. The entire series, they barely touched or showed any affection for each other, each of them holding back for different reasons. And by the end, they each found their love for each other, essentially without either one ever improving in any way. They basically just accepted they were both shit people and appreciated that they could have each other because nobody else is going to understand them anyway.

I thought it was funny how hard they tried to make Wendy’s father out to be a terrible guy, but how weak a case they really made for it. He was kind of a judgy asshole, but he was still willing to do the work and take on the expense of giving the kids a safe life. When Ruth has her bog “gotcha” moment where she gets him drunk and tells him, “You dont even WANT those kids!” Im thinking, fuck no, he doesnt WANT those kids. He’s going to turn his life upside down to make them safe from a drug cartel. I mean, hardcore evangelicals creep me out, too, but the bottom line is the guy was willing to do the work and didnt ask for a dime.

One thing Im confused about is why they sent Nelson back again. Was that Wendy just going back to getting Ruth taken out?

I loved the show and it’s fun reading all the different reactions on here.
I knew the breaking bad comparisons were unavoidable, but that show never did anything for me. It had a couple great scenes but there were never any twists, unexpected turns or really anything the viewer wasn’t completely spoonfed like a child.
Ozark had me wondering who would survive and which cartel sibling would be left in charge right up until dude got shot.
Also, I thought Ruth was already dead when she was daydreaming about her dead family. Was sure they’d cut to her taking her last breath in a cartel dungeon or something.

I thought it was wonderful. Enjoyed all the shows

What ever happened to the baby?