I get what you guys say about Jay and giving him tough love + advise so that he may change someday.

Honestly a guy like him lucked out finding his female equal. I just don’t see how anybody else would put up with marfan farts plus all this other shit to be honest.

It’s gonna sound cliche but yall know the reason he is so selfish and self absorbed is because he did not receive enough attention when young right?

We would go to that “all you can eat” at Mike’s Pizza and everybody would chose the pizza of course, our “friend” had to be different and he would always order the spaghetti. Time and time again after 2 plates he would be sick of the pasta and start begging the group for slices, then someone would flip him a slice and he would want another one…and another one until we would get caught and get kicked out. Every fucking time.

It was exhausting being his friend and at 14-15 you have like 50 friends so he got cut off from all the cliques pretty fast. It was all about him all the time he gave nothing back. 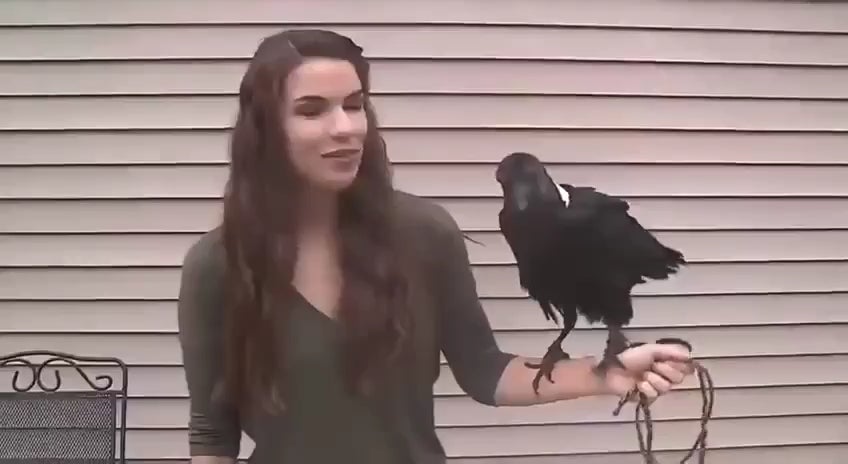 killed by him being a lazy ignoramus… the throwing in the garbage was like the cherry on top. You should read the whole thread

It’s all part and parcel.
If you read the screen cap jjitsu posted, you will quickly realize that the dude that was discharged from the army for having life’s flattest feet, has no care or knowledge about footwear, 30 years later, despite crying about having an aching everything, daily.

I always forget how viscous crows and Ravens are

There is a pair of ravens near me that have been harrassing my dogs for years, lol. To the point one got jumpy every time a shadow moved by. My 10 month old kittens have crooks in their necks from always looking up, lol.

If you guys wanna have a good laugh, this anti-american dude started a thread about how he and his mom work together in that whore site “Seeking Arrangements” so that he can bang girls spending as little as possible.

Out of nowhere he started blasting the American way too lol when people questioned him. He and his mom have a system to bail him out of dates where the girl just wants a free meal lol this guy might challenge Passive for cheapest OGer ever:

Who else here has used it? Been off of the site for years, had great success with it for a while… I am hearing there are now a lot of scams there including extortion of businessmen…true? Who is using it and what is your advice?

Ravens are my second favorite bird. They watched over me when I was in baghdad. There was this pack of rabid dogs that went around attacking people for months, and they were always around when I had to walk to the “office” before the sun came up. For weeks I had to walk backwards with my hand on my handgun and yell at them a lot to keep myself safe. But then the ravens showed up. They’d hang out on the fence near my “home” and when I started my walk to work they’d fly a bit in front of me and wait, then hop ahead again and wait. They did this until I was in the building where I worked. And when the dogs started to get too close they’d dive bomb them.

Not sure if they were actually protecting me or if it was a fun game to them, but I’ll never stop appreciating their help.

Truth be told, I hate conflict…let’s just suck each others dicks and be done with it

I get what you guys say about Jay and giving him tough love + advise so that he may change someday.

I gave up on hoping/encouraging him to change. After reading enough threads where he would ask for advice on different things, then do what he wanted to do anyway, I just finally decided to accept him for who he is. Overall he seems like a happy person, it’s his life, and he makes it work for him. The older people get, the less likely they are to change. Honestly he seems like a person who is uncomfortable or afraid of change. He seems to be comfortable with routines, and uncomfortable with uncertainty or life challenges. He has mentioned anxiety before, I think at one time I suggested he speak to a Dr about it and maybe get meds, but he chooses to self medicate by getting high a lot. I wish the best for him, I have tried not to be harsh or critical of him, but lately it’s getting harder not to do that.

ShanMan says I am too damn nice lol

I have two hawks that live in the trees around my house. I see them fly off with chipmunks once in a while. Never seen them grab something as big as a cat though. Every once in a while one will land on my deck railing.

I’m basically just here for the lolz but will say the guy is definitely not happy. He’s been altering his consciousness daily, all day when circumstances allow it, for over 30 years. He dabs himself to black lung level symptoms but still takes a prescription sleep aid FFS.

Was his IBS diagnosed by a doctor, or is it another one of his self-diagnosed illnesses?

Huel is notorious for making people have excessive gas and horrible, non-stop farting. Look up online reviews. And the stuff is basically a meal replacement for weight loss.

I know someone to tried it as a meal replacement for 3-4 months to lose weight. He lost weight. He was farting like Jay is from the stuff. He dropped a good amount of weight, but gave it up because he was tired of the bubble guts and the farting.

So Jay has been on a country club cold cuts and weight loss shake diet, and wonders why he can’t gain weight and has gas and bowel movements so bad he has to install fart curtains and gets banished to the locker room at work to use the bathroom?

You must never go outside. Every day I see at least 3 turkey vultures soaring in the sky in metro detroit. Hawks, bald eagles down by the lake. A turkey vulture will munch a kitten quickly.

What? He can only shit in certain spots at work? How’d I miss that. Lol. That’s an awkward conversation with the boss.

Does anyone have the picture where jay first bought his 1911 and is holding it like a housewife that doesn’t know which end the bullet comes out of lol. Fuck I wish I saved that picture it was great, I’ve never seen anyone hold a gun like that in my life. 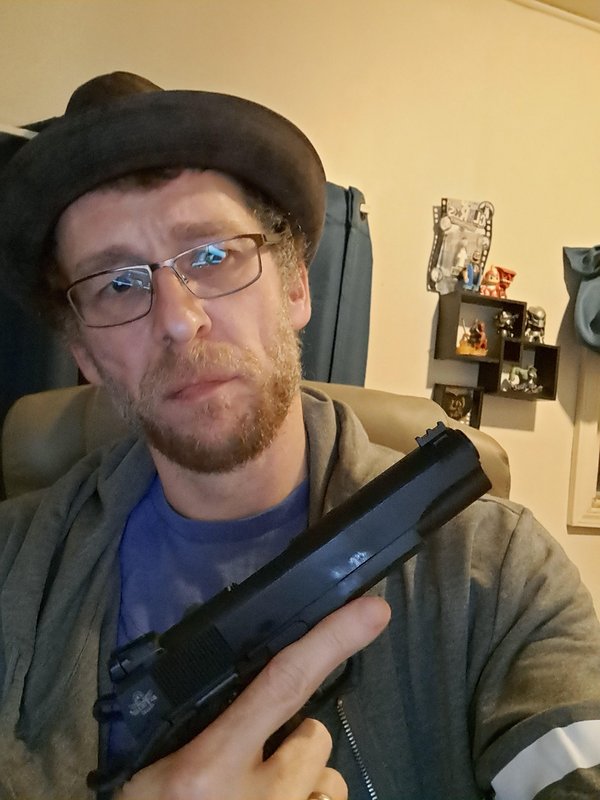 Does anyone have the picture where jay first bought his 1911 and is holding it like a housewife that doesn’t know which end the bullet comes out of lol. Fuck I wish I saved that picture it was great, I’ve never seen anyone hold a gun like that in my life. 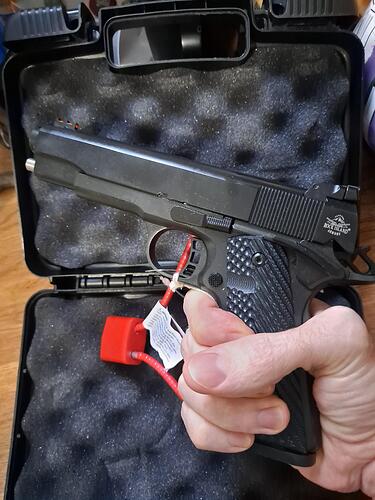 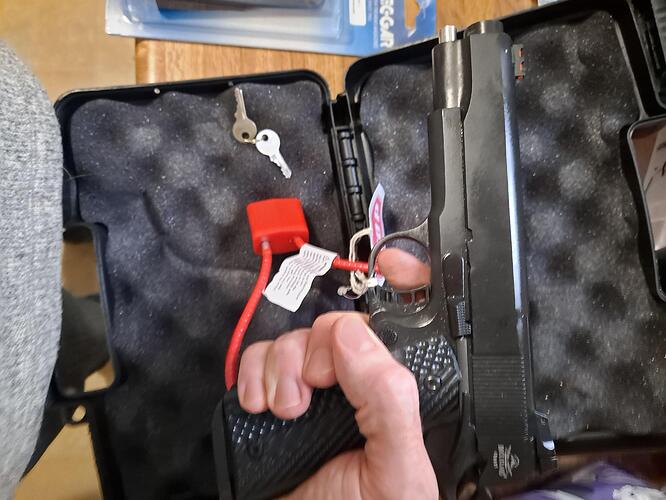 Ravens are my second favorite bird. They watched over me when I was in baghdad.

100% believe it and they very likely were purposefully watching over you. They are very smart, recognize individual people and animals, and have a version of “right and wrong behavior”.
They make friends and enemies and like to play.
If you haven’t ever read Of Wolves and Men by Barry Lopez you might enjoy checking it out. In there he talks about the complicated relationship between ravens and wolves. They like to fuck with apex predators for no discernable reason. Relentlessly.
I’m thinking they saw you and decided enemy of my enemy…