Inaugural UFC welterweight (called lightweight at the time) champion and UFC Hall of Famer Pat Miletich wrote the blueprint for MMA - to reach the highest level, you have to be able to hang in the gym with national-level kickboxers, national-level BJJ players, and national-level wrestlers.

Miletich is also arguably the greatest coach in MMA history. In 2003, MFS fighter Tim Sylvia was the UFC heavyweight champ, MFS fighter Matt Hughes was the UFC welterweight champ, and Jens Pulver who was coming off a successful title defense vs. B.J. Penn might well have been the UFC lightweight champ, but it was stripped over a contract dispute. And there were only five weight divisions at the time.

Michael Nunn was once considered the pound-for-pound best boxer in the world.

That was then. Now the two Quad Cities legends are going to kickbox, on April 18.

Nunn, 56, and has not boxed since 2002. The bad news is he just served 15 years on federal cocaine trafficking charges. The good news is there was little to do in lockup but exercise.

Miletich, 51, has not fought since 2008, but for years has been competing in ultramarathons and does an S&C routine that would crush the average CrossFit gym owner.

The bout will be promoted by yet another Quad Cities legend, Monte Cox, who managed the MFS team and has promoted more MMA events than anyone in history.

Cox hopes to hold the event at the TaxSlayer Center in Moline, Illinois, if he can get the Illinois AC to agree. Otherwise, it will be held in the Quad Cities, at the Mississippi Valley Fairgrounds in Davenport.

The kickboxing rules are a compromise between their respective skillsets.

"Michael Nunn fighting me in a mixed martial arts match lasts about a minute, if that,'' said Miletich. "If I fought him in a boxing match, it wouldn't be a fair fight. But the fact that I'm allowed to kick, that makes things totally different. Now there's a question mark.''

"It's a boxer against a kickboxer,'' said Nunn. "There's not going to be no rassling crap.''

Nunn hasn't competed in kickboxing before, but cited street scuffles while growing up in Davenport.

Miletich, who will be lighter, with lesser reach, is supremely confident.

"As soon as Michael starts opening up with his hands, I'm going to open up with my legs ...'' he said. "You can't move when your legs are destroyed by 180-mile-per-hour shin bones smashing into your quads.''

This is pretty interesting. I'm actually looking forward to this. A lot of unknowns though (mostly on Nunn).

I say Nunn goes down on the 3rd leg kick.

Geez, 56 and 51. I'm interested to see how their bodies hold up to getting hit at that age.

Did Pat have good leg kicks?

damn just looking at nunns arrest record. guy thought he was getting a kilo of coke for 200 bucks. that should set off some major alarm bells right there as a kilo guys for like 20 grand. long ass sentence though, nearly 2 decades for any sort of drug charge is fucked up.

Pat head kick K.O'd shaunie carter back in the day. But i cant remember what his kicking game was like.

A jailbird who hasn't fought in nearly 20 years removes a lot of the interest I have in this fight. Coming off of a layoff like that I'd expect him to get flattened even in a boxing match. So I think pat wins this one by Nunn quitting at some point.

Pat had like 8 or 9 discs fused in neck and back surgeries. He cannot turn his head!

Should be American Kickboxing rules, no leg kicks. Leg kicks make this a mismatch.

fuck in hell. honestly combats sports, what next. 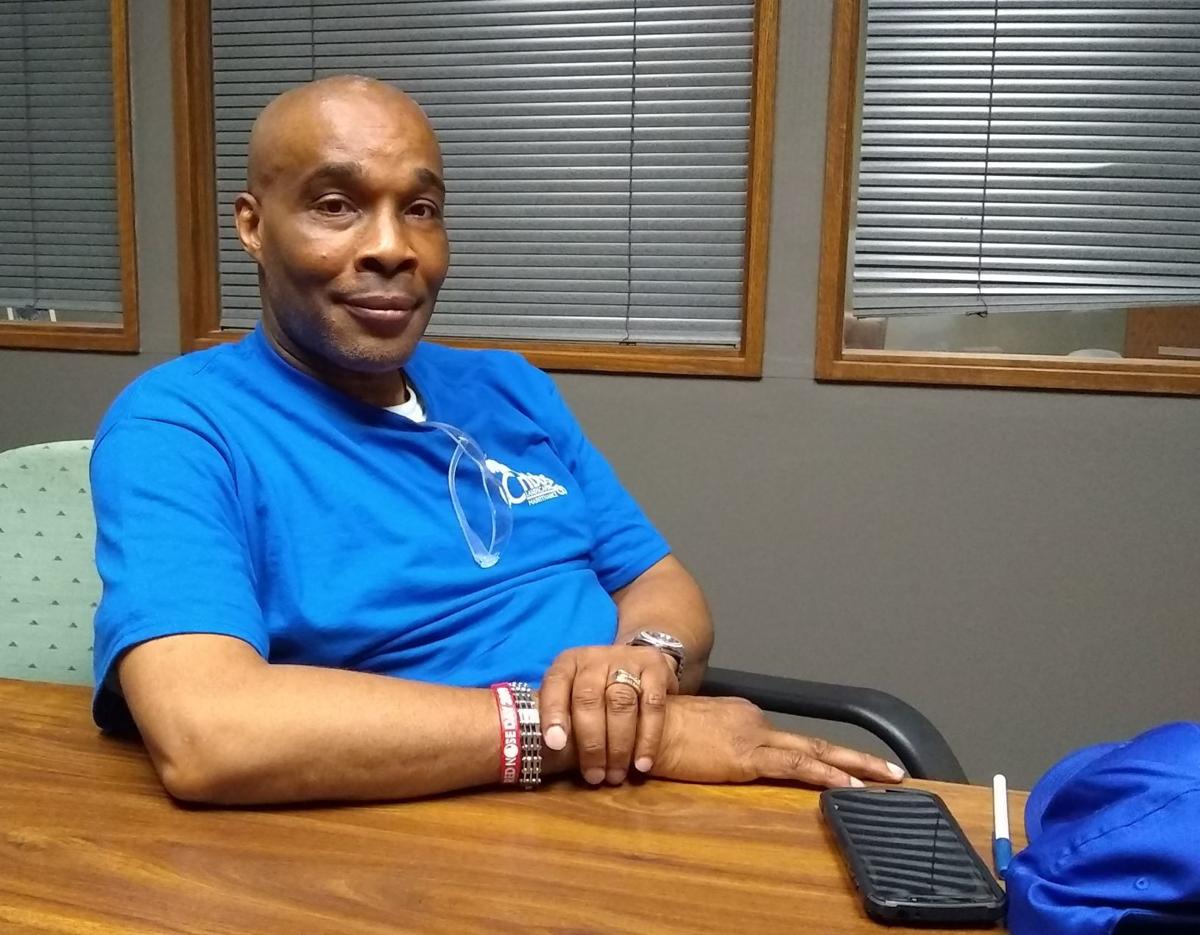 "Jailbird" is apparently  in great shape. Cardio wise from what the article states.

Someone said leg kicks make it unfair? No way. That's Pat's only logical way to win. Nunn has his advantage with his hands, Pat with the feet. Interesting matchup at their age.

AusInformant - Heaven forbid people acknowledge its a sport and can treat the other person like a human...

Nope. You have to spit in his face and have rough sex with his female relatives!

People tend to get very overexcited about this type of old-timer matchup because we forget the fact that they can't deliver the kinda fight they would when they were 35 if they are now in their 50's (I am also people, I fall for it every time). Smith-Ruas, Shamrock-Gracie etc. Boxers with just their basic skillset also rarely do well in mixed-style fights as they don't handle the rhytm and the distance well in a fight that involves kicks. They also tend to fold after just a couple solid leg kicks and can't clinch actively at all. Miletich is a smart fighter who will probably move well and swiftly chop his opponent down with lowkicks in the first round, they will just look a lot slower than they did 20 years ago.

That said, I will of course watch it hoping to be surprised with an exciting, competitive back-and-forth fight full of interesting exchanges of great techniques from different schools. It never happens but you wouldn't want to miss it that one time it actually turned out that way.

Numn had all the tools to be one of the real greats. He was a fuck up but he could  have given Roy a real fight.  Pat's boxing was also among the best in mma for his time - highly underrated.  They both have a lot of milage but they can both probably fight for a few rounds relatively well.