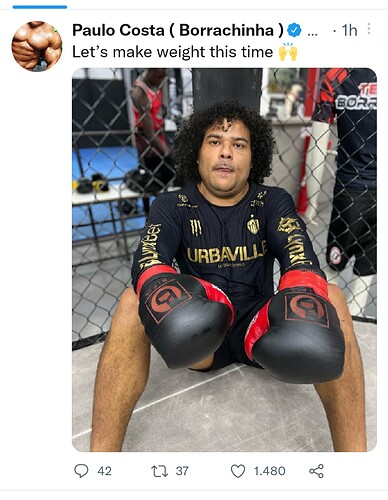 Lol, i remember then last time he showed up not as middleweight but as heavyweight

Why was the Costa Rockhold fight pushed back? I can’t find a reason.

Those two should do a podcast together …Paulo seems to be a very open minded person. Or a retard borderline on the spectrum. One of the two

Lmao he posts some hilarious gifs or memes whatever. I dig the guy and his since of humor. 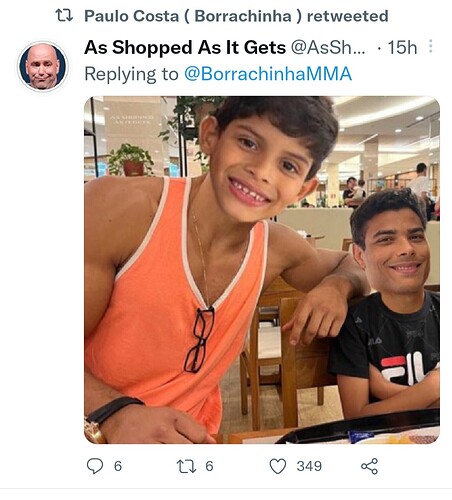 What did shields do to be lumped in with the other whacky corner men? The detective stuff?

He’s probably not left the US before, I’m guessing,
Probably a flat earther 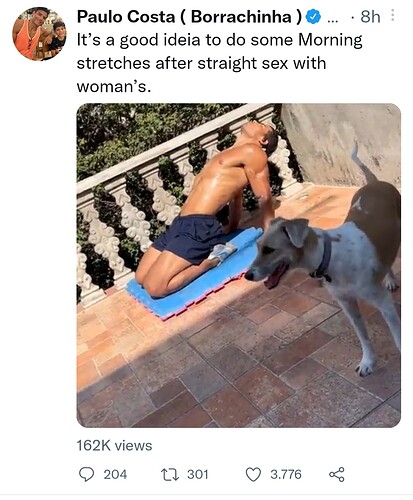 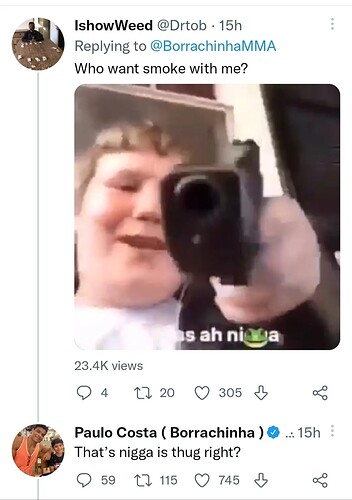 This is one of y’all’s troll accounts. I can’t believe it took me this long to figure that out lol. It’s still hilarious and I’ll still pretend. I enjoy it too much. It’s still real to me.

Lol damn, it’s obviously an OGers troll account now that you mention it. It was great while it lasted I guess.

Its paulo his real account i am telling you

He does have the verified blue tik next to his name

So is it really Costa posting or a troll account?

Its him i am getting all this from his real twitter 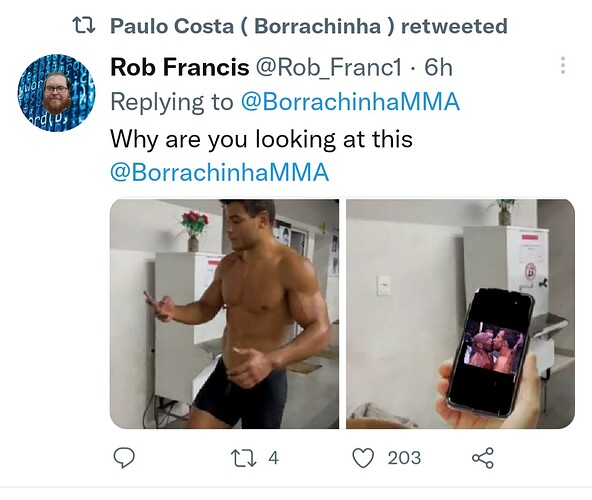