Pedophilia is accepted by the mainstream 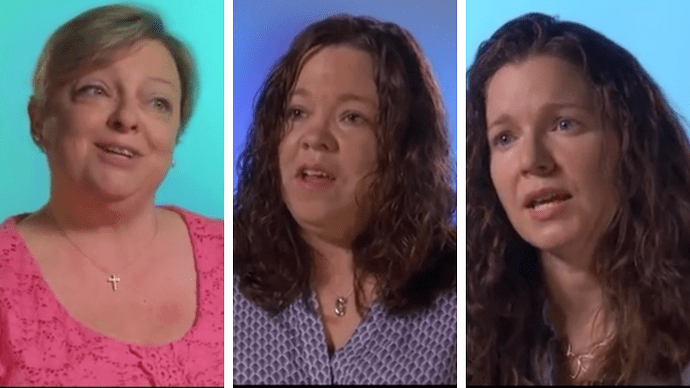 “If folks are at the very beginning of this process, if they’re just starting to think about gender, if you have an 8-yea...

I am not, believe it or not.

You don’t know how mainstream media is portraying the exponential growth in pedophile/grooming incidents, but are on here arguing left and right about whether pedophilia is becoming accepted by the mainstream?

That’s all i need to know.

What the media does is irrelevant.

No sane parent is going to let and adult molest their child based on what they see in the media.

No one in LE is going to allow it.

No one involved in a child’s physical or emotional well being will stand for it.

Pedos are well on their way to being a protected class.

If you’re aiming to support your argument by pointing to academia, you’re going to need to try again. Where do you think “minor attracted person” came from?

I was literally booted from a masters program for asking how to reconcile “do no harm” with the idea of “affirmative approach” when it comes to trans children. My premise being, there is data that reflects potential harms in both paradigms. (That’s to say, I wasn’t framing it as an anti-affirmation question).

Yeah, academia isn’t as trustworthy as you think.

Any legal recourse you can afford?

Also I’d like to point out, while a substantially small amount of people “don’t comprehend,” the bigger problem is not caring about the consequences or not thinking it’ll happen to them (they think they won’t get caught)

Do rapist, child molesters act out of lizard brain instinct at the forefront or calculated logic? I don’t think that’s a stretch for anyone with a basic understanding of psychology.

There are 6 countries with execution for rape with minors, but they still have similar amounts of rape to countries that don’t execute for rape. By his logic, people will think of law when they are committing heinous acts, I’m asserting that they are acting in a lizard brained non-logical urge to which the severity of the law isn’t going to come into play.

I fully believe that when those acts are committed, that the law should be fully used but acting like pedophiles and rapist pull out state law and federal laws before committing these acts is silly. They all know it’s wrong, logically and by law but saying that they may or may not commit these acts based upon their own interpretation of the law? nah.

Do you even know what you’re trying to say, honestly?

That they don’t take computational value to the laws?

Do you realize I literally specifically said “not caring about consequences” and “they think they won’t get caught?”

It has nothing to do with comprehending what they’re doing. Many do, they’re just not capable of suppressing the “urge” to offend. Maybe that’s what you’re referring to as “lizard brain?”