OP will love this lol…

So we’ve got contractors at the neighboring house living there while they do renovations. Trashy couple with two toddlers. The kids are well behaved. The couple themselves are pure white trash. Hopefully they’ll be done soon.

Anyway, the other morning I’m getting ready to head out into town and do my runnings. I step out on the front porch and what’s in my driveway??

AmStaff. Barking at me. No leash, no owner. So I bark back. He growls. I growl back. He pussed out.

The fucked up part is, it’s a gorgeous dog. Pristine. Breed standard. Could easily win any kennel club for the terrier group.

But they let this thing roam around no fucking leash. If he gets out of line, I’ll kill the fucker.

The hardest thing is deciding which knife to use

I do not like the new forum. The quotes make it unreadable on my mobile. I have tried to wait it out until I get more used to it but it’s just not happening.
I have so much more content to post but I really can’t be hassled.
I will post more soon but it will be a lot less than in the past. 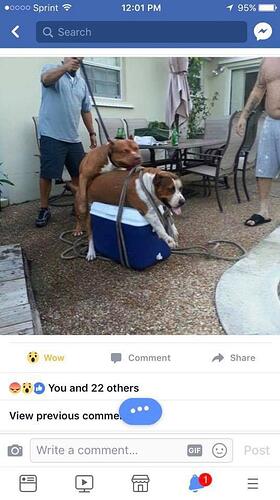 Stay with it dude I hated it at first but since they fixed the blank screen issue it’s really not that bad. Navigating is actually really easy once you get used to it. 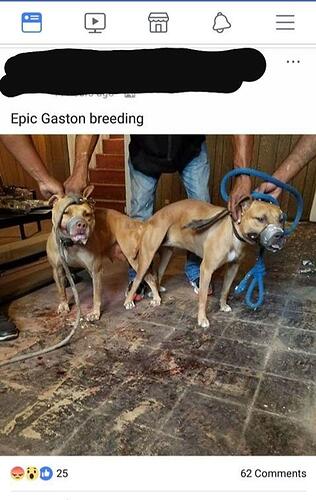 I exclusively OG/UG from my phone so it really bums me out that I can’t use the app anymore.
I will stick around out of habit… We’ll see…

I just looked at our local animal control adoptions page and found this:

Can I post a video that I haved saved on my phone? 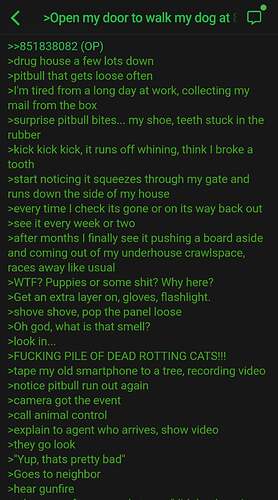 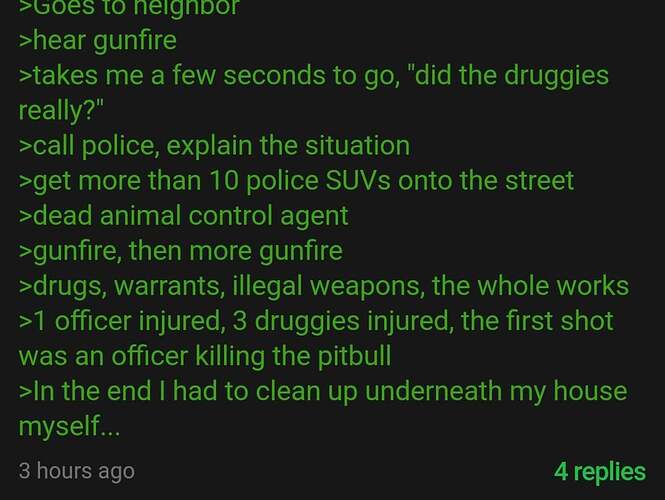 There’s a news type of video in the link

MILWAUKEE (CBS 58) – A Milwaukee woman attacked by two pit bulls is speaking out for the first time tonight.

The attack happened on the morning of Wednesday, April 7 near 28th and Melvina.

The victim, Sherice Charleston says she’s grateful to be alive and hoping for a full recovery.

“I’ve had a total of six surgeries since Wednesday.” said Charleston.

The incident left the 36-year-old with 727 stitches all over her body, several drainage insertions and a broken toe that has left her recovering in a hospital bed at Froedtert and the Medical College of Wisconsin.

"My mental…that’s going to take a lot for that to heal” said Charleston.

Around 11:30 a.m. Wednesday morning, Charleston says she stopped near 28th and Melvina to drop off some items to a friend.

She pulled into an alley and saw two pit bulls attacking a 75-year-old man and 26-year-old man.

Charleston says the 26-year-old was the dogs’ owner and the same person she was coming to meet.

“The dog is at the older man’s foot and just going and the owner is fighting with the white dog.”

Charleston remembers the owner asked her to come help.

"He was like clap at the smaller dog, whisper at her, kiss at her and get her off of him.”

Charleston was able to get on top of one dog and she turned around and everyone else was gone.

“I was left out there and the older man was gone already because he had got free from when I called the dog in the first place," Charleston said. “I’m like help, somebody help me and these dogs are at me.”

Milwaukee police say a person fired shots at the dogs in an attempt to free the victims.

“I believe he hit the dog in the hind leg at that point and that’s when both dogs left off of me” said Charleston.

A day Sherice Charleston says will haunt her for the rest of her life.

The owner was cited for dangerous animal regulations resulting in bodily harm.

Meantime, a GoFundMe page has been created for the victim. CLICK HERE to donate. 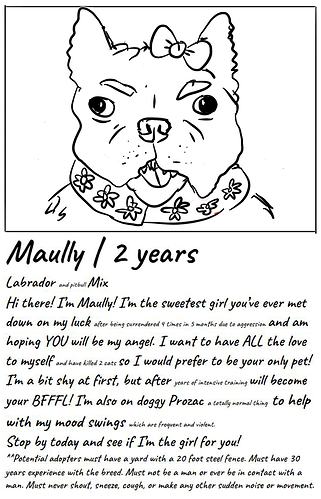