In a new video released by the Center for Medical Progress (CMP), Planned Parenthood and abortion industry officials give sworn testimony describing how babies born alive with beating hearts in their facilities are then harvested for organs.

Since CMP’s first undercover videos, filmed by journalist and activist David Daleiden, were released in 2015, Planned Parenthood has denied that its facilities sold fetal body parts from abortions, and that their fetal tissue research programs and late-term abortion practices are in total compliance with the law.

Now, videos of witnesses under oath show that not only did the abortion giant profit from the sale of fetal organs, but that Planned Parenthood and its business partner, Advanced Bioscience Resources (ABR), violated federal law that mandates a fetus born with a beating heart is a human being equally entitled to protections under the law.

“Placing an order for body parts from a born alive infant uses the means of interstate commerce to obtain the death of a human being through organ harvesting,” Daleiden says in the video. “If the federal law is applied equally to born-alive infants, this is murder for hire.”

In the video, ABR’s procurement manager Perrin Larton describes how fetuses “just fall out” of some women in the operating room “once every couple months.” She says she receives these intact fetuses straight from the abortion doctor and dissects them in the clinic lab for body parts. Larton is asked if those fetuses have a heartbeat. “It depends,” she says. “I can see hearts that are not in an intact P.O.C. [product of conception] that are beating independently.”

In a deposition with Dr. Deborah Nucatola, former medical director for Planned Parenthood Los Angles and current medical director at Planned Parenthood of Indiana and Kentucky, she admits she has had “non-viable” fetuses delivered in her facilities. When asked how she determines whether a fetus born alive is considered viable, Nucatola says it “depends on where you work” and that one way she determines a baby’s viability is “the availability of interventions” at the facility.

Finally, Jon Dunn, the CEO of Planned Parenthood Orange County testifies that at least once he was made aware of a fetus born alive at his facility. The staff did not call 9-1-1 and “kept it warm and comfortable,” Dunn said.

In a statement on the sworn testimonies, Daleiden asks, “How long will public authorities permit Planned Parenthood and their associates to sell living children inside and outside the womb and then kill them through organ harvesting? The DOJ has vigorously prosecuted the sale of eagle body parts. Surely selling human body parts after cutting them out of an infant with a beating heart is at least as grave of a crime.”

Horrifying and chilling don't begin to describe this.  This is sanctioned murder. They are  committing genocide on the African American community.

This is what liberals support under "choice".

Literal evil from the depths of hell.

These people are possessed.

How The fuck isn't this on every news station

So much for the "just a blob of cells" defense.

Black lives matter, unless you are a black baby in NYC. More black babies are aborted than born there.

Black lives matter, unless you are a black baby in NYC. More black babies are aborted than born there.

Nobody really cares about the aborted black lives or the black lives snuffed out by other blacks in Chicago.

They only virtue signal for votes…

The fees, which can run to thousands of dollars for a tiny vial of cells, do not break the law, according to Arthur Caplan, the director of the division of medical ethics at NYU Langone Medical Center.

“It appears to be legal, no matter how much you charge,” Dr. Caplan said, adding that there appears to be little or no oversight of the processing fees. “It’s a very gray and musty area as to what you can charge.”

Many researchers buy tissue from two small California companies. StemExpress, a five-year-old business based in Placerville, Calif., describes itself as “the largest provider of maternal blood and fetal tissue globally.” It also says it offers “special discounts to the academic community.”

Its founder, Cate Dyer, has a bachelor’s degree in sociology from California State University in Sacramento. She started StemExpress with $9,000. An article last November in Sacramento Business Journal said that the company had grown more than 1,300 percent in three years. Its revenue was $2.2 million, according to a report in August 2014 in Inc. magazine. 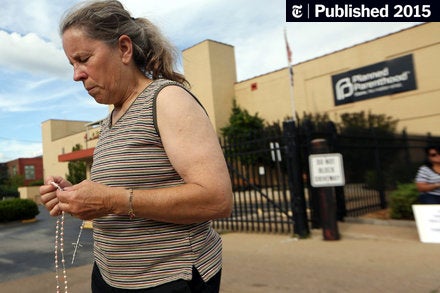 Fetal Tissue From Abortions for Research Is Traded in a Gray Zone (Published...

Controversy over the buying and selling of products derived from aborted fetuses has raised questions about what many scientists say is a unique research tool.

I think he divorced the fat wife and married a hooker he was banging.