judge ruled that the plaintiff (the media) had no standing to request release of the bodycam footage, but then went on to give many reasons that even if they did have standing he would have denied the release (protecting the investigation among them). he then denied release on behalf of the son but i think he did say the family should be allowed to see the rest of the videos within 10 days, with some redactions allowed that he will decide on.

I don’t know what happened here. But one thing for damn sure I won’t be taking the info from the media as unbiased.

What the fuck is going on with this site? I haven’t been in in a month or two and it’s completely unusable. Jesus Christ I can’t find anything

Yep the shit is going to hit the fan, which is probably why the Judge won’t release it to the public, and will only show the heavily edited version, with the cops’ faces blurred to the family. But not until 30 days have passed to allow for the investigation (code for “so the cops can get their stories straight”).

Another report is saying that the officers are “distraught” and feel for the family. Yeah they probably are remorseful now that they he was killed will probably lead to life imprisonment for them too.

Supposedly the guy was trying to get away or move the car or similar movement. He backed up snd made contact with an officer. He then went forward and made contact with another officer then may have made another move however officer(s) shot all this within a four second time period. The guys brother also made the statement that he was just trying to get out of harms way and was then executed. Seems then the issue will be the threat of a moving vehicle and what was shouted at him and how soon the shooting started

This is what Pasquotank County Dist. Atty. Andrew Womble said exactly during the hearing.

Calling the family attorney’s description “patently false,” Womble said the video shows that Brown’s car made contact with officers twice before shots could be heard on the video.

Womble said that officers shouted commands and tried to open the car before any shots were fired.

i saw the video that i think they are basing the “4 second” claim off of, i couldnt tell, seemed like 6 seconds or so passed then there was some loud noise and the video goes all wonky.

its the one that looks like it was probably shot from a neighbors security camera or a ring device.

interesting that the sheriff is now saying he wants all the videos released in full.

4 of the deputies that were on leave have been reinstated because they did not fire their weapons. so only 3 deputies fired. still unclear why 2 other deputies resigned and one retired that same day, they say they are unrelated to this incident. maybe just fleeing the incoming shitstorm? 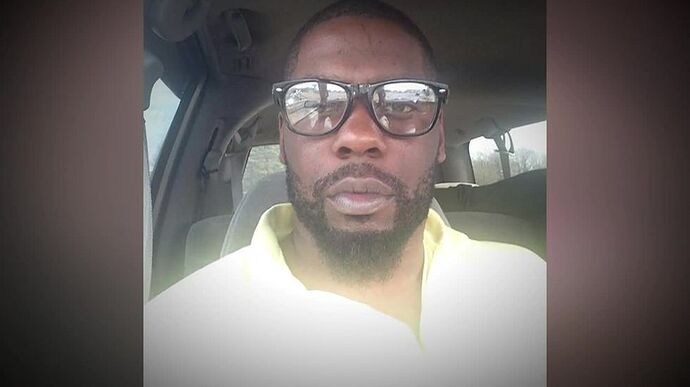 The Pasquotank County sheriff has released the names of those deputies involved in last Wednesday’s deadly shooting of Andrew Brown, Jr.

Or stated differently, he was trying to get away from the cops who were trying to arrest him on a felony warrant…

Probably. But the fact of that statement was that the car was moving!

if the clip the family saw clearly shows the car moving, not once but twice in two different directions, how anybody would ever give any of those lawyers any credibility again is beyond me.

Most of these lawyers are nothing more than race based ambulance chasers.

They’re going to need to revise these laws to stop people rioting for lawful self defense shootings by police.

And Ben Crump
Is the king of that grift.

They already revisus the name of those riots to peaceful protesta, so NU further sction is necessary