Popular Sitcoms That You Hate

Hillbo, it figures you didn’t like Seinfeld. You literally have to be an un-American douche not to like that show. Let me guess you don’t like dogs or apple pie either…

2 and a Half Men seemed to be a show catered to the lowest common denominator. At least that’s what I remember. I seriously don’t understand how anyone can ait through more than 45 seconds of something like Family.Ties.

None of these shows are directed for men except married with children. If you like friends or how I met your mother you’re a raging faggot

Never understood the popularity…it was water cooler talk every Friday morning at work, the show was wayyyyyyyy overrated…Elaine was hot, but not funny, not even a little

It had its moments, George was a great character, the rest, fuck it…The Drake bullshit was straight out of Douche 101…the final episode sucked massive donkey cock

Never heard of it

Lol at grown men having pets. Fucking girl shit. This is my dog, he protects me because I’m a little bitch and makes me feel less lonely because humans think I’m an asshole

Un-American? They were all members of the tribe, hardly American…hope Larry David loses his ass on the FTX lawsuit, know that neurotic bitch is going crazy obsessing the possibility. Actually a cat guy. 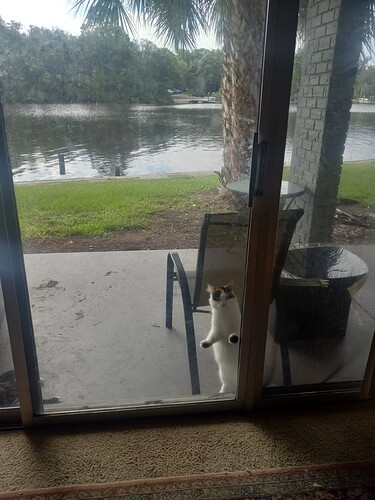 This is a good list, although I liked each of those to start with. They just got old and repetitive.

Red Foreman is one of the most underrated sitcom characters of all time.

I have yet to watch any of the newer ones like modern family, big bang, Brooklyn 99 . None of them looks interesting

Two and Half Men. One of the dumbest shows ever created.

How I Met Your Mother. It wasn’t that bad, it did have some good moments, I don’t hate it at all. But definitely not nearly as good as it was made out to be.

I’m having trouble thinking of others right now. The other popular ones mentioned here, I enjoy (Cheers, Frasier, Roseanne, Seinfield). I’d also like to point out that the vast majority of American sitcoms have sucked. Like, 95 percent of them. Prime time sitcoms that are actually good and have replay value for decades are exceedingly rare. Turn on NBC or FOX any weeknight and you’ll see what I mean.

That was a great show

I have yet to watch any of the newer ones like modern family, big bang, Brooklyn 99 . None of them looks interesting

Modern Family was good, pretty funny. It’s definitely more of a wholesome family show but well written. We stopped watching after season five cause we cancelled cable. Not sure if was still good after that.

BBT is dumb. We moved in with my wife’s grandpa years ago before we bought our house and he would have it on the TV all the time. Retarded show. Ok you’re smart, you make smart jokes about science and math (which are jokes that only require basic knowledge of subjects). We get it. The jokes aren’t funny. Unbelievable how popular that show is.

Never seen Brooklyn 99. But at this point, a show needs to be really good for me to commit to it, especially a sitcom.

Big Bang Theory by a country mile. Full House is one with a big following my sister used to love and I think is utter shit.

Surprised to see Two and a Half Men, I still like the Charlie Sheen episodes. Sucked after that other guy came on.