I'm a good example, but I can't post pics.

Depends what grade it is. Kindergarten through second grade, I actually get it. At that age, the point is to encourage learning. If a kid will get discouraged by poor marks, it's not serving any purpose.

Kids aren't actually competing academically in any way that matters at that age, so whatever means work to get the kid interested in learning and growing are what is called for, IMO.

A girls high school basketball game in San Bernadino, California, that finished with a 159-point margin of victory (161-2) for Arroyo Valley High School over Bloomington High School Jan. 5 led to a two-game suspension for its coach, Michael Anderson.

Troy Machir of Sporting News reports Anderson will be eligible to return to the sideline next Monday for one of the region's most talented squads. He's received plenty of criticism for running up the score against an obviously overmatched opponent:

The Hawks had scored more than 100 points twice before the 159-point blowout, but the backlash from the thrashing resulted in a two-game suspension for Anderson.

In the first game without their head coach, the Hawks beat Indian Springs High School 80-19 on Jan. 14. The Hawks were coached by Anderson's 19-year-old son Nicholas. Anderson spent some of his time off scouting a league opponent.

Anderson told Landon Negri of the Orange County Register that he met with opposing coach Dale Chung before the game to discuss the situation. He was trying to balance getting his team prepared for league play with avoiding an embarrassing scenario.

"This was our last game before we started league, and we were going to come out playing hard," he said. "I wanted to let him know there was no harm intended, and that if he had any ideas or concerns just to let me know. We were going to play a half of basketball, at least... And he seemed fine with that."

He tried to slow the onslaught by benching his starters at halftime and telling his reserves to burn the shot clock before trying to score. A running clock isn't allowed until the fourth quarter under current high school rules.

Chung still wasn't pleased with the lack of sportsmanship, though. He made his feeling crystal clear in a report from Pete Marshall of The San Bernardino County Sun.

"I've known him for about seven years... He's a great X's and O's coach. Ethically? Not so much," he said. "He knows what he did was wrong."

Ultimately, this type of situation tends to pop up a couple times every season. There's a fine line between an acceptable display of dominance and going overboard. When the talent gap is significant, it can be difficult for a coach to slow things down once it gets out of hand.

Changes would likely have to come from the top of regional high school basketball hubs. A solution where games that are no longer competitive don't turn into these type of stories. Perhaps something along the lines of stopping scorekeeping at halftime.

Participation Trophies in anything above pee wee league sports 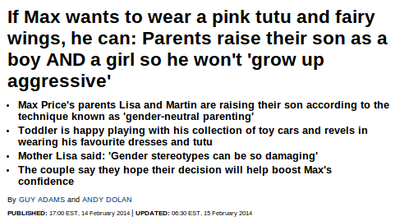 School bans most balls during recess: Smart move or going too far?

Is it an extreme case of helicopter parenting or a smart move to keep kids safe?

That's what parents are asking after hearing about a Long Island middle school's decision to ban most balls during recess and also require supervision of tag, even cartwheels, due to safety concerns.

No longer allowed at the Weber Middle School in Port Washington, New York: footballs, baseballs, soccer balls, lacrosse balls and any other hardballs that could injure a child. Also off limits: rough games of tag and cartwheels unless an adult supervisor is on hand.

"We want to make sure our children have fun but are also protected," Kathleen Mooney, superintendent of Port Washington Schools, said in a local television interview, noting how playground injuries can "unintentionally" become very serious.

The school district, in a press release, said that due to construction going on at the school, there is "limited space" for the children to play during their 20-minute recess period. "With children in close proximity to each other, it is not safe for them to be engaged in unstructured play with hardballs," said the district.

It's not clear when the construction project will come to an end at the school and if kids will be able to resume normal ball-playing after it wraps up. A call to the superintendent's office for confirmation has not yet been returned.

Soft nerf balls will be provided during recess, and kids can play with hardballs during gym and intramural athletics.

Not suprisingly, when we asked what people thought about this school's policy on CNN's Facebook page, we got a ton of comments, the majority outraged by the school's decision.

"There are rational precautions (helmets for bikers) and then there is ridiculous. This is over the top," said Erika Hathaway Stockton on Facebook.

"This isn't smart. It's actually counter-productive," said Donna Daniels in an e-mail to CNN. "It saddens me to think that children no longer experience the joy of kickball, tag, dodgeball and simple outdoor games I remember so fondly when I reflect on my childhood. Our kids don't experience physical activity unless it involves downloading an app."

"Without opportunities to learn how to navigate space with their bodies, and to negotiate rules, risks, and experimentation of cooperative play, how are children going to ever be able to handle themselves in any society as adults?" said Alex Martin, an associate director at a Manhattan nursery school.

On the other side, there were some people who thought the school's actions were warranted.

"Freedom is great until the parents sue the school district," said Tyllor Parker on Facebook.

"I don't think kids should have their fun pasttimes discontinued, but head trauma can be serious," said Marilyn Decker on Facebook. "Helmets can lessen that. Even pro sports issues protection. Nothing wrong with that. They are now much more enlightened about wearing helmets while skateboarding and riding a bike, as well."

So what DID you think, Billy? That you were an honor student? My nephew, who is 8, got a simular letter from his school. The country is moving backwards.
I'm anxiously awaiting an argument on how this could ever be a good thing for a kid.

Kickball rules at my kids school.

You can not throw the ball at the base runners.

Every kid gets a kick each inning. (No 3 outs)