If this turns out to be substantiated by other sources, Joe Biden will very possibly be impeached in the House. Pelosi only has a few votes to spare, and moderate Democrats will be under intense pressure.

Former Deputy Assistant Secretary of Defense for Western Hemisphere Affairs, Roger Pardo-Maurer said the U.S. Department of Defense already knew who the bomber was ahead of time, before the bombing and when and where the Kabul attack would occur — the Abbey Gate was at “highest risk.”

Pardo-Maurer went further in his interview. He said not only did they know where and when it would happen, but that they had a Predator drone lock on the bomber.

“Permission to shoot was requested and was denied by the Taliban. Because we are in this process of negotiating with the Taliban who aren’t even in control of their own government or their own people.” 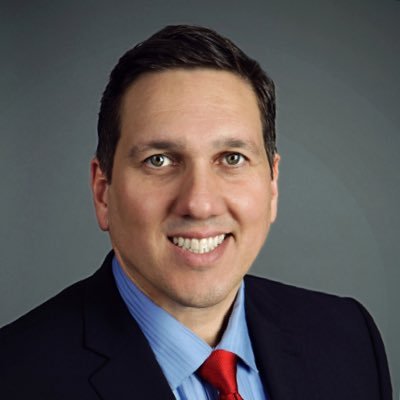 @BonillaJL
🚨🚨🚨🚨 Per former Deputy Assistant SecDef Roger Pardo-Maurer, the DoD had foreknowledge of the Kabul bomber AND denied permission to fire to the Predator drone that had a lock on the bomber. https://t.co/ZDh27drdwu
1 Like
Sogsteel September 1, 2021, 8:30pm #2

If this is true we will all have to start talking shit on President Harris soon.

Biden is an embarrassment, and easily one of the worst presidents ever.

Asking the Taliban for permission?

If true it would be a scandal for the history books…

Sadly, it would not surprise me much if this is confirmed. But who is this dude in the video? The tweet says former deputy assistant secretary of defense, but the dude in the video isn’t even speaking in English.

OP, is there any explosive bombshell with this sort of anti-america tone that you wouldn’t immediately believe and repeat?

The USA struck a deal with the taliban before pulling out, this much is clear. The deal likely involved the USA not bombing Afghanistan on its way out. In order to ensure the continued safety of those still there, it’s possible we didn’t want to break the deal with the taliban. Rock and a hard place and the USA may have placed its bet in the sure thing which was not pissing off the taliban and causing American deaths. Shitty situation all around.

Shitty situation all around

That’s why you should never lie down with terrorists. We should never have let them get into Kabul until we were out. Once we were confined to the airfield we were fucked.

What a load of bollocks

Nothing more anti-american than allowing servicemen die. Then being a rude moron when meeting their families. Followed by checking your watch while they are being honored.

Biden is a fuckup of epic proportions so it wouldn’t surprise me if this was true.

When Trump was in office, it was always FORMER this and former that talking shit.
You could see through the bull shit. And you can see through this bullshit.

Trump did something similar when he was in office so this is okay and just political posturing. - OG leftists

I too feel this is bullshit, but they did warn about this hours before it happened.