Is it computer AIDS?

There is logic behind saying to hell with reelection. 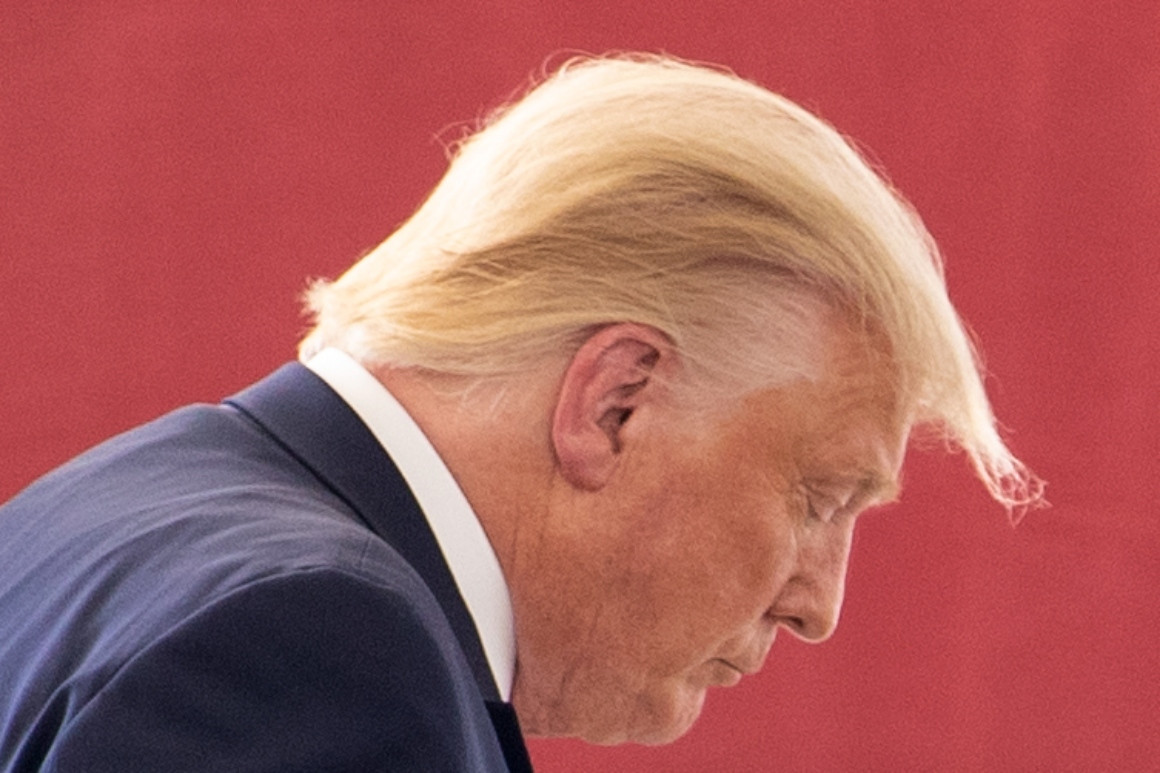 Altitude is a column by POLITICO founding editor John Harris, offering weekly perspective on politics in a moment of radical disruption.

The purpose of the nationally televised Oval Office address was to announce new peace initiatives in Vietnam, but Lyndon B. Johnson saved the most startling news until the end of his speech on March 31, 1968. With his country badly divided over a grinding war, he didn’t believe as president he “should devote an hour or a day of my time to any personal partisan causes.” He was dropping out of the presidential campaign.

Now there was a president who knew how to shake up the plot.

Among Donald Trump’s problems in his long, hot and mostly housebound summer is that he has lost his once unparalleled gift for changing the story. He still can stir outrage, but even among his supporters he no longer has much capacity to surprise. “Every hero,” wrote Ralph Waldo Emerson a century before the president was born, “becomes a bore at last.”

But here is a way Trump could demonstrate that an old master still knows how to tear up the script and leave the audience gasping. It is late but not too late to pull an LBJ.

As it happens, the Trump Drops Out scenario is one I have trafficked to colleagues and sources for a couple years now, usually to dismissive grunts or quizzical stares. It is true that there is scant time left for the scenario to come to pass. It’s true also that, if I were a reliable predictor of Trump’s political fortunes, Hillary Clinton would now be running for reelection.

But even if one doesn’t really think Trump will drop out of the race—as a proselytizer of the theory I acknowledge it is a stretch—it is worth examining the reasons he just might, as a way of illuminating the bleakness of his situation with just over three months to go before the general election.

No doubt Trump would savor the validation of winning a second term. Under the current trajectory, that looks less likely than not; By the light of some evidence it looks highly unlikely. One question is whether Trump genuinely believes he has a plausible plan—beyond throw a lot of stuff against the wall and hope some of it sticks—to change that trajectory. The second question is how Trump conceives of the balance of his lifetime—and his historical reputation after that—if he were to lose to Joe Biden and join the ranks of defeated incumbents.

The Trump-drops-out scenario hinges on the assumption that Trump is less concerned with wielding the levers of government than he is preserving his role as disrupter at large in American politics over the next decade. The latter might be much easier to maintain if he avoids being tattooed as loser in November—especially if the margin is larger than could be attributed, even by his most conspiracy-minded supporters, to media bias or vote-counting manipulation by Democrats.

The scenario hinges also on an assumption that Trump’s political project is more weakened internally—in the psychological sense—than it is even in the external sense, as measured by polls and campaign coverage.

Trump in recent days has scotched a planned rally and canceled plans for a massive partisan extravaganza at the Republican National Convention. He has gone from saying the coronavirus pandemic would be quickly routed in the spring to acknowledging, five months into the crisis, that the situation will probably “get worse before it gets better.” After saying masks weren’t for him, and implying that they are for weak spirits, he finally began wearing one and urging others to do so.

Most of the coverage has been on the theme that Trump is now right and is tacitly admitting he was wrong before—wrong not to take these and other steps much earlier to unite the country around the importance of deferring to health experts and rigorous social distancing.

But Trump surely must wonder—on the question that matters most to him—whether he was right before and is stuck in the wrong place now. For decades, Trump has fashioned a leadership persona around the mystique of success and strength and indomitability. He has long acted as if he believes that mystique is highly perishable. That’s why he never apologizes or says he was wrong. Once one is exposed as having erred, or even having normal human doubt about the path ahead, perceptions change irreversibly from strength to weakness.

People who recoil at Trump’s boasting, bullying, and bombast generally know much more than he does about how conventional presidents act. But Trump surely knows much more than the critics do about how to manage the Trump persona. The pictures of Trump a few weeks ago after the weakly attended Tulsa rally—his tie undone, his face twisted in a dispirited scowl—suggest he knows that once his aura of success is punctured it will be difficult to recover. When was the last time Trump seemed to be really enjoying himself in the presidency?

Trump knows also that perceptions of power and success have an intimidating effect. As he looks to the fall, it is not opponents that he needs to keep in line. It is allies. Trump’s presidency has been propelled by two great engines of enablement. One of these, Fox News, has been robustly enthusiastic. He’s been great for business, and Fox News’ most loyal viewers are loyal to Trump. The other enabler, personified by Mitch McConnell, is not enthusiastic but sullenly transactional. McConnell and the business wing of the GOP don’t much like Trump, but they do like the chance to push their agenda on judges and deregulation.

What are the incentives of these enablers if, in late September or early October, Trump looks as beleaguered as he does in late July? In either case, an outright break with Trump is unlikely. Fox is concerned most about preserving its huge profitability. The network’s leaders would presumably be wary of potentially sustaining permanent brand damage with corporate advertisers by joining Trump in a last-ditch campaign of racially charged cultural warfare. That’s especially so if they perceive Trump is going to lose anyway. In the case of McConnell, he knows that Trump’s unpopularity is the primary factor that continued GOP control of the Senate is at best a toss-up. He and other Republicans already are trying to localize their races, not splitting with Trump but finding distance from him.

These incentives mean Trump could be a very lonely figure this fall.

Yes, but: Hasn’t Trump been lonely before, as after the "Access Hollywood" video in October 2016? True enough, although in circumstances in which the gravity of the nation’s challenges and the voter’s choice seem much less severe than now. And wouldn’t dropping out of the race brand him as something worse than loser, a quitter?

That one Trump could plausibly answer with an unusual approach: say something approximating the truth. This doesn’t sound much like how Trump talks but, in some moods, it may be close to what he thinks: Fellow Americans, I know I am a disruptor, and everyone knows I thrive on conflict. I believe that disruption is what Republicans and the country needed when I ran for president in 2016, and that is what I delivered. But I realize the pandemic creates a whole new agenda. I am going to devote the balance of my term to trying to get this country opened up safely, and allow someone without my sharp edges make the case for Republicans this fall.

Just this week Trump pondered why Anthony Fauci and Deborah Birx have higher approval ratings than he does, even though he is their boss. “It can only be my personality, that’s all,” he told reporters.

Long term, forgoing the race with a measure of self-awareness conceivably could elevate Trump’s historical reputation higher than it would be if he loses reelection after a remorseless and demagogic campaign. In the near term, if a replacement nominee (presumably Vice President Mike Pence) would be indebted to Trump and subject to his leverage if he managed to beat Biden. If he lost, Trump could complain that his protégé blew it, and play GOP kingmaker (perhaps on behalf of one of his children or other allies) in 2024 without the stigma of having been expressly rejected by voters.

How plausible is this? Not terribly.

But how plausible is Trump reversing the astonishing decay in his political foundation in recent months? Winning a second term was always going to be a challenge for a president who has never had a majority job approval. At the start of the year, however, his advisers described a plausible path to reelection. The strategy had three main elements. One assumption was that, even if he was running slightly behind in swing states, his financial and organizational advantages, combined with the passion of supporters, would mean he would outperform polls by 2 to 3 percentage points. The second assumption was that Trump had room to grow his vote share with minority voters, especially African American men; even modest improvement by Trump could weaken the Democratic coalition in devastating ways. The third assumption was that Trump could repackage his divisive as an asset. “He’s no Mr. Nice Guy,” the narrator intoned in a Trump TV ad that aired during the 2019 World Series, “but sometimes it takes a Donald Trump to change Washington.”

Five months into the pandemic, not one of those three assumptions looks secure. In key swing states, he is running much more than a couple points behind. After the George Floyd murder and Trump’s response, the notion of gains with African American voters is highly unlikely. His plan to portray himself as an ass-kicking chief executive who presided over a booming economy is in tatters, amid vast joblessness and the prospect that the pandemic will shadow virtually every corner of American life well into 2021.

In circumstances as grim as these, it would be surprising but not inconceivable if Trump decided it is time for a seance with LBJ. 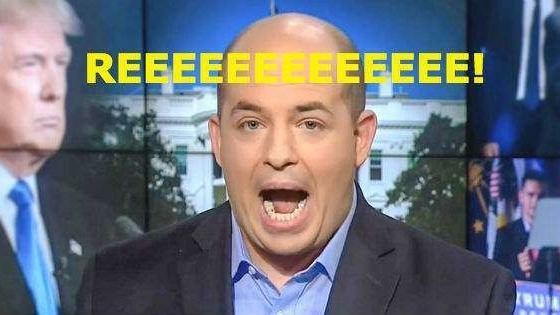 "how plausible is this? not terribly."

Is it computer AIDS? 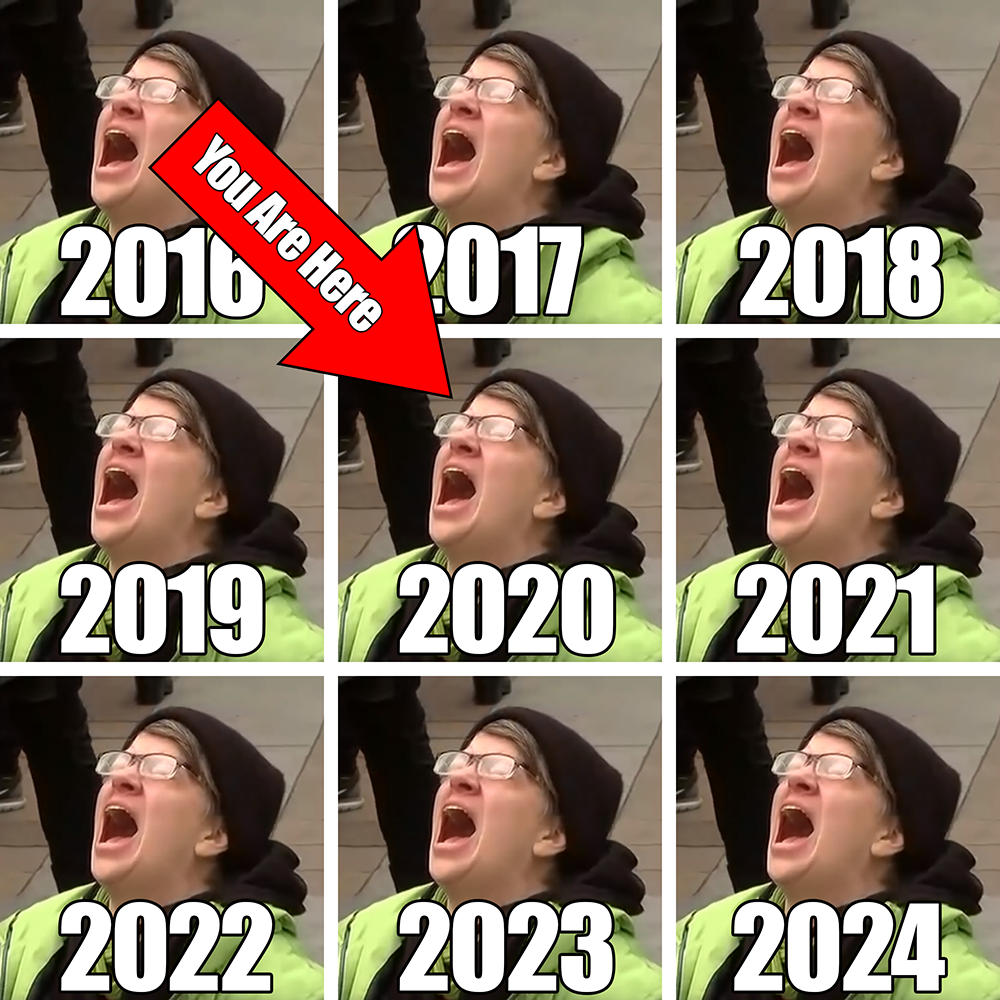