i said earlier in the thread i enjoyed the cinematography. i just thought a lot of what happened was stupid. i know it’s sci fi, but that doesnt mean regular physics shouldnt be applied to force applications.

lol yes it was. It is a constant theme throughout . At times it was cringe

What’s funny is ‘female empowerment’ in modern movies basically just tells girls to “be like men and be good at what they do!”

Probably how Brit’s feel when Americans do it and vice versa. Movies have a “common tongue” so to speak.

20+ men couldn’t take the Predator out yet she single handedly did.

If anything it shows that she didn’t understand the cost of the man’s world. She lost it all. She beat the predator yeah. But she has no one left.

Isn’t the Predator in this movie trying to prove himself too, aren’t they all. Same as the female lead.

I enjoyed that this Predator went toe to toe a lot and took damage also.

Once again, being smart beat a Predator.

Idk. Way I saw it, predator had taken some licks all movie long. Lost a fucking arm. She has some scrap. Got the W for the sake of a happy ending. Boom. Fun movie.

She slid between his legs and looked like a luchador fighting him. 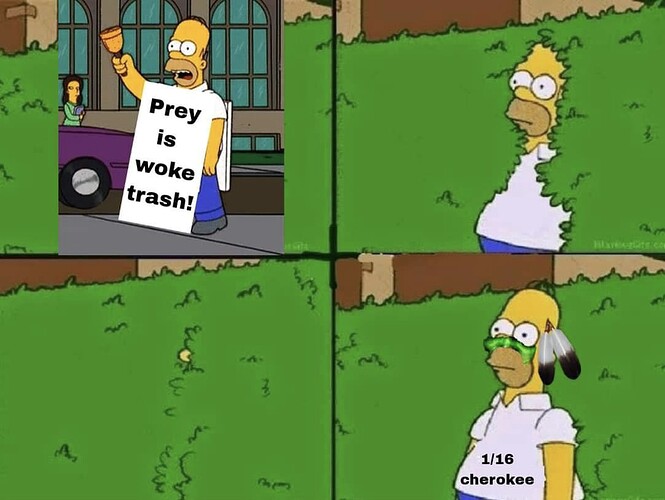 Good, but not great.

Would watch again in time.

She goes from training with a hatchet, to barely getting out of the mud, to going John Wick and taking down a camp full of armed fur trappers, and then the Predator, all in a couple of days.

I like how she needed no training at all to be an absolute master at her hatchet on a string weapon. Guess the director decided the movie had enough progress in it already.

One of these Indians was an easy kill for the Predator.

The other walked off with its head. 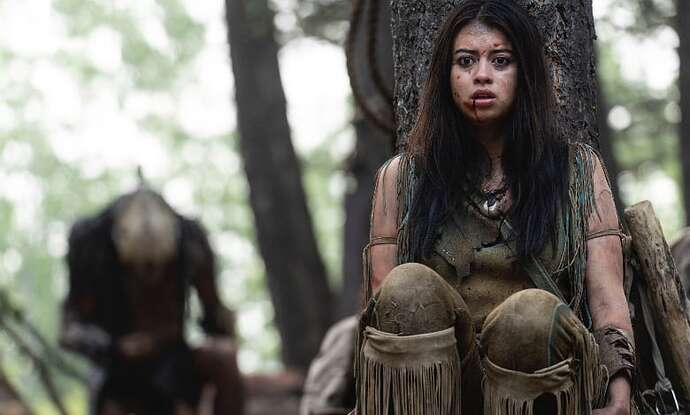 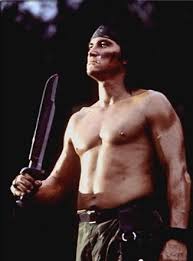 I laughed out loud at the notion of these Indians sleeping with their war paint on, but the flick was otherwise pretty decent. I liked how all the badass Indian warriors were scrawny dudes with slick moves.

Amber Midthunder was in that show “Legion” and she was good in that, too.

To be fair, this is the kind of stuff that Dark Horse Comics would have published back in the day anyway.

The more concerning issue is the Predator franchise being downgraded to TV-grade schlock when it used to be summer blockbuster fare.

I saw a highlight and the Indian girl kung fus the Predator. She’s stabbing him everywhere, sliding between his legs and stabs him up. Stabs his knee, stabs his toes, stabs his thigh. Predator is just a big goof compared to the agile, quick, kung fu girl and can’t get his hands on her.

Pretty good “dumb” movie. The “Nobody thought the girl could do it beause she is small and weak, BUT SHE HAD A BIG HEART AND COURAGE AND WAS SMART AND SHE SAVED THE WORLD!” thing is here to stay. No sense being annoyed by it anymore.