“More angrier”? What a fucking idiot.

This is why ranked choice voting is insane

Heading into the instant runoff, Nasreen Sheikh-Yousef, a progressive Democrat, led with 22.4 percent of the vote, followed by Steven Dimillo, a Republican businessman who had 21.1 percent. They were followed by Marpheen Chann (17 percent), Benjamin Grant (12.4 percent) and Catherine Buxton (11.2 percent).

But, after a series of runoffs in which a computer redistributed votes based on voters’ rankings, City Hall spokeswoman Jessica Grondin said that final winners were Chann, Sheikh-Yousef, Buxton and Washburn. Washburn had only 4.2 percent, or 367, first-place votes heading into the runoff, but ended up beating DiMillo, who had 1,873 first-place votes. Washburn ended up receiving 3,478 votes to DiMillo’s 2,276. 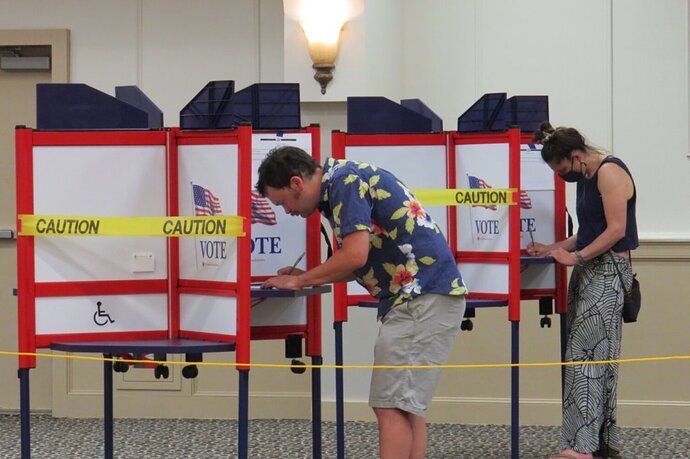 The four at-large races were decided by four separate ranked-choice runoffs, a process that upended preliminary totals based on voters' first choices.

Liberalism is a mental disorder.

So voters didn’t actually elect these people, an algorithm did?

NH could use a good dough tosser like yourself Gritty.

Yes, we have ranked choice voting. You pick your top three choices. If no one get’s a majority vote then they rank people’s second and third choices to determine a winner.

This is response to Gov Lepage winning two times with less than a majority vote. Usually there is a liberal, republican and an independent that run. The independent usually is a liberal that didn’t get the nomination so they run on their own. They split the liberal vote and Lepage got in. Liberals were up in arms and got ranked choice voting through legislation.

Funny I heard no one complain when Clinton got elected with less than a majority when Perot split the conservative vote with Bush Sr.

Yes, we have ranked choice voting. You pick your top three choices. If no one get’s a majority vote then they rank people’s second and third choices to determine a winner.

These people keep this up, they might just get to see what a little white supremacy looks like first hand.

Portland, Maine should be shipped to Portland

It’s all fun and games until Sharia Law bans Birkenstocks and the Indigo Girls.

But that’s what you fuckers imported for cheap labor.

That’s the basis of immigration system in the United States.

Too soon for a recall?