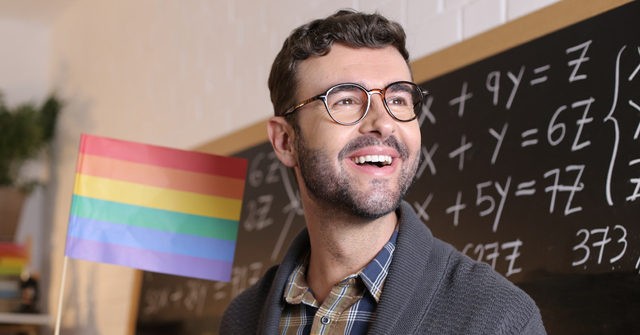 The National Science Teaching Association held training sessions for Pre-K-12 teachers to inject gender ideology into their classrooms, including referring to their students by their bodily functions to be a “better intersex ally.”

One video included in the slide show says that some use language like “people with penises” or “people with vaginas” instead of “male” and “female” or “men” and “women” so as to be “more inclusive” to transgender people. That language, however, is not inclusive to intersex people.

The training also tells teachers to hide information from parents if students come out to them.

“Sex is biological, what a child has been assigned at birth. It’s not always correct and it doesn’t always match with gender identity,” a footnote of the “Queer Your Classroom” slideshow says, arguing that gender does not equal sex. “Gender is multi-faceted and a social construct. Gender identity is how you see yourself. Gender expression is how you express/display your gender to others, and gender attribution is how other people see your gender.”

Some tips the training gives teachers as to how to refer to their classrooms is never to say things like “ladies and gentlemen” or “boys and girls” and to instead call them other things that “[don’t] reinforce the binary.”

“Supporting the binary explicitly and implicitly denies anything outside of the binary existing,” the footnote reads. “You wouldn’t tell a student that they aren’t Black or Hispanic if they happen to be both. In the same way, you shouldn’t tell a group of students that ‘boys and girls’ or ‘men and women’ and ‘ladies and gentlemen’ are the only options.”

“This language is antiquated and restrictive,” it continues. Alternatives include “lovelies,” “party people,” “kids,” and “folx.”

Some “strategies for schools” include getting rid of traditions like having a prom king and queen, or observations of Mother’s Day and Father’s Day must be “inclusive of all families/family structures.”

In a slide about how to inject the ideology into science classrooms, the presenter admits, “In my chemistry class, I’ve infused talking about gender and sexuality even when it doesn’t seem like it would “fit” or that there would be time.”

“When we talk about the electromagnetic spectrum, I connect the word ‘spectrum’ to how gender and sexuality can be a spectrum so that students can understand that there can be two ends but that values are possible in between,” the presentation continues. “Kind of like a numberline.”

The presenter also says part of some projects is to “research an LGBTQIA+ scientist or other marginalized scientist and talk about how their identity played into their work or their discovery,” as opposed to the merit of their research or contributions to science.

“You can talk about the difference in gender v. sex with chromosomes or talk about reproduction in a more inclusive way that would require talking about reproductive organs and functions without saying ‘all men/boys have a penis’ or ‘all women/girls have a vagina’ because that isn’t true,” it continues. “In math, it’s very easy to change word problems to not be heteronormative!”

1. a false belief or judgment about external reality, held despite incontrovertible evidence to the contrary, occurring especially in mental conditions:

Now, looking at that definition, the leftist will typically respond with… “That says it’s about EXTERNAL reality! Not the person’s own body and view of self!”

But of course, the leftist is wrong yet again…

So, you see… these trannies are indeed delusional by definition.