I only remember older people doing that. Pretty sure it was a pre Vatican council thing when everything changed in the 60’s and they stopped giving mass in Latin.

They’re the architects of the Christianity everyone knows, sooooooo Protestants just slightly reformed what was already bullshit.

Constantine is Christianity and he died not believing lol.

Tiny little sign of the cross on forehead, mouth and over heart before the Gospel reading

Wonder why it was only the old people who did it.

Cause they’re the only ones who know what’s going on. All the young people are watching them for cues on what to do

After crossing oneself in church, there was this thing people did. Something like kissing their thumb and rubbing their forehead/face/chest.

For some reason they never taught us what the hell this was. We didn’t have to do it for first communion or confirmation. But the older people always did it.

What the hell is it? Something about the apostles? And how exactly is it done?

I think it’s mainly a thing that older Italians in NY/NJ do.

Then they go out and whack someone…

Don’t be so hard on yourself. You probably just weren’t his taste.

One of my wife’s priests was a pedo. But he never had any interest in young girls so she was safe. As a kid, she told her parents he was a creep. But, they just assumed he was gay like 80% of American priests.

Father Michael HANDS did the world a favor and killed himself in jail while awaiting sentencing. 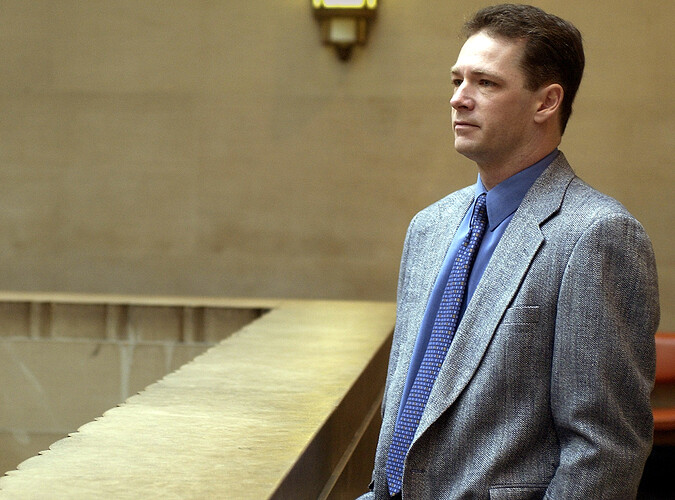 A former Long Island priest and convicted sex offender was found dead in his Saratoga...

What amazes me is not the fact that you openly encourage suicide but that you are atheist as well.

Thank you all for solving the mystery for me.

Although I do remember this one old lady. She’d bring in a trash bag full of old fabric, clutched to her chest as tight as she could. Whispering g to herself in gibberish the whole time. Apparently she thought it was the shroud of Turin. Wouldn’t sit in the pews or follow along. Just paced around the back of the church during service. No eucharist, no nothing. Nobody ever stopped her.

The rest were normal though lol.

Like most religions, the ideals are usually OK, then god damn man takes advantage and corrupts them

Nah, you do it after and point to god.
Thx for the TD.

Oh and a big RIP to my boy Father Crines.

Old man was losing his mind at the end. Tripped on his way up to the altar and blurts out, “this goddamn floor is crooked!”.

Last time we saw him.