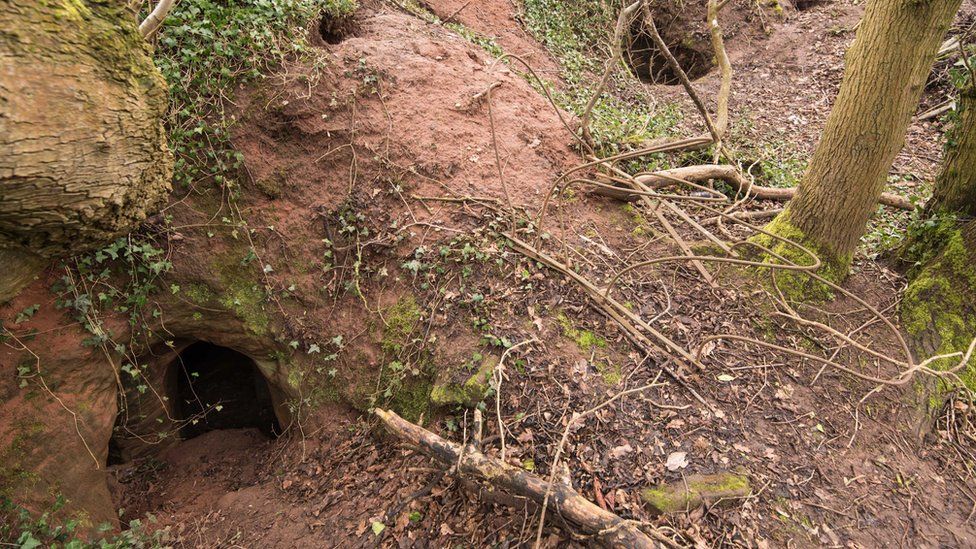 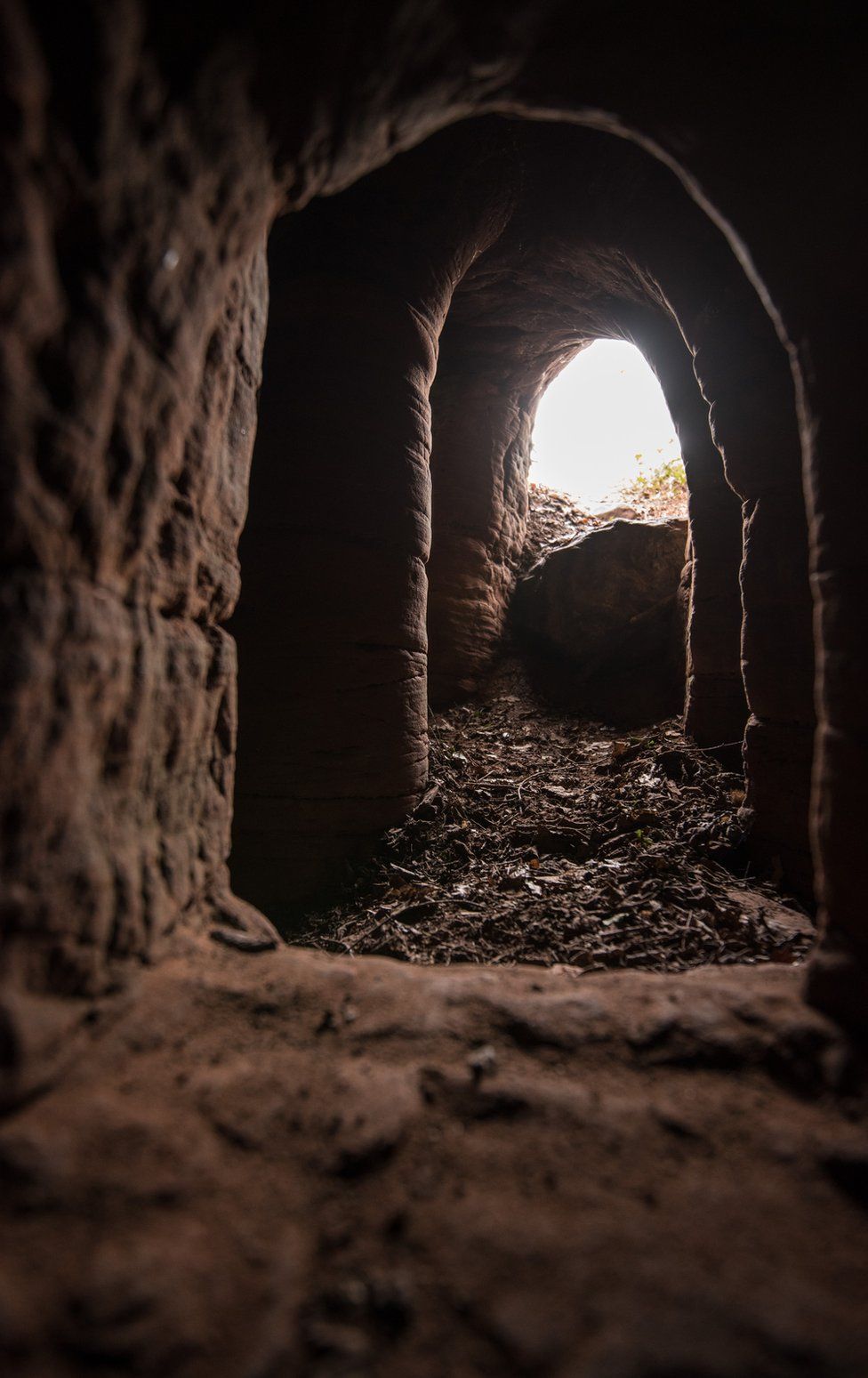 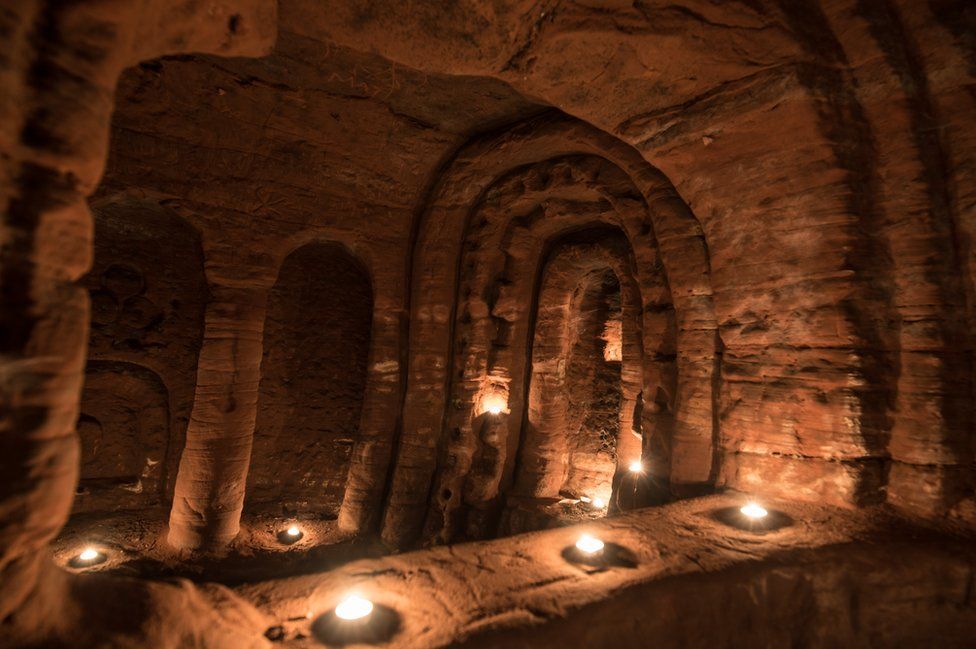 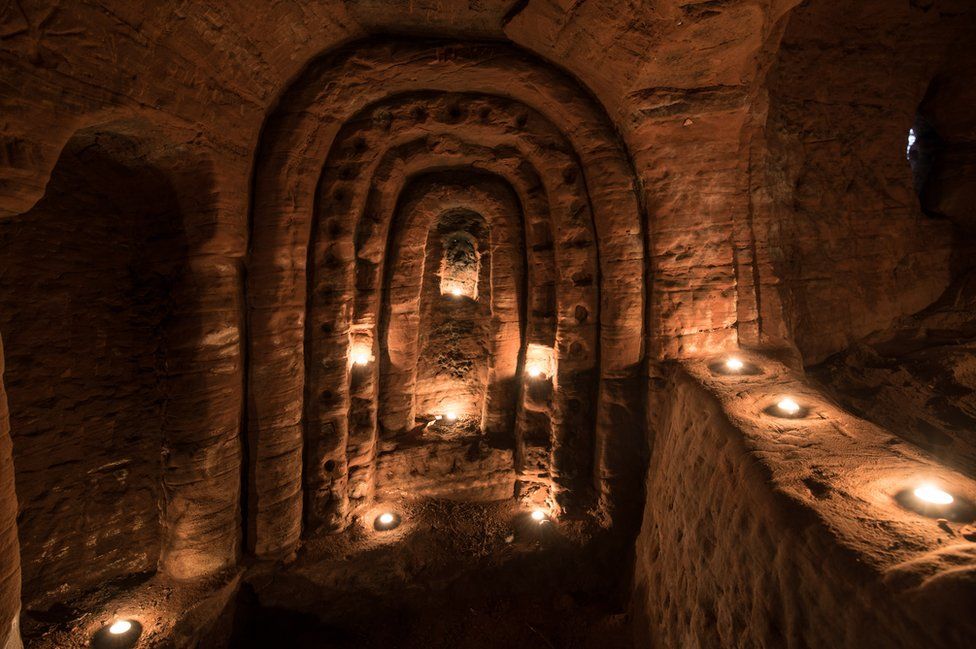 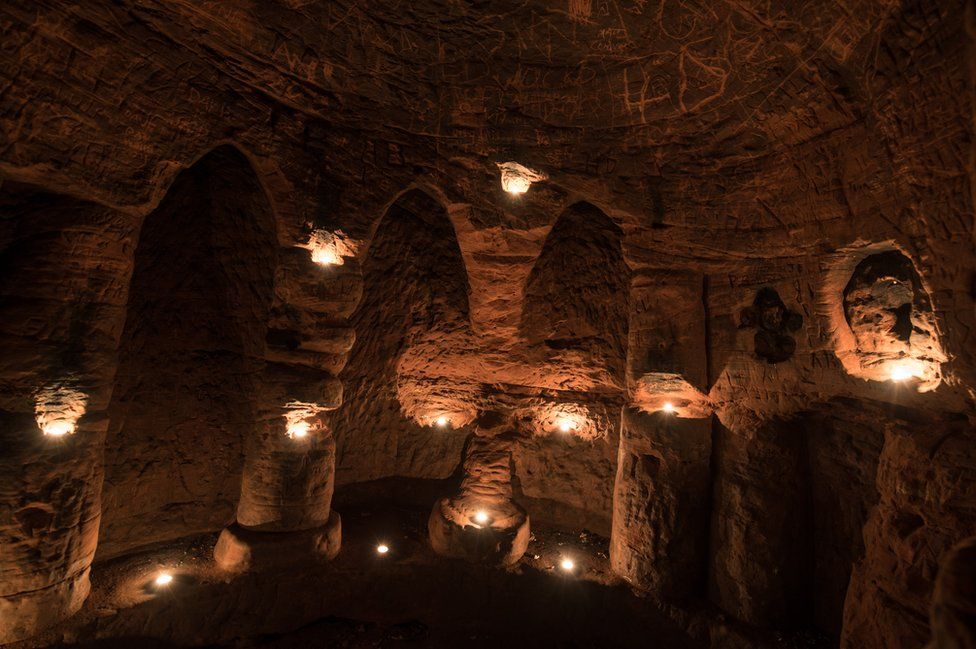 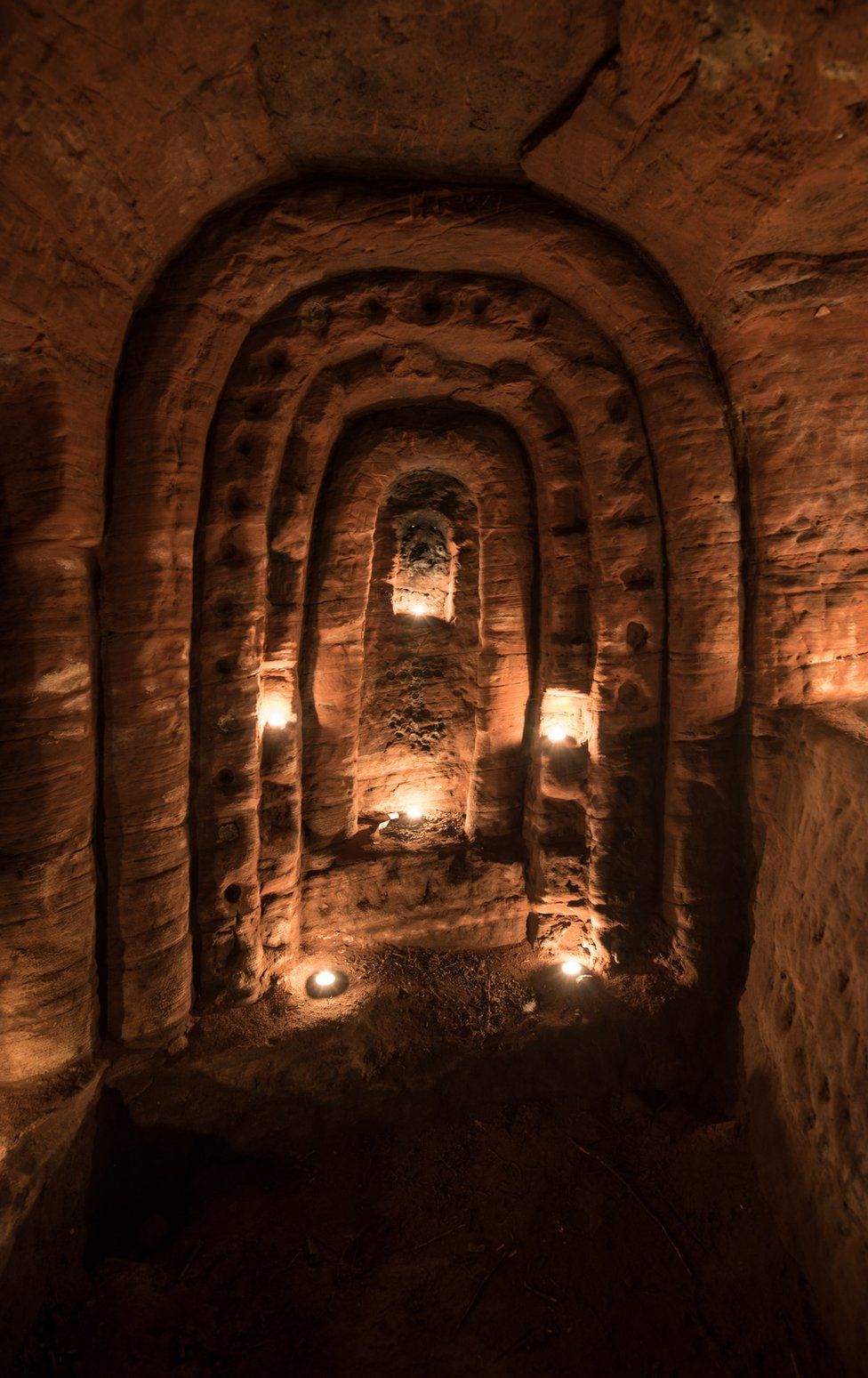 An apparently ordinary rabbit's hole in a farmer's field leads to an underground sanctuary once said to be used by followers of a the Knights Templar - a medieval religious order that fought in the Crusades.
The Caynton Caves, near Shifnal in Shropshire, appear to be untouched structurally and date back 700 years. They are less than a metre below the surface.
Michael Scott, from Birmingham, went to photograph the caves after seeing a video of them online.

He said: "I traipsed over a field to find it, but if you didn't know it was there you would just walk right past it. Considering how long it's been there it's in amazing condition, it's like an underground temple."
The tunnel leads to a network of walkways and arches carved out of sandstone, as well as a font.

Mr Scott said the cave was "quite cramped" and those nearing 6ft (1.8m) tall would have to bend down to fit in. Some chambers are so small that those exploring have to enter them on hands and knees.
"I had to crouch down and once I was in it was completely silent. There were a few spiders in there but that was it. It was raining so the slope down was quite sludgy but inside the cave was bone dry," he added.

So thats what 'down the rabbit hole' means...

They must have had Caveowners Insurance.

It was not "discovered" but actually known about years ago.

The farmer who owns the place got tired of people sneaking into to do who knows what and leave crap all over so he had it buried.

Not sure why it was suddenly "found."

It was not "discovered" but actually known about years ago.

The farmer who owns the place got tired of people sneaking into to do who knows what and leave crap all over so he had it buried.

Not sure why it was suddenly "found."

What are you saying? That this is some sort of  cover up?!

I'm guessing the guy who goes around lighting the candles in all those dungeons in RPGs probably took care of it.
seg March 8, 2017, 7:43pm #13

Probably found by a couple detectorists

The candles all lit simultaneously when they entered.

Don't drink from the gold goblet

So many interesting discoveries in the last few years.

If I found that on my property I wouldn't tell anyone. The first thing people and city official would wanna do is snoop around in it and make a spectacle of my property. I'd build a concrete door, load it with survival shit and bug out son