Lot of racialist discussion lately. Figured Id re-examine an old idea I had a few years back on here. Similar to the card game war but RACIAL instead of number value.

Post pics of racial prototypes(but make them fictitious people) and give a short but concise reason why you feel they beat the guy theyre going up against.

Example to get you started.

Reason: Even the most street-hardened thug is easily shaken at the sheer fanatacism of an out of control Arab. They cant be intimidated or bullied because they're not only willing to die(a fear most have which empowers the thug) but theyre TRYING to die. The thug cant say the same. He'd better have enough bullets in his gun to hit this cat in the head(holding it sideways like a retard of course) before he gets a bazooka up his ass.

Not even fair. This thread will be every single stereotype and why they beat black thugs. Guaranteed.

No I dont think it will Abe.

Black thug EASILY beats several. Obviously they beat asians. But they beat quite a number.

But you have to admit that my analogy is sound. The worst hoodrats you might have ever known would be shitting their pants if they found themselves here: 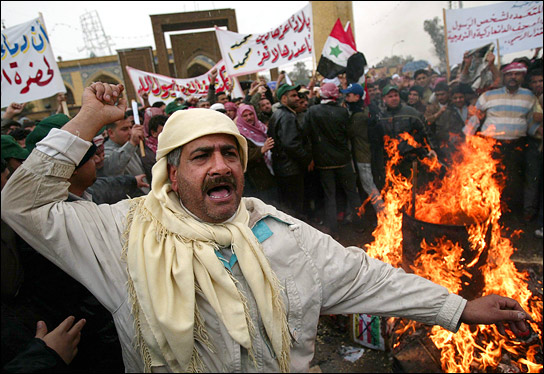 And the converse is not true. If a bunch of fanatical Arabs found themselves say here:

They'd immediately claim they were offended by the lack of a giant bell going off 5 times a day. Then they'd Immediately have all their relatives move to where they were and start voting and making outrageous demands and protesting. Know those delicious rib places these^ guys probably love? Say goodbeye.

Hell, even dropping the Arabs here: Would just result in them getting into organized death squads and killing the indigenous people who could either convert of die.

And honestly Abe I think this has potential.

New one, you guys decide:

Who takes it? And more importantly, why?