Raiders always get up for broncos

Carr embarassed him in the timing passing/reading defense category today

I want your opinion on the no call helmet to helmet on Adam’s?

Then,they turn around & give Adam’s the 15 yard penalty. 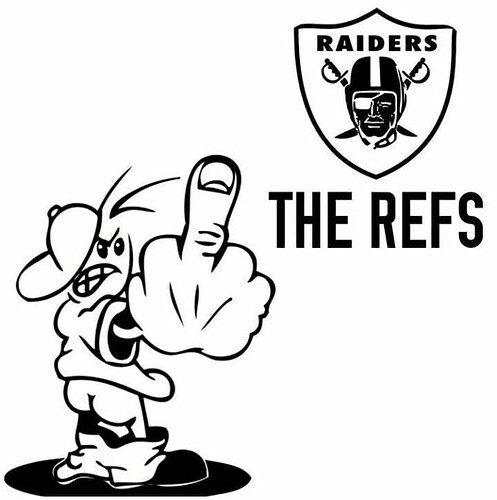 Carr embarassed him in the timing passing/reading defense category today

Carr had a minimum of 6 passes that he needs his ass kicked for.

What the Bronco’s are saying.

Surtain getting clowned early.
Harris most likely out for the game with a knee injury 3 minutes into the game.
Status Quo for this team.
WOW, Wilson actually saw the blitz and made a good decision and throw.
Amazing start on offense.
It should be that easy every game.
Hinton may turn out to be the most legendary Bronco ever. He is impossible not to love.
So you can score a touchdown on the opening drive
Promising start. We are ready to play. This already looks different.
First series and we can see the play calling is much improved and the plays seem to have more fluidity. Les hope this continues.
That was unusual. A drive that led to a TD.
Let’s not celebrate yet. It could have been a fluke drive. Let’s see if they can do it a few more times before getting too excited.
As usual we commit stupid fouls for no reason.
I see we can’t tackle again this week.
Jacobs has Denver’s number.
Noooooo goooood!!!
He missed it!!! Nice.
Sutton has to bring that in.
Sutton drop…Pathetic and makes me scream
Sutton has to catch that but he was going down short of the marker regardless.
we may make our season PPG average in the first half if we keep this up
2 straight scoring drives holy moly
That’s how the last game started out…
Man. Struggling to stop Jacobs. Yikes.
Guess we aren’t covering Adams this part of the game… idiots…
Can’t sto the run and not doing a good job of tackling.
Adams is a pretty good receiver.
How do we leave him that wide open?!?!?!
Because our “elite, shutdown corner” doesn’t shadow their best WR…even though he is their only legit receiver.
Speaking of which, Surtain just got punked on that TD.
Can we now stop the comparisons to Champ? Surtain is nowhere near that good.
Surtain continues to get clowned.
Well fellow fans this is where the downfall starts. I see Surtain on the field but there is no covering Adams so far. Raiders are running around the field getting every first down. Something has to change of Denver is going to win this.
Seriously, we’re going to trash Surtain? Give me a break. Leave Surtain alone. Let’s go Broncos.
Gordon strikes again
Wow, Gordon fumbled?! That never happens! Oh…wait….
Blocked FG…of course…
So the Red zone offense is exactly the same.
If Murray is the back like he should be that’s a touchdown. This team is so clueless. The guy fumbles every game cut him
Why do I watch this crap
I swear it’s amazing how every week someone finds a way to lose….once again it’s Gordon and then again McManus gets blocked. losers lose, that’s the bottom line and it’s infuriating

Well, 3 n out coming up.
Dang. here comes the shift in momentum , 2nd haft started out bad too.
Might be time to put up some Christmas lights. This game is over.
3 and out there we go
Crosby with the sack… who the hell the raiders have without him???
Any momentum we had before the 2nd half was gone with that final series. That will be why we lose.
I think Raiders will score 21 this half. We might get a FG or two.
why cant we stop jacobs unreal
Tie game… he makes it from 52 yards… we get blocked from like 25… typical.
The coach and Gordon should have been gone weeks ago
rolling right into the pressure. We are so screwed for 4 more years.
What a terrible punt.
The difference between first and second half performance is hard to understand.
This is how I truly feel currently. This team can’t complete a full game but they sure can give you a quarter and a half of solid football before they cave in. Penalties and not being on same page with receivers doing us in currently. Dropped passes too.
honestly it doesn’t matter who coaches this team. Fire this coach tomorrow please. The worst second half team in football right now
Stares Adams down the entire play and he is still wide open.
This game is like the football version of Dumb and Dumber with Hackett and McDaniels replacing Jim Carrey and Jeff Daniels.
Nice adjustment Sutton but can we at least pretend to threaten the run in 3rd and short…?
Why dont we have a TE to help with Crosby? The dudes an animal.
Because our coaches are clueless.
Crosby kills us everytime smh
Again Crosby… 1 man wrecking crew… Raiders have like 4 sacks all season that were not from Crosby… damn…
Every Single Time I remember a game I think he had 5 sacks on Denver in 1 game ugh he is Denver’s one man wrecking crew !!
Back to settling for a FG…some things never change.
I hate Russell Wilson so bad.
Feels like we’re getting killed in the run yet they only have 10 points… nuts
We’ve been the much better team. Need to put the game beyond the Raiders on this drive.
You line up 5 receivers and pass it 4 yards? smh
I feel nothing but pain watching this team every week.
3rd sack this quarter and again on third down.
I’m trying so damn hard to be excited to go to the game next month because my girlfriend got me tickets for Christmas. But my God, it’s getting harder and harder to be able to watch this pathetic excuse of trash week after week.
slip slip slipping away… The D is leaving wide open hole, then Jacob finds it
I hate field goals. We are now a culture of celebrating field goals and it is embarrassing.
This has the makings of the Raiders scoring a TD for the win. If the D ever needed a turnover, it’s now.
The one time you should’ve taken the sack and not thrown it away…
Only person who would have passed it other than Hackett was McDaniels…
Another loss. Bad coaching kills us again.
thats what stupid offensive play calling gets ya…
Faiders enough time to win it, we find new ways week after week to choke it up…
Wow just awful & sadly predictable
lose 2 x to mcdaniels oh my fire him
BAHAHAHAHAHAHAHAHAHAHA!!! What an absolute joke we are.
Lmao. This team is worse than the stupid Pittsburgh Pirates. Equally stupid owner and GM. What a joke.
Is there a reason they pass ball third and 10 after 2-minute warning when LVR out of timeouts? We are led by idiots.
Still alive, but seriously… when do the admins give us a poop emoji
We have a good defense but enough with this elite defense stuff. Teams know we can’t score more than 16 points so they barely even try to score. Just hang around until they score enough to win.
Micah Parsons much better than Surtain. Needs to be said every week.
Lol, a touchdown on the 1st possession… cuz that can happen in this game
That was easy.
Still can’t cover TE’s.
No ILB will do that.
2 plays and in FG range. We are just doodoo.
Sick of watching this team suck week after week.
WOW Fire this clown already
Oof, that was ugly from both our supposed All Pro DBs
Did anyone really think we were winning this game?
Can some one tell me when the D is gonna take the field… cause they haven’t been there the last 2 drives…
Game over… again… D chokes again… Doesn’t matter what we do… we find ways to lose… Cannot get this damn season over quick enough.
Swept by the Josh Mcdanel’s Raiders.
That’s a hard one to take. We were the better team and played reasonably well but were dome by Adams.
Well that was quick. We account for more than half the Raiders wins… blegh.
Find a way to lose…that’s our MO
we do dumb things to keep teams in the game and when it comes time to make the plays in the clutch we make the wrong ones.
McDaniels gets to keep his job for another week. Fire Hackkett NOW!!
gonna get swept by the AFC west lol
Faiders have 3 wins and 2 against Denver… hard to believe we have a team that sucks more that the ones under Vance and Fangio… but we do… Kudos to being at the bottom of the barrell and finidng another barrel below out… 3-7… Can’t hold a lead… doubt they can hold their own jocks… pathetic.
I’m done with this team. I’ll see you all next year
this has to be the bottom…but honestly it’s not. things are gonna get much worse.
RW has to know better on the end of regulation. Take the sack! Don’t throw ball away. 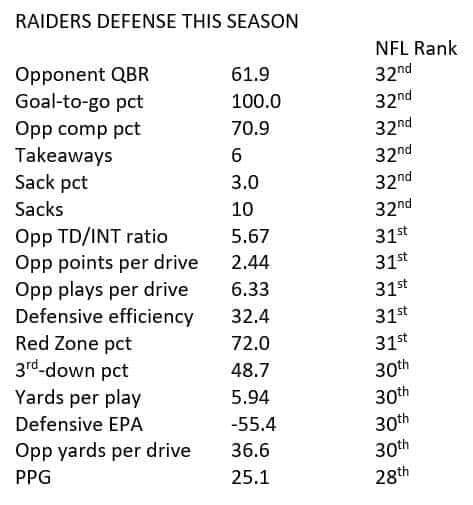 Jesus Christ! That is fucking bad. At least they have an electrifying offense to make up for the defense…oh wait…

Was walking around with a very slight limp earlier.

Carr is going to kill our defense.

We just might be playing one half of football again.

Gotta go for it on that 4th down.

Shoulda ran this 4th down right up the middle

Carr is infuriating to watch, that’s two overthrown balls in like three plays

good, they may stink but fuck Seattle