I’m watching slam dunk right now, and I’m going to be simping for spy x family for a bit. I’m really enjoying both

Thanks pope. Doing what I can!

Can’t wait to watch Spy x Family. Saw the second episode right before I left and was loving it. Will be able to watch atleast half the season or so before I have to go back

I’m happy they nailed the adaptation, it’s been blowing up lately and rightfully so

Yeah, I’d been hearing about it for awhile but didn’t think it was my type of manga. I read a little “Kaiju number 8” and liked what I’d read. 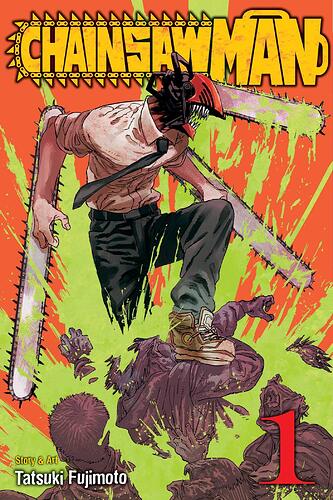 I like how unique it is, chainsawman is as well. It’s closer to a typical battle manga, but it’s not really like any that I’ve ever read. They’re both definitely going to dominate for a bit I think.Haven’t heard anything about a Kaiju number 8 anime, but from the little I read of it, I could see it being big too.

I think Chainsawman will go down as one of the greats once animated. The manga was so god damn good, Fujimoto writes some super fucked up but interesting stories. Fire Punch was like the best B-movie in manga form lol

is the manga done already?

Chainsawman finished in Shonen jump. But it turns out it was just a “part 1” to the story. Has a great conclusion though. The second part of the story is supposed to start in the summer when the anime premieres. But the second part is being published on shonenjump+ which is exclusively online but also gives him more freedom.

Legally? Chrunyroll I’d assume. It’s pretty unique for modern anime/manga, I’d actually be curious if you like it or not.

That’s awesome, I was worried it was done when I saw you said the manga ‘was’ good. I may give the manga another go then, I was pretty far into it before I got a big plot point spoiled for me.

Down to check it out.

It’s supposed to come out sometime this summer. That animevibe website I posted earlier in the thread is a solid free one if you don’t have chrunyroll

I cut off funimation when they dropped the Tenchi OVAs… but they are back now. May go back since it’s 50$ for the year.