Rapinoe Tells Girls, Parents To Suck It Up Over Trans Athletes: ‘Your Kid’s’ ‘Volleyball Team Just Isn’t That Important’

You watched The Boys.

What a vile woman

There are no “gender-confused children”… there are just children. This sickness is forced upon them by depraved wicked adults.

The ladies that are pro fighters find this topic absurd. The ones at my gym train with my teenage boys and small green ammy men. If a man pro fighter faced them the women would get seriously hurt. They’d happily admit this.
Gender studies majors who’ve never done sports have no idea.
Why would they? The black widow can hang with Hawkeye. They just obviously have no idea.

I know of zero women pro fighters that think a sex male should compete Vs females.

Have any that I don’t know of said they think it’s fair?

hope she jumps off the san fran bridge

She is a living breathing wojack meme.

Idk. I probably give more of a shit about a local high school volleyball game than I do about womens pro soccer.

they’re gross and different and evil and sinful 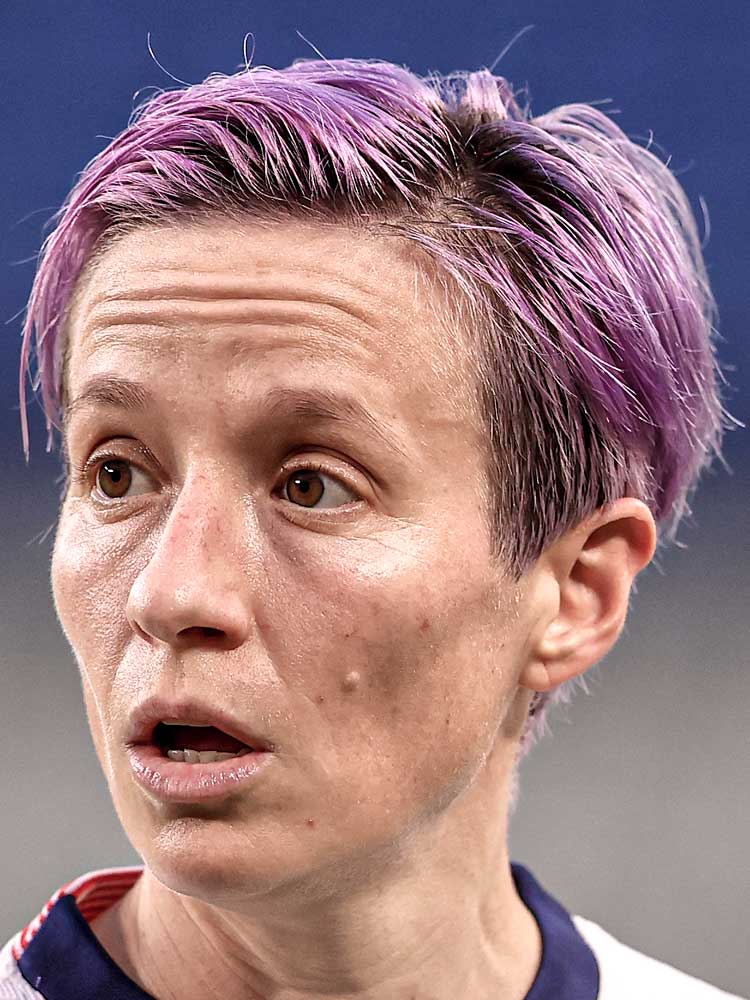 Most colleges fund their sports with revenue from mens football and basketball programs.

So she’s condoning transitions which seem to cause more suicides and do more harm in society than good. Seems like she is the one who needs to get a grip.

The ESPY award-winner claimed without evidence that gender-confused children are committing suicide at higher rates “because they are being told that they’re gross and different and evil and sinful and they can’t play sports with their friends that they grew up with. Not to mention trying to take away health care.

This makes no sense but isnt considered up for debate by them. Why wasnt this a chief cause of suicide in the past? Where there was definitely no chance of transition surgery…

I honestly can’t wait to see transgenders replacing every single woman on that team. I’d watch that just for the laughs.

If women won’t fight to boot transgender men out of their competitions, I’m not going to help them. 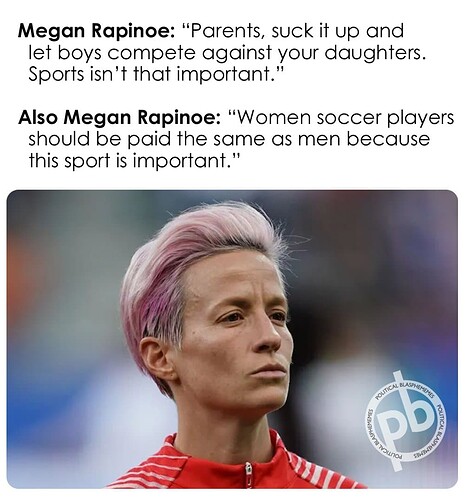 Says the spokeswoman/activist athlete who spent years tell us all how important womens soccer is and how they should be compensated equal to mens soccer.

I dont have kids but the second I had a daughter then her ability to compete in sports fairly immediately skyrockets above mentally ill freaks.

I notice these people never , ever , address female to male trans. It like male-trans don’t even exist in the world. But they’re actually free to compete in virtually all male events, even in the olympics.

For most sports gov bodies it’s not about being trans, it’s about being born a biological male and the advantages of size and speed that generally brings.
The whole stupidity comes from the insistence that trans women are actual biological females. They’ve forced this wishful thinking everywhere and are trying in sports but Due to the real world consequences people are actually fighting back.

Wonder what she would say if men started playing in teams against her, and completely dominated her and her team all the time?