Honestly, that was a pretty good basketball movie. It was formulaic but pivoted from places you expected it to go just enough to keep you engaged. All the on court and off court ball related stuff was mostly believable. Sandler was solid, my guy Juancho Hernangomez gave a good preformance for being a pro athlete. Some decent cameos, couple zingers from Sandler. Not too shabby.

Shakespeare’s “The Tempest” as a space opera, one of the first sci-fi movies made with feature film production qualities. If the fx were a little better it would be near perfect. Ann Francis was a babe and Robby the Robot is cool. Only issue with this viewing was that it was a TV edit on Svengoolie on MeTV, and therefore low res. Seen on something like TCM it’s a visually a very nicely made movie. 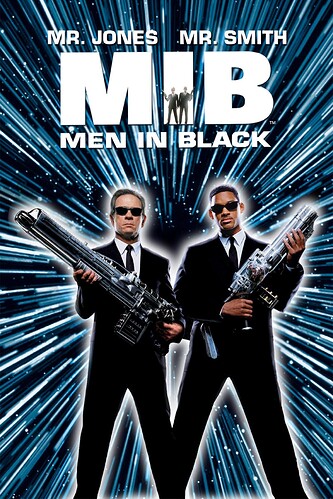 What can I say? This is just a really fun film. The story, acting, and special effects were all pretty good.

It’s really nice to see on the big screen, a great looking movie - a theater chain here does Tuesday Night Classics for $5 and I saw it again there. Awesome movie, probably a big influence on Star Trek. You could basically swap in Kirk and Bones and Spock for the main characters and have a Star Trek episode.

The Thing is being re-released in select theaters this year for the 40th anniversary.

I want to go see it in a theater, but nothing around me is doing it

Jurrasic World: Dominion 4/10 - Not good at all. I saw two people in the same row as me sleeping during the movie and I feel jealous that their movie experience was better than mine. So much recycled predictable shit in this movie.

These movies have to be aimed at like 10 year olds that have never seen them. Someone in their 40’s that have seen them all should probably realize they’re all the fucking same. They’ll make another one in 5-7 years to aim at the current generation of 5 year olds. Young kids love dinosaurs. Poor parents that have to actually take their kids to see this shit after seeing like 6 of these movies haha.

They are making these for the new generation of viewers, not the 45 year olds that saw the first one when they were 18

I thought they were making them for people like me who seen the originals. Apparently I was sadly mistaken. I now understand why they all fucking suck. You’d think these fuckers would quit fucking with the dinosaurs after like the 6th mass killing spree. Quite frankly they all deserve to die. “I got an idea, we’ll have a T-Rex and we’ll just make him bigger.”

I like Chris Pratt, and Watching Bryce Dallas Howard jiggle around.

My kids love the movies though, so we’ve watched them all…haven’t seen this one yet though. Not going to the theater to see it, we’ll wait until it hits streaming (or has it?)

Honestly the Newer ones have all been better than the Jurassic Park where the girl did a gymnastics routine in an old shed and kicked a Raptor out the window…and the third one of the original trilogy was just horrible.

I’d love them also if I could get my kids to shut the fuck up for 2 hours. Haha

The Thing is being re-released in select theaters this year for the 40th anniversary.

I want to go see it in a theater, but nothing around me is doing it

Thanks for the heads up. I hope it’s playing here.

also, pic, stolen from u 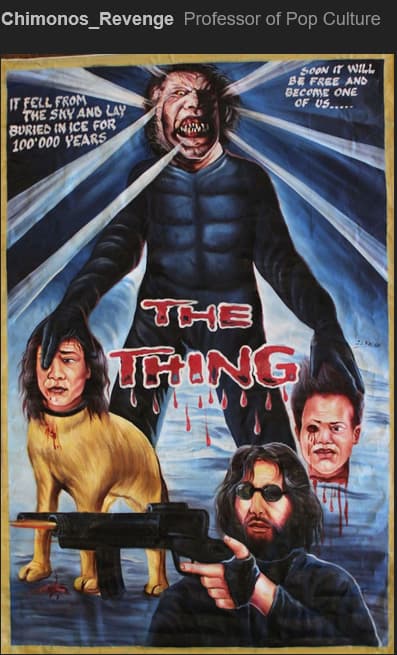 One of the best

It’s really nice to see on the big screen, a great looking movie - a theater chain here does Tuesday Night Classics for $5 and I saw it again there. Awesome movie, probably a big influence on Star Trek. You could basically swap in Kirk and Bones and Spock for the main characters and have a Star Trek episode.

Agreed. In fact when composing my post in my head I meant to mention that, and that the sexual awakening of of the innocent young beauty was replayed in several Star Trek episodes.

The King (Netflix) (10/10) Watched this last night, as my daughter is a fan of both Timothee Challomet and Robert Pattinson. Medieval drama based on Shakespeare’s plays about Henry IV, without the same dialog - Challolmet and Pattinson are both really good actors, despite being young girls’ heart-throbs. Challomet is good as Prince Hal, Pattinson is good as the loathsome and slimy French Dauphin. Good cast of younger Brit thespians you see in other films. Johnny Depp’s daughter is the bride offered to Prince Hal for peace. Lots of focus on political intrigue and tactics, the battles are well done and gory, especially the mud-filled Battle of Agincourt. Prince Hal apparently studied with the Gracies, his go-to move is to try to take the fight with an armored knight to the ground, get mount or rear mount and stab him to death with a dagger through the chinks in his armor. Get your hooks in, Prince Hal!

Funny in-joke: none of the French people claim to speak English, then switch to English when the British try to speak French. This in my experience is accurate.

I liked how women can be badasses without making men out to be castrated pussies.

In the near future, convicts are offered the chance to volunteer as medical subjects to shorten their sentence. One such subject for a new drug capable of generating feelings of love begins questioning the reality of his emotions.

Good premise, bad execution in the last half. Hemsworth did alright in the role, but it seemed like Netflix just wanted to attach a big name to the movie.
And I always hate Myles Teller.

Who the fuck thought it was feasible that Myles Teller could beat Chris Hemsworth in a fight? Hemsworth’s character should have been played by someone like Topher Grace.

It was alright. Not terribly funny but a decent enough story I guess.

Kate Beckinsale’s daughter has some martin sheen teeth is my biggest takeaway from this movie.

Not quite as bad as I anticipated given the awful feedback, but still pretty shitty. The main problem was the plot was retarded and the first hour and a half was just really boring. You can build a story and engage the audience but the storyline was just not interesting at all. The fact that they used locusts in 3 different scenes to scare/attack various characters was just stupid and laughable. The last 20 minutes was pretty good, finally got some payoff with actual dinosaurs in some decent settings. Right there with Fallen Kingdom for the worst in the series, this might take the cake.