He would have been 67 today.   He's been gone nearly 4 years now.   The world was a better place with him here.   RIP 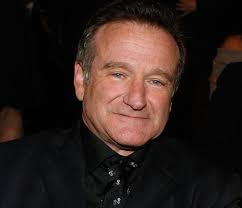 
Couldn't believe when I'd read he'd killed himself. Depression is a motherfucker.

Watched his documentary on HBO today. Good stuff. Guy had a wild ride...

Come Into My Brain.  It was great!  He did more by 35 than most will ever do.

Good MOrning vietnam was probably the first movie that ever made me laugh my ass off. I was 6 or 7.

Lewy body dementia. Real motherfucker. Met him in person a couple times. He was chill as hell. Obviously a nice guy