Roasted leg of lamb is a BIG WIN

Did not grow up in a house were lamb was served and its not in every US restaurant so never ate much of it. I’ve had rack of lamb in a restaurant and it was ok and my wife has made some lamb chops and they have been hit or miss but until now I’ve never had roasted leg of lamb. It was awesome, meat had big flavor and much of it could not have been more tender.

Had it medium rare with an herb sauce made with olive oil, salt, fresh thyme, basil and mint blended together.

Here is the big win part though… it was as good a protein experience as lots of steak and fish I’ve had but it was cheap, cost just a little bit more than hamburger per lb.

Never had it before but its crazy how much cheaper and better tasting leg of lamb is than most choice steak out there.

My woman roasted it but I’m gonna smoke one soon with something like apple and pecan. Should be killer. 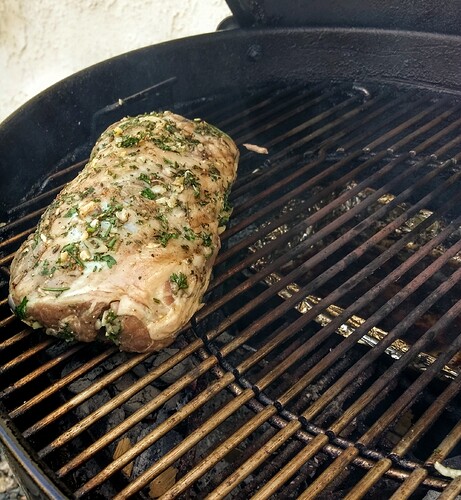 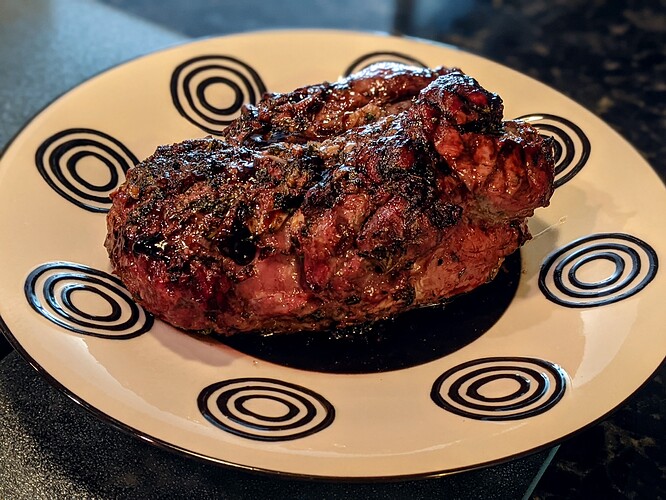 Lamb takes flavor really fast, so I’d caution against smoking with strong fruitwoods or for long periods of time.

Like, 2 hours, tops. You can also dry it out pretty easy, put a pan underneath with some water.

Good to know, thanks. My smoker has a giant water pan so that should help, I’ll keep it low too, 225, won’t use too much wood either, maybe just pecan.

At 225°, I’d go 3 hours or until the middle is about 125°. Wrap it up tight with some butcher’s twine. Don’t forget rosemary, lamb is spectacular with rosemary.

Will do. My wife grows rosemary so I’ll be sure to use it. 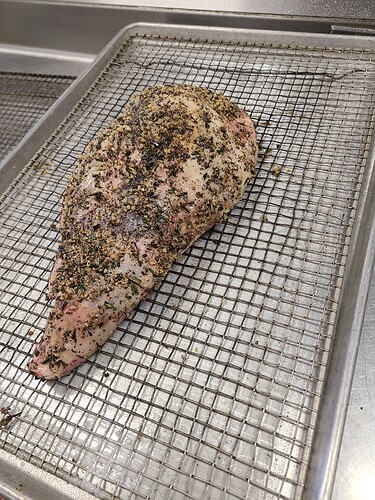 Some I did at work 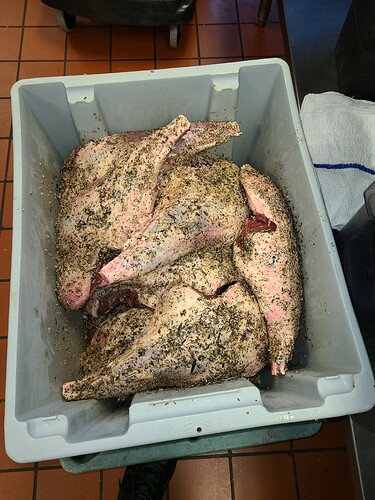