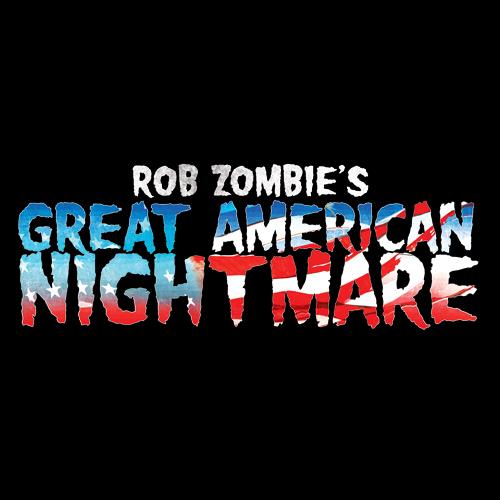 Anyone ever been to this? Its coming to Chicagoland this year and it sounds pretty cool! Did anyone hit up the Cali one last year? Worth the money?

The “Great American Nightmare’s” second city will feature three attractions based on Zombie’s own horror films: The Lords Of Salem In Total Black Out, The Haunted World Of El Superbeasto 3D, and Haunt Of 1,000 Corpses. These attractions were first seen at the 2013 ‘Great American Nightmare” debut in Pomona, California and have been improved and enhanced based on visitor feedback.

As previously announced, “Rob Zombie’s Great American Nightmare” will also make its debut at WestWorld Of Scottsdale in Arizona for select nights from September 19-November 1. This engagement will feature the following three attractions–two that have never been seen before–based on Rob Zombie’s horror films: The Lords Of Salem In Total Black Out, Captain Spaulding’s Clown School In 3D, and The Devil’s Rejects.

The Lords Of Salem In Total Black Out: This harrowing attraction–based on Zombie’s 2012 The Lords Of Salem independent horror film–is designed to twist the mind. It will accentuate some senses while limiting others. Fear of the dark, claustrophobia, and fear of the unknown will be preyed on as the visitor attempts to traverse this sixty-degree maze.

The Haunted World Of El Superbeasto 3D: Utilizing Chromadepth glasses, this innovative attraction will take the patron right into the middle of the irreverent world of Rob Zombie’s El Superbeasto 2009 animated exploitation musical horror comedy film based on the comic book series of the same name. The attraction’s unique surprise entrance, brilliant colors, sudden chills and startling thrills, and salacious humor will make patrons scream with fright and laughter.

Haunt Of 1,000 Corpses: This terrifying attraction pays homage to the exploitation horror film House Of 1,000 Corpses, directed by Rob Zombie. The extreme, traditional haunted house will take visitors on a walking journey through a recreation of the film’s “Museum of Monsters & Madmen” along with an expanded “Murder Ride,” confronting notorious serial killers along the way. This high impact, highly detailed attraction will use state of the art animatronics, video effects, costuming, sound, scents and lights.

Tickets for “Rob Zombie’s Great American Nightmare” go on sale Wednesday, July 30 at 10:00 AM CT at GreatAmericanNightmare.com, with prices starting at only $25 for September 27-November 1. Each ticket includes access to all haunted house attractions and the Bloody Boulevard activities.

Seen a couple zombie shows. Last one at lazerfest in indianola. Zombie puts on a hell of show with half naked bitches and robots. Definitely check it out!

In for details and feedback.

Ive been to a handful of his concerts that were all great with crazy shit. Thats why I think this thing might be rad. Plus a real Murder Ride! Fuck yes!

wait this will be in Chicago....someone will die for real

The Popeye - wait this will be in Chicago....someone will die for real

no bullshit I bet someone gets shot inside or outside this place the first night!