Rogan and Dana White have been exposed...

as foolish blowhards who know nothing about MMA, only UFC.

I take this as an invitation to whore our an acticle at Fedor: Wait, Who was Exposed?

I agree that the exposer has become the exposee.  Like when police conduct a strip search of a public display of nudity suspect.

disagree. they know plenty about MMA. Dana: foolhardy...nope...he was a big part of what made MMA mainstream and are makes tons of cash in a near monopoly. Rogan gets paid good cash to attend events act as commentator and gets to be a central part of an exciting sport and organization. I do however agree that both are blowhards.

well when they blow so hard they look foolish in retrospect, then yes, I think the words fit.

also, just because you do some things well does not mean you can't be a fool at the same time.

I expect this type of rubbish from dana; it's virtually his job to be a shill for the UFC, but rogan has been pretty candid in the past, giving credit where credit is due, and I was surprised to see that string pulled on his back and the response he made...

if rogan was shilling for the ufc why did he say overeem would beat fedor and not a ufc fighter? 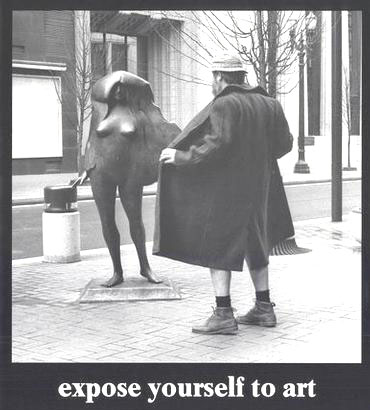 jacktripper - if rogan was shilling for the ufc why did he say overeem would beat fedor and not a ufc fighter?

To avoid appearing like a UFC shill maybe? In the next sentence he could point out to you that Chuck and Shogun (UFC LHWs) already stopped Overeem

article was a frat but what I read was outstanding. condense it and you are gold.

hmb - article was a frat but what I read was outstanding. condense it and you are gold.

No more exposed than the many blowhards making kneejerk thread after thread analyzing two sentences from two different guys, one with no context or follow up explanation whatsoever (a 'tweet' for Christ's sake).

You may think White is a douchebag in his ramblings, and thats a perspective anyone can understand. But he's consistent in his MO, and his comments arent actually shocking. Saying he knows nothing about MMA, particularly based off your emotional reaction to what he said, makes one just as, if not moreso, narrow minded about the sport and its figures.

Fedor exposed UFC has a smoke and mirrors propoganda machine ages ago.

Dana used to harp on about Arlovski, then Sylvia as being the best HW fighters in the world and that Fedor had to fight them to prove his worth.  So Fedor takes them both out in a round and Dana actually then goes on to say that their HW division back then was shit, which is exactly what us fans used to always say and he steadfast denied, saying the PRIDE HWs couldnt hold a candle to Arlovski and Sylvia.

Same thing now, if Carwin and Brock left UFC and Fedor smashed them both, Dana would sya they were both untested and garbage and that Fedor has to fight Cain and Dos Santos to prove himself, lol.

Quote out of context, imo. I took Rogan's comment regarding Fedor as saying that he is not Invincible and that Overeem would smash him, which he would. I don't think Rogan meant he was exposed as in a bad fighter, just that he isn't unbeatable.

what bugs me is they both get excited like little girls and start twittering garbage that can be construed 100 different ways. they just need to relax and stay off the cell like adults.

Anderson got exposed when he got tapped twice in Japan, and lost the first rounds to Lutter and Henderson.

Machida got exposed when Shogun beat him.

GSP got exposed when Serra maulled him.

Enough with this shit, some of you act like if you are a number 1 ranked fighter you should win in the 1st round without being touched every time out.

I think the promotion machines are part of the problem. They wind up fans to have insane expectations.

2JupitersTooMany -  I take this as an invitation to whore our an acticle at Fedor: Wait, Who was Exposed?

I agree that the exposer has become the exposee.  Like when police conduct a strip search of a public display of nudity suspect.

Dana has always been incredibly disrespectful to all the major fighters even after they join the UFC. I think he's a piece of garabage and I don't spend any money on anything UFC related because of him.

Thanks, peeps
next page →