Rogan is Everyone Else's Problem 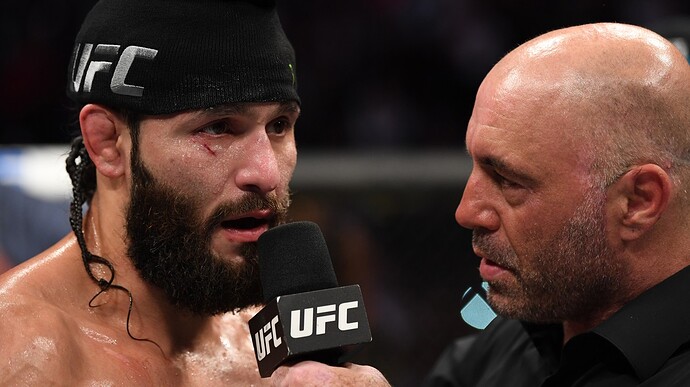 Joe Rogan is Everyone Else's Problem

The UFC, Spotify, and other mainstream entities continuing to make money from Rogan are content to ignore his growing ties with the far right.

The UFC, Spotify, and other mainstream entities continuing to make money from Rogan are content to ignore his growing ties with the far right.
As November wears on, Joe Rogan has begun to inhabit, more fully than ever, what can best be described as a double life. On November 16, he appeared on far-right YouTuber Tim Pool’s show, sitting alongside conspiracy king Alex Jones; extremely red-pilled self proclaimed “anarchist” author and podcaster Michael Malice; Drew Hernandez, a right-wing commentator most recently seen testifying at Kyle Rittenhouse’s trial; and Blaire White, another far-right YouTuber. Earlier this month, Rogan also returned from a four-month hiatus to begin working as on-air talent at UFC events again, when he wasn’t busy giving Aaron Rodgers terrible pseudo-medical advice while the quarterback dealt with COVID-19, or suggesting, on his own program, that the January 6 rioters were led by a government-backed agent provocateur. (“This is something governments have done forever,” he breezily told technology ethicist Tristan Harris, suggesting that “one particular individual” encouraged thousands of people to storm the Capitol.) Rogan’s increasingly prominent role in extremist spaces—and as a major promoter of ivermectin, an unproven treatment for COVID-19—is coming into direct confrontation with his role as a mainstream sports commentator and linchpin of Spotify’s podcast empire. And no one making money from the latter half of the equation seems to mind a bit.

It wasn’t always this way. When Spotify made a nine-figure deal to become the exclusive home of The Joe Rogan Experience in May 2020, the company quietly removed about 42 shows from his back catalog, as Digital Music News reported at the time. Those shows included episodes featuring Alex Jones, general shitlord Milo Yiannopoulos, Pizzagate promoter David Seaman, and Proud Boys founder Gavin McInnes. (Disclosure: Gavin McInnes was a co-founder of VICE. He left the company in 2008 and has had no involvement since then. He later founded the Proud Boys in 2016.)

Rogan confirmed on his show that he’d agreed to let Spotify remove some episodes, telling a guest, “There were a few episodes they didn’t want on their platform, and I was like ‘Okay, I don’t care’.” But, he added, “Other than that, in terms of what I do in the future, the big test was having Alex Jones on.” (Spotify kept several very transphobic episodes of the show, however, and CEO Daniel Ek defended the move in an all-hands town hall meeting with the company’s infuriated employees.)

Joe Rogan is Everyone Else's Problem

Rogan confirmed on his show that he’d agreed to let Spotify remove some episodes, telling a guest, “There were a few episodes they didn’t want on their platform, and I was like ‘Okay, I don’t care’.” But, he added, “Other than that, in terms of what I do in the future, the big test was having Alex Jones on.” (Spotify kept several very transphobic episodes of the show, however, and CEO Daniel Ek defended the move in an all-hands town hall meeting with the company’s infuriated employees.)
And appear Jones did, almost immediately; Rogan’s podcast became available on Spotify in September 2020, and by October, Rogan was hosting Jones and comedian Tim Dillon in an episode where Jones claimed that wearing a mask to protect against COVID is ineffective and got an anecdote about polio vaccines fairly wrong in an apparent attempt to falsely suggest all vaccines are dangerous.

In hindsight, this was a bellwether moment, with Rogan testing just how far Spotify was willing to let him go. The answer appears to be quite far indeed. During the pandemic, Rogan has played a major role in spreading COVID misinformation of all kinds to his enormous audience, including telling young viewers they didn’t need to get vaccinated before backpedaling in the face of enormous criticism. He helped spread the false gospel of ivermectin by hosting Dr. Pierre Kory, who co-founded a fringe medical group, the ​​Frontline COVID-19 Critical Care Alliance (FLCCC), which exists mostly to suggest the drug is a treatment or preventative for COVID. (The best available evidence shows that it’s not. A paper written by members of the FLCCC making claims about ivermectin’s effectiveness was removed in March by the journal that had provisionally accepted it. Kory also promotes another COVID treatment protocol he calls MATH+; a paper he said showed its efficacy was recently retracted.)

And now he’s palling around with Tim Pool and Alex Jones, who’s particularly enamored of Rogan; in their joint appearance on Pool’s show, Jones said, at one point, “I’m kissing Joe’s ass, because he’s a political genius.” This was, it should be mentioned, a particularly fraught time to share a stage with Jones, who just lost by default all of the cases brought against him by grieving Sandy Hook parents, whose children he persistently claimed, for years, had been part of a “giant hoax,” a “false flag,” as he put it, carried out by “crisis actors.” (Jones has said he no longer believes Sandy Hook was a hoax.) Appearing in a friendly chat with Alex Jones virtually any time in the last 20 years is a statement; in this particular month, it’s far more pointed of a message.

The gang also again claimed COVID vaccines are ineffective (“I’ve had three friends now be hospitalized with COVID who are vaccinated,” Rogan said); groused about lockdowns and other restrictions; claimed that the most highly vaccinated places in the world have the most COVID cases, which isn’t particularly true, and doesn’t take into account the contagiousness of the Delta variant, waning immunity and uneven booster uptake; and complained at length that Sesame Street was engaged in vaccine propaganda. (Jones, for instance, said his four-year-old daughter watched part of a Sesame Street special about vaccines, and that her being subjected to the show made him “physically ill.” By his own admission, he hadn’t been watching her very closely as she sat in front of the television because he was busy “grilling a steak,” which seems like more of a parenting problem.) Pool is, it bears mentioning, another person who said he took medical advice from Rogan when he recently came down with COVID; that advice seems to always amount to Rogan instructing his friends to take ivermectin and monoclonal antibodies, the latter of which are actually quite effective, and not available to most people who aren’t hospitalized. Rogan followed up the group podcast by hosting Tim Pool on his own show, for a punishing three hours of more of the same.

And now after a four-month leave of absence, Rogan has resumed his role with the UFC (which, to be fair, has long been a font of conspiracy theorism and weird claims, usually issuing from the fighters themselves). These days, however, UFC is owned by the publicly traded company Endeavor Group Holdings, the chief executive of which is Ari Emanuel—brother of former Chicago mayor Rahm Emanuel, who’s on track to become ambassador to Japan. Endeavor is recovering from a brutal last year, and is making several moves to stem the bleeding, including reportedly tapping Elon Musk to sit on its board. (Musk is yet another friend and frequent guest of Rogan’s.) Acknowledging Rogan’s growing star in the far-right universe seemingly isn’t in its business interests.

Endeavor did not respond to an email seeking comment from Motherboard before publication; nor did the UFC or Spotify. A spokesperson for ESPN, which carries UFC fights, told us, “ESPN does not do the production of UFC events; UFC does. We do the distribution. In other words, UFC stages and produces its events and we bring those events to fans on our networks and ESPN+, our streaming platform.” Questions about “on-air talent,” the spokesperson added, would have to go to the UFC.

All of which brings us to a rather surreal state of affairs where Rogan will, with one hand, continue making an increasingly outlandish set of claims surrounded by an increasingly troubling set of bad actors, while with the other, will apparently continue to appear on ESPN as the face of the UFC, a globally popular sport that’ll keep growing his reach and his star power. That state of affairs, for the time being, doesn’t seem to bother anyone with decision-making power; after all, it’s our problem, not theirs. 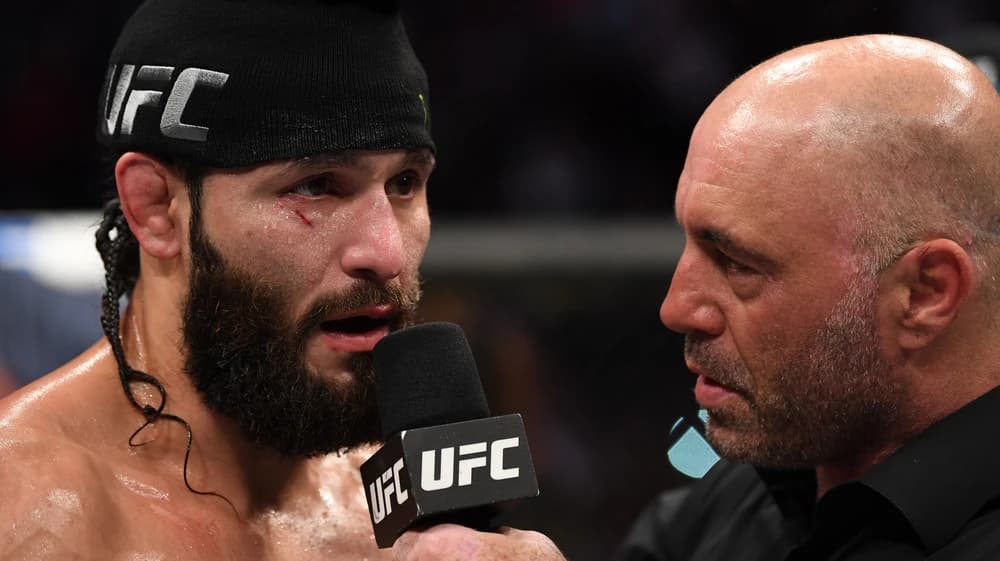 Fuck off eat a dick. Joe rogan is the GOAT

So are you for his venture into the right wing fanaticism or are you as angry as a liberal, leftist at a Trump parade? 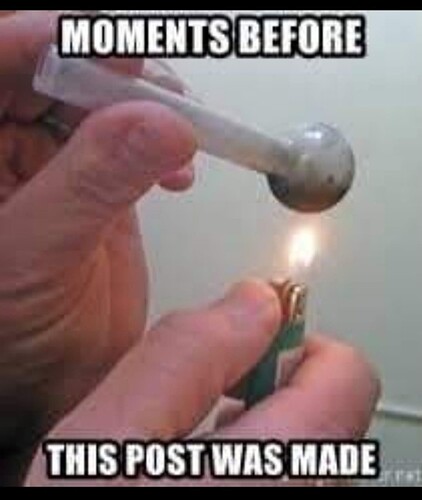 We are in trouble is a fucking pothead California liberal like Rogan is considered far right.

The US so is politically divided and radicalised it’s fucking sad.

Glad I don’t live there honestly

The UFC, Spotify, and other mainstream entities continuing to make money from Rogan are content to ignore his growing ties with the far right.

The far right is based.

Rogan is barely right wing anyway. And claims to be a gay lefty.

So Joe is a Bernie-bro trump supporter who voted for Gary Johnson if you follow the mainstream media.

I’ve always enjoyed Vice pieces but this is ridiculous.
and as a major promoter of ivermectin
I’ve never heard him promote the fuckinf shit he simply stated what worked for him. Major gay.

Rogan being a moderate means he’s basically a white supremacist in the eye’s of the fascist left of today.

They want so badly to silence him and other freethinkers.

How many articles are there about entertainers being aligned with the far left and the danger that poses? Hmm…