Rogan weighs in on who's next for McGregor

On a recent episode of the Joe Rogan Experience, the host broke down who might be next for Conor McGregor following his loss to Dustin Poirier in the main event of UFC 257, and why.

“If you want to make a shitload of money before Conor fights someone else, you have the rematch,” Rogan said. “Here’s the thing. If Dustin fights Charles Oliveira and then Conor fights Michael Chandler – which is a possibility – what are the odds that Conor beats Chandler? I think Chandler is a favorite in that fight, which is very dangerous for your money.

“If you want to make a lot of money, what you do is allow Conor to have some time off and then figure out a way to market this so you can explain a way that Conor can figure out how to beat Dustin. He did beat him in the first fight and he did rock him in the second fight. Dustin actually admitted that there was one point in the first round where he was hurt. But that might have been Dustin looking to set up the rematch.”

“Let me throw one more variable. What if the Covid restrictions are lifted, [do the trilogy fight] in Dublin, Ireland in a soccer stadium.”

“Conor McGregor vs. Nate Diaz III is a great option. It doesn’t offend anyone like myself, who is a purist. And Nate is not the kind of kicker that Dustin is. He’s much more of a boxer, which falls into Conor’s wheelhouse more. Nate is also insanely durable and he has a finish over Conor. Conor doesn’t have a finish over Nate Diaz.”

UG, who do you think McGregor fights next, and is it the fight you most want to see, or not?

I loved the Conor era, but I am just no longer interested

While it doesn't make much business sense right now I'd still love to see Conor and Tony fight at some point. If the UFC respected their own rankings that's the fight to make.

Wow. Good thing we read that. Powerful and unique insight.

I just don’t get it. I mean if you are the fighter or promoter, yeah I get it then.

I’m more of a, lets talk about what match ups make sense ranking wise or $tyle vs $tyle.

No immediate rematch, no way, as a fan I'm all for fighters gettin paid wat they're worth but dont set up a fight based on them makin a shitload of money set up a fight based on who earned it n who's next for Dustin to take out, Dustin should b makin killer money whoever he fights next anyway, Conor's "red panty nights" r dyin down n we wanna c other top contenders put in work

Financially, Dustin & Nate are the only options.

Chandler, Dustin, Ferguson, Oliveira, Hooker.. All favourites to beat and finish Conor. The blueprint has been shown and Conor has many weaknesses he’s never plugged that he simply can’t get away with at 155. Leg Kicks & Wrestling he can’t cope with, Cardio is a real issue. He’s never proven he’s a good fighter at 155, the Dustin fight proved he isn’t.

If he wants to go on a roll, fight 2-3 in a year and get the aura back? He needs to cut to 145 again where he’s legitimately great

Personally I think he fights Dustin again and loses, fights Nate and loses, then retires

Dustin vs Oliveira has to happen for the title.

Then Justin has been talking mad smack about Conor. Let’s test out Conor’s adjustments vs him. And hopefully the hate from Justin will wake Conor up a bit.

This thread lists better matchups than what Dana and the UFC is trying to shove down our throat! <br />

Rda, T.Ferg,Nate,Hooker,Felder anyone of those is a good fight for Conor,Dustin,Justin,Charles OR Chandler make zero sense

Cucuy would be an INSANE fight.

Gaethje would chop him and retire him in 2 rounds.

I went back and forth on those two, also. Lots of great fights to make at the top of the lightweight food chain.

CMcG always is, always was, and always will be, a money grab 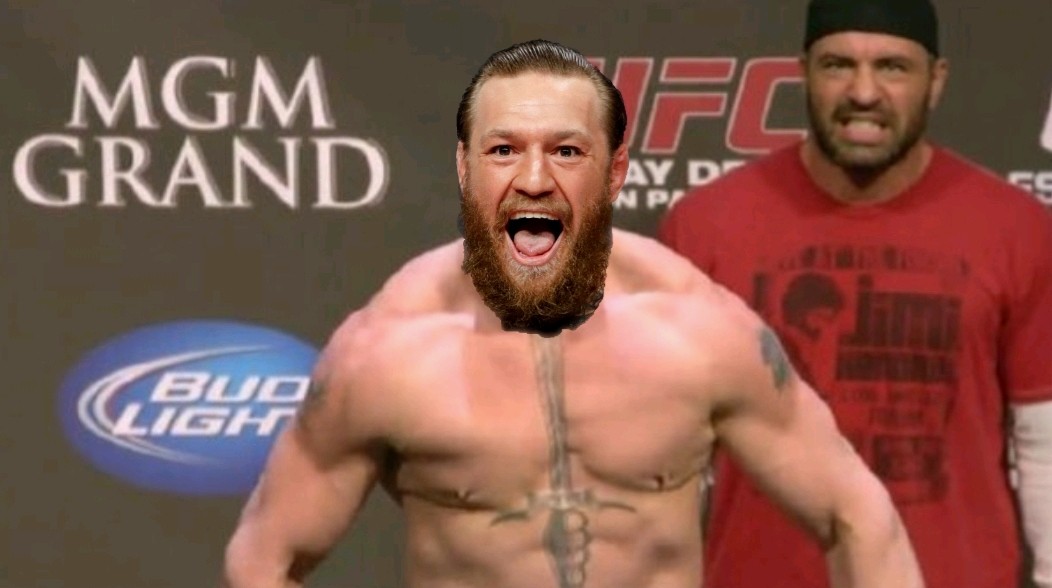 Both fighters want it, do the rematch. Well know once and for all for good if Conor is done or not. He’s never lost a rematch, had Dustin hurt. He knows the formula now, if he wins he’s “back” if not it’s on to Diaz and then maybe a big retirement fight after that vs masvidal or something