Ronda Commemorates all of her wins with a new TaT

“Purple Pillow” tattoed on her shin

Holly Holm would be my favorite fighter if she got

I remember there was a stuffed animal there somewhere. Wasn’t it a teddy bear??

If I had her record with those times (and an Olympic medal), I’d have the biggest fucking ego in the world. Ronda would be humble in comparison. : )

If I had her record with those times (and an Olympic medal), I’d have the biggest fucking ego in the world. Ronda would be humble in comparison. : )

Mate… the Ronda haters cant let it go. They have that in common with TDS people.

She is a flawed person who finally found peace but despite all she accomplished they want to try to drag her down because she was mean to people she was going to fight in a cage.

How dare she try to remember the good times.

Lol. Do people really want her to get a tattoo of her losses?

Yeah this is weird. I’m no fan of hers, but to act like she can’t acknowledge & be proud of her wins is a bit crazy.

Yeah this is weird. I’m no fan of hers, but to act like she can’t acknowledge & be proud of her wins is a bit crazy.

Yeah, there is nothing ‘wrong’ with it in a preachy or actually negative way. It’s just kind of funny. Publicly displaying her fight record, but just 12/14 fights. I mean, c’mon, Ronda it’s only two more!

Anyway, I wonder if Miesha Tate’s return has anything to do with the Tattoo. She might not like it if Miesha becomes a star again. Dana said at the last press conference he called Ronda shortly after Tate’s return was announced.

She forgot to add “Overrated” & “Overhyped”.

She should get a tattoo of a collared shirt to remind her of the times she got starched.

I mean as a guy I think the losses often carry more meaning but whatever, she’s a crazy, rich chick.
@ the clip, it’s really amazing how rare it is for women (granted, she’s a lesbo) to be able to throw some hands with even moderate skill. Amanda also has reach and power which makes her the female combo of Jon Jones + GSP. I don’t see anybody beating her.

I agree. Amanda is the best by far. And the notable thing with Amanda is she is the woman who has the frame closest to that of a man.

And I really don’t mean that in a sexist, insulting or negative way. I mean it in a scientific way. The best women’s fighter (by far) is also the one whose frame most resembles that of a man. The shape of the shoulders, the size of her arms, the strength, the shape of her head and jaw etc. Probably not a coincidence. 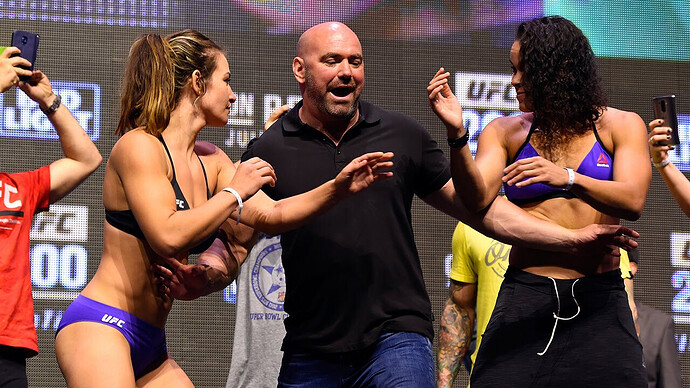 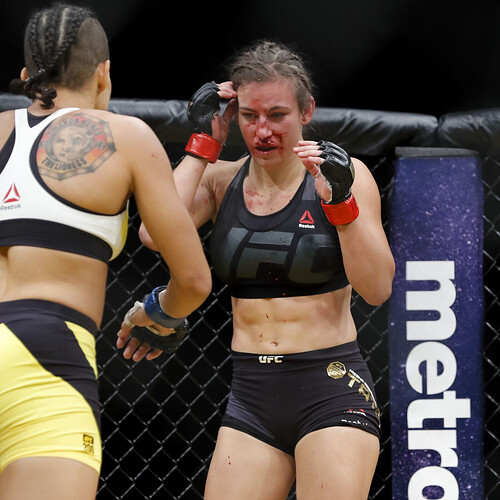 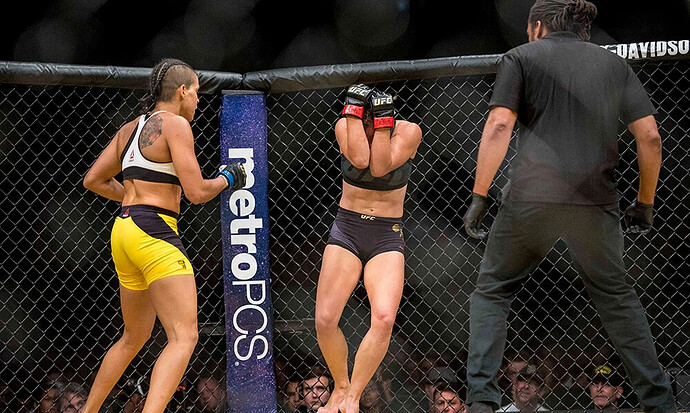 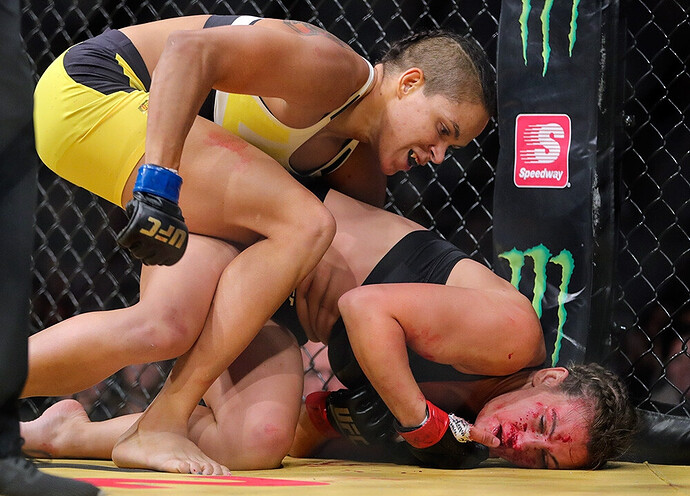