First off, I finally got the vid for the men’s entries to work, I think. Link is here: https://youtu.be/5oXrTlo7BIY

JosesonHuevos wins the Men’s drawing the number thirty spot. I think Ronda was 28, so I won the Wimminz, but will double check tomorrow.

Jose, will have it to you tomorrow. As for the side prizes, I’ll figure them out either tomorrow or Monday, but all prizes will be out by Monday evening or sooner, depending on my schedule.

lots of names who dont seem to have watched the show

Thanks, so much. So many people to thank. Corporal Kirchner, jyd, rvd, Pentagon jr, mjf and of course my boo britt baker dmv.

lots of names who dont seem to have watched the show

The only losers are the ones who bothered watching it, myself included.

Right? Wishing I would have just read the wiki. Only time I watch WWE is for this contest, and shit was way bad this time, with Shane and Bad Bunny in almost till the end and Bunny kicking ass.

The Rumble event sucked. The party I had was awesome. So overall I give it an 8

Congrats! now one of you nerds must face me at WM!!!

I do not fear your constantly expanding head. . *quickly hires Keith lee and kross as henchmen

I really hope Kofi’s botch made him the quickest elimination.

Thanks for running it.

Honestly though, any money should be donated to Kofi Kingston because that dude is getting future endeavored.

And here are your winners (and a couple of losers) according to WWE.com.

Let’s do the job squad first:
In the women’s rumble quickest elimination was fiercely competitive, with several women beating it by 1 second, until Ivory set a very low bar, cutting it in half. Still wasn’t good (or bad) enough to beat Mighty Molly who shaved 20% off of that for a grand total of :20 official ring time. Actual pro wrestler “Black Sheep” Bennet Cole gets his entry money back.

On the men’s side, Kwang gets the prize no one wanted as thanks to Kofi’s crash landing.

Now on to the main event winners, starting with the women’s division.

Most eliminations was Charlotte Flair with five, netting the fan_of_fanboys the win here.
Koma drew Bianca Bel Air at 8, and her 47 and a half minute run gets him the prize for longest time in.

In the men’s division, new forum member and one of my fantasy league alumni Tommy Chairs gets both prizes as he drew the #1 spot with AJ Styles eliminating six people in his almost half hour run.

And going to Wrestlemania, with numbers 28 and 30 are Myself and Josesonhuevos. See you there, bruddah!

Purses will be sent within the hour.

And, as always, if you see any discrepancies, let me know.

*refuses to point at the banner.

It was so much fun. The rumble was shit, but rooting for random people made it great. Even my hoe was rooting for bitches. And then got mad when they got eliminated. We had a ball. Yes, we are easily entertained. We had an offer from friends to go to bellator but we chose that debacle. And of course, we got fuckin Knoxville. At least lesnar came through for me.

OK, everyone should have it. Let me know if you don’t! 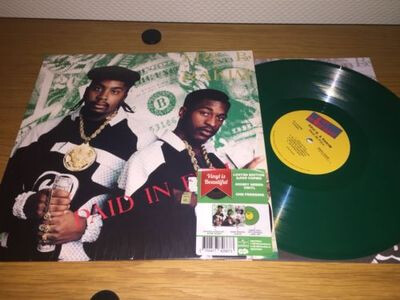