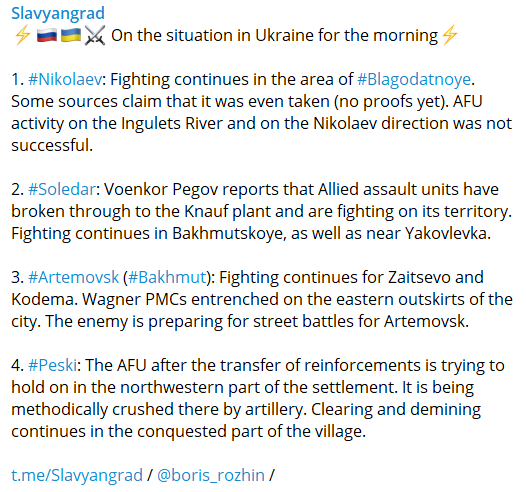 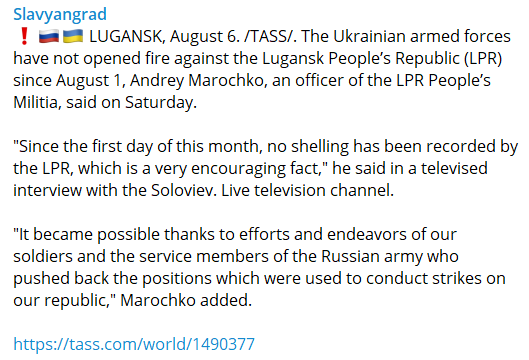 So they STILL haven’t captured Peski after the same source claimed it was captured two weeks ago and the Ukrainians were fleeing in disarray?

Also LOL@them being forced to admit that the Ukrainian bridgehead over the Inhulets rivers is still intact (and expanded) after repeatedly claiming it had been destroyed in the last two months.

You must be retarded. NOT the same source. You would easily see that if you hadn’t been rendered functionally retarded. ‘@OperativSVO’ is an overzealous DPR source that routinely gets out ahead of what’s happening on the ground. Those updates from this morning came from a different source: ‘@boris_rozhin’. Gleb Bezov is the journalist who runs ‘Slavyangrad’ and he shares reports from lots of different sources.

…and the reports of soldiers fleeing Peski was TRUE. Reportedly some were accidentally shelled by their own side in retreat. Based on many different reports from both sides, the only reason the north part of Peski is still being held is because it was reinforced. So as it turns out, not all of the report was wrong and was just a few days off from being accurate. But keep clinging to your desperate attempts to find victory in defeat. 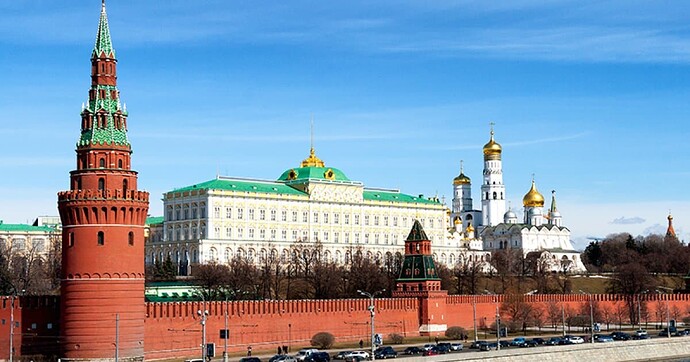 Gleb Bezov is the journalist who runs ‘Slavyangrad’ and he shares reports from lots of different sources.

Turns out that Gleb Bazov is another disbarred lawyer, turned paid Russian shill.

Anyone that says anything that makes Ukraine look bad, regardless of whether it’s true, is automatically a Russian shill to you because you’re a simple minded retard.

In reality, he has done some of the best reporting of what’s actually happening on the ground. He routinely tempers the overzealous reports and most often it turns out his personal opinions that he draws from those reports on what actually is happening or what is going to happen have been quite reliable.

Remember the good old days when you claimed neutrality. You actually attempted to make thoughtful posts. Guess you ran out of logical arguments, but at least you are open about your pro russia feelings now

Josh, you can accuse me of anything you want but I’ve remained consistent. I have never once celebrated a Ukrainian death, or a russian or anyone involved for that matter.

I was one of 2 or 3 on here at the time that wanted peace when it was available. I blame primarily the US and western governments for instigating this, putin for not handling donbass better in 2014 and the Ukrainian government for selling out their own people. I have hated that Ukraine and Russia are not on good terms. There is no organic reason they shouldn’t be.

I warned everyone that Ukraine could not win this without direct US involvement, but you and everyone else wanted to tell me different.

I warned that Ukraine should have employed a fabian strategy but they listened to “western advisors” who admitted they wanted to bleed the Russians which is not the same as winning. Now it will most likely take generations to overcome the loss of men the Ukrainian people have endured trying to defend territory instead of being mobile.

And for what? What has been accomplished by stopping the water supply to crimea? What was accomplished by allowing militias to shell donbass? So western generals could play toy soldiers with Ukrainian lives. So a few Ukrainian officials could enrich themselves taking a cut to feed the military industrial complex. So a feeble president could appear strong and hope to make people forget about the disaster in Afghanistan.

I’m the bad guy because i don’t want to see this go another day. No, i think the the moniker “to the last Ukrainian” makes me sick. The truth is the truth and the western world should be ashamed for this. You should be mad at a lot of people for all of this. I’m not one of them.

I was one of 2 or 3 on here at the time that wanted peace when it was available.

Everybody wants peace. It’s on what terms. It’s disingenuous to just say “I want peace”. Just be honest and say you wanted Ukranian surrender.

Well said. They are useful idiots that, whether they admit it or not, want all of this terrible shit to continue. They don’t care one iota about the Ukrainian people and are completely fine with the whole country being destroyed.

What about the history of russian made agreements makes you think this one would have been honored?

Countries don’t usually cede land with a gun to their head and prefer to fight. That’s hardly unusual. Obviously they chose to fight and it’s in the West’s moral and strategic interests to help them.

Plus once again any deal along the lines of the pre-war ‘deals’ that Russia floated could not have been agreed and implemented by any Ukrainian Government.

Countries don’t usually cede land with a gun to their head and prefer to fight. That’s hardly unusual.

Plus once again any deal along the lines of the pre-war ‘deals’ that Russia floated could not have been agreed and implemented by any Ukrainian Government.

I’m not sure of what you’re saying in the first line but countries cede territory as settlement when losing a war. It’s as old as time. It allows the losing side a chance to recover and survive.

I disagree with your second point as well. The terms were not unreasonable if you understood the situation. Without a doubt, Ukrainians would be better off. Sadly i think zelensky will most likely go the way of diem before its all over and done with and will be a tragic footnote in history. More than likely this will be long down the orwellian memory hole in a few years and we’ll be on to the next pep rally.

What about the history of russian made agreements makes you think this one would have been honored?

Our Allies are Donetsk and Chechnya!

I’m not sure of what you’re saying in the first line but countries cede territory as settlement when losing a war. It’s as old as time. It allows the losing side a chance to recover and survive.

Of course they do but key distinction here is Ukraine didn’t consider it had lost a war. It was much closer to Finland when Soviets demanded land in 1939 and then invaded when they refused.

Maybe if the deal was agreed to by a dictator and the army agreed with the decision a ukranian surrender like the one you advocate for could have been signed.

If you look at it from a narrow US interests perspective Russia’s military and economy is going to come out of this seriously weakened at a cost to the US of maybe 0.5% of GDP. That’s not hubris.