At this point the Lichtenstein guard could give the Russian army a hard time.

No wtf you talking about, I’m saying no one is paying as close attention to them with the Russia invasion of the Ukraine

Just because you aren’t paying attention, does not mean that the US, S Korea, Japan and Taiwan aren’t still playing close attention.

How could you not know what I’m talking about ? I was responding to your drivel and quoted you directly

Taiwan is also. Ot the Ukraine. Much more modern and competent forces.

after the train wreck in the Ukraine

Turn off cnn bro.
Ukraine is getting their asses whooped

Both Polish and Russian women can be kinda cold. It can be difficult to connect and share the same sense of humor.

They were not cold at all, just crazy, one I dated stabbed her ex, they tend to be possessive and thats alright to a point but wanting to fight wvery girl who looks at you? They are nuts, super high then super pissed at nothing. Had to bail each time. Russian girls no idea never dated one but polish was pure drama over dumb shit.

Guess thats why I started dating only black girls (west indian) they will cut you if you fuck up but they are not crazy like that, they are predictable. Lol

The United States isn’t going to do a damn thing for Taiwan, except arms the same as Ukraine. No one said the countries weren’t watching China you make up assumptions and try to make it fact. No one in general outaide of that paying any attention to it, you want me spell that out in crayon for you

damn thing for Taiwan, except arms the same as Ukraine. No one said the countries weren’t watching China

Everybody is broad term idiot. What countries did I specifically name,?

China about to blind side everybody when no eyes on them as much and invade Taiwan. They’ll do it before the next Presidential Election, while Biden is still there because he’s weak and won’t do shit. They can’t afford not to while he’s still in.

How? If Russia is any indication, trying to land troops and the mass amounts of paratroopers needed is immense and extremely vulnerable to air defenses. At this point, China knows there is no way in hell they will occupy that fortress. They’d have 200,000 dead Chinese who they saw 100 miles away.

It don’t matter they have millions alone in their active military and millions more in the reserves unlike Russia and other military lus they are prepared to lose more. They will get Taiwan, they have said it themselves

Maybe, they are much more vulnerable to sanctions, even though it will sucks for us, we can break China easily with sanctions due to their mass imports, also the unified response from the west pushed off China imo.

besides Taiwan, iirc China has about 27 disputes ongoing about territory. Although Taiwan is of course high profile and they are building their unsinkable island carriers near Taiwan and the global impact is much hogher than other territories, China is not in a rush and just waiting, the time is not now.

That’s kind of an Achilles heel for both of us China and the U.S economys are both reliant on each other. I agree with that it hurts both of us

Ukraine is getting their asses whooped 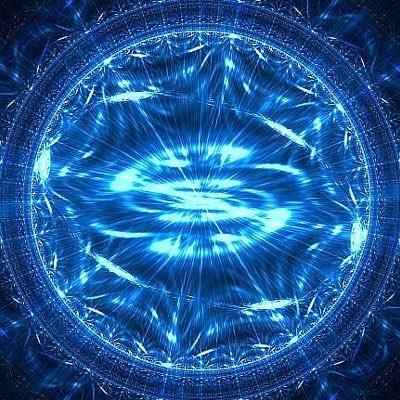 @Blue_Sauron
A tally of Russian losses from the infamous failed Russian Siverskyi Donets river crossing near Bilohorivka. In total 73 Russian equipment were destroyed/abandoned, including a BTG worth of AFVs. Great thanks to J.P. for counting and sending it to me. 1/2#Russia#Ukraine https://t.co/FyKtPogG8Z 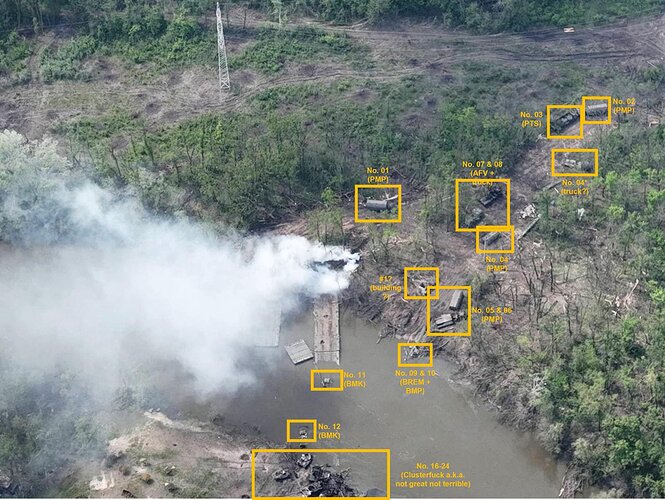 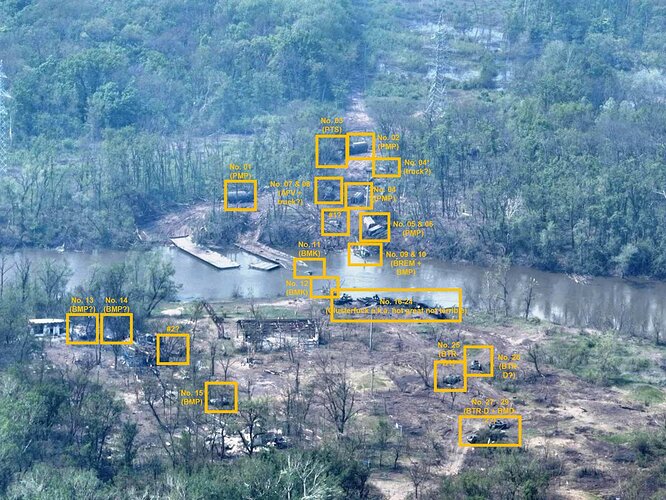 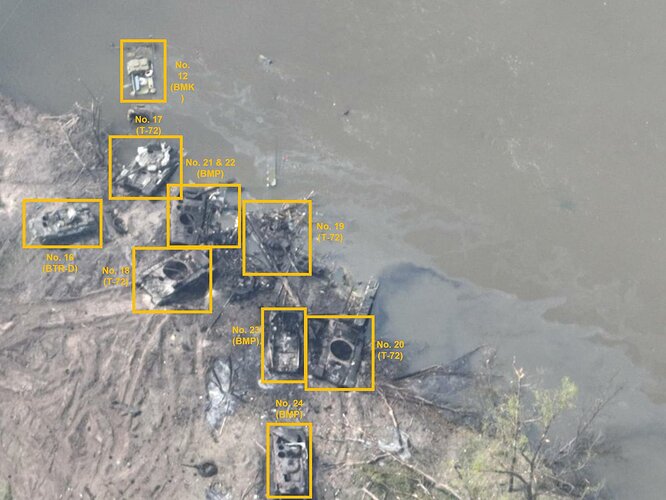 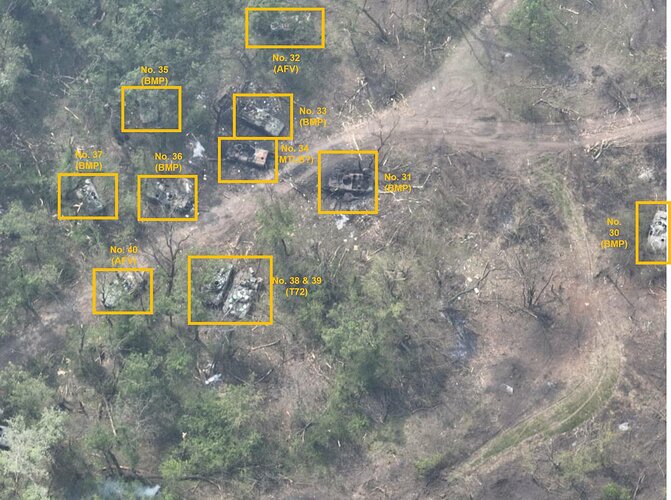 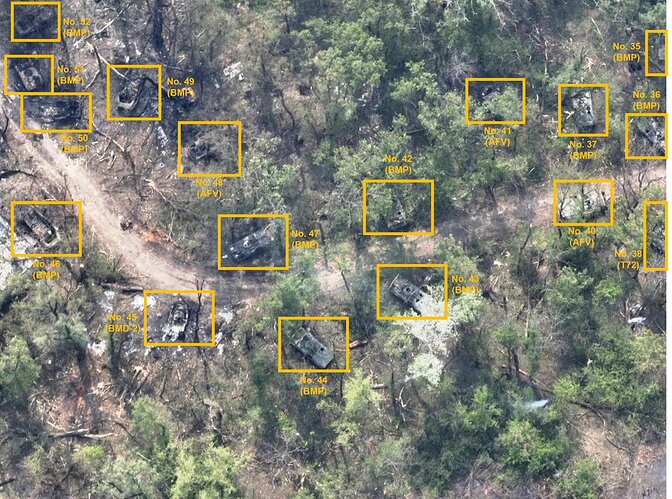 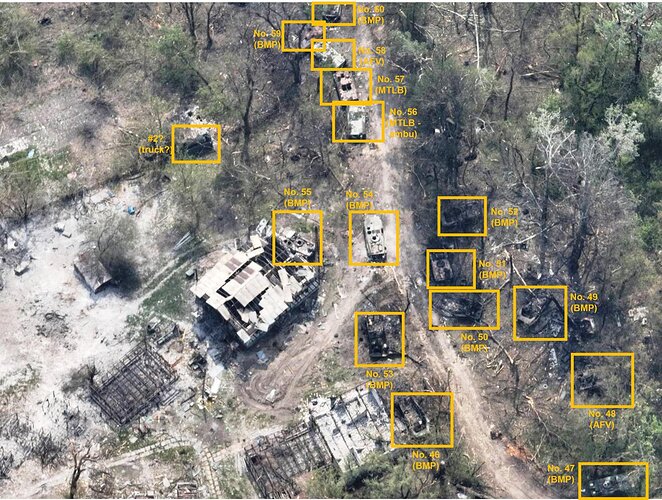 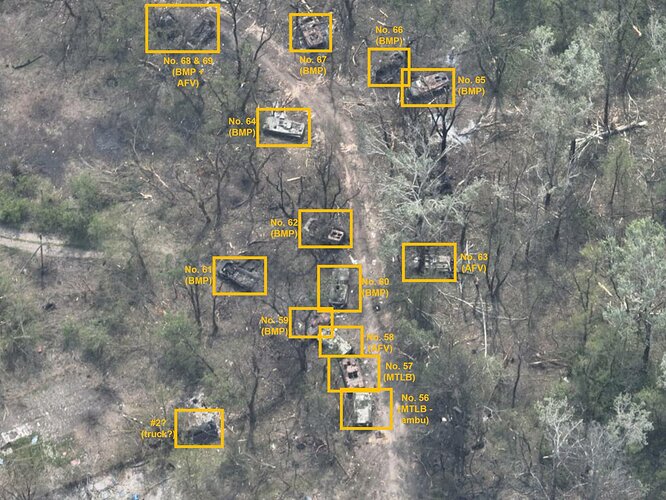 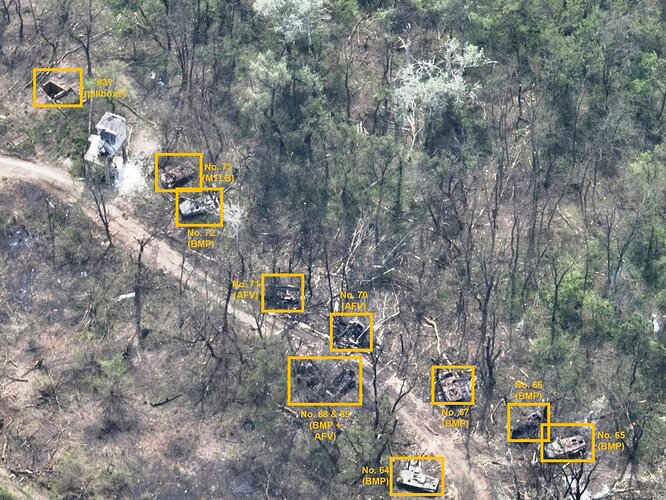