"Over the past 15 years, we have been training with Stipe in the gym where he is preparing now. I guess I got in this gym literally a couple of years before him. He came already a very good wrestker, with a serious base, with experience of participation in prestigious tournaments. Everything else - boxing, jujitsu, greppling - he learned in the gym, which was founded by Marcus Marinelli.

I was born in Sevan, in the Armenian SSR in 1983. When I was 6 years old, we moved to Anapa. I was in the Greco-Roman wrestling, I was engaged in martial arts in Andranik Ashugyan - crossed with Amar Suloev, Alexei Oleinik, Martin Malkhasyan. At age 17, I moved to the United States in search of a better life. I had zero dollars in my pocket, I came to my older sister, I started working at a construction site - and now I have been living in the USA for 18 years, became a citizen, a family appeared.

Now I have my own company, we build houses, restaurants, but then I did any rough work that a 17-year-old boy can be given. I did not have any documents, so I was not paid much, for a day it turned out to be 60-70 dollars, that is about 1,500 per month. Compared to people who work with documents, this is very small. In 2010 I opened a small company, began to hire people.

From my move to the United States, two years passed before the first normal training session. I myself always did something to maintain the form. I tried with my friends somehow to train, showed them some tricks, gathered in garages.

Stipe Miocic was probably the tenth person who came to our gym. In the early years, we were engaged there a little, and we were looking for such people who would 100% devote themselves to this sport. Have established a rule: if you missed one training, then you will not fight. I remember that at that time the training cost 120 dollars per month - and they paid everything, regardless of the status. Now, probably, training is already $ 150 worth.

Stipe at first was the biggest guy in our room, and I - one of the smallest (Loktev performed in MMA in weight up to 66 kg - "Match TV"). But we even stood in sparring: for the coach it was important to check my will. And Stipe sometimes so hit me that the stars flew from my eyes. And the coach stopped sparring. In sparring, he is very annoying - and if something goes wrong, if I, for example, I excel him in speed, then he will try to break me and may become angry.

After the birth of the child, I retired a little, and before that I had been one of the coaches in the Miocic team for a long time, often went with him to fight, held his paws, we worked on control on the ground. And he himself often came up and asked what and where he was doing wrong and he listened to my advice. Greco-Roman wrestling gives a lot for MMA - and it's easier for Greco-Roman boys to box, because freeloaders are lower and it's harder for them to learn.

In fact, Stipe came already a fighter of a good level and with an ideal physique. We together with him participated in tournaments on greppling - and each of us won in the respective weight. Stipa won simply by physical strength: he turned opponent's arms and held them to the ground.

Few people want to train with him, because it's hard to go through what his sparring partners are turning into. He works very hard: he does not give a break and relax. Maxim Grishin (25-7 in MMA, former sparring partner of Fedor Emelianenko - "Match TV") came to see us someday - and he really enjoyed working with Stipe. But this is an exception, and very often the guys refuse to go to sparring with Miocic even for money.

Stipe works as a fireman. He often talks about his work, about how they save people, how they render first aid to those who got into a car accident, how they saved drug addicts from an overdose. It used to happen that he came to practice in uniform - after a shift or before a shift.

Now he has only one shift per week - and he is not going to give up the job of a fireman. In life he is a very kind and simple person, he communicates with everyone.

Cleveland about the US standards is like a village of urban type. A family city where everything is quiet and quiet. Stipe does not have the smallest house, but usual average house. He dresses modestly. Rather, he is guided by his wife, who monitors his image, advises what it is more fashionable to wear, but he himself is a natural ordinary fighter who does not need anything like that. Money and fame did not change him at all. "

*in the clothes he wears.

often went with him to fight, held his paws And Stipe sometimes so hit me that the stars flew from my eyes.

Wtf did I just read. Random thoughts of a sparring partner?

Wtf did I just read. Random thoughts of a sparring partner?

So in a nut shell : Stipe is a terrible sparring partner who goes way to hard, he uses strength over technique, hes a proud firefighter, fame hasnt changed him and he cant dress for shit. 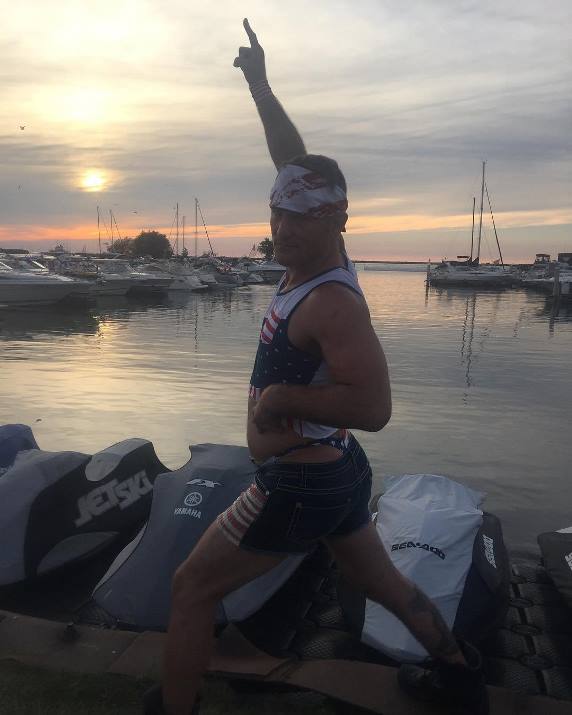