Going to be interesting to see how he tweaks it.

Doctor Strange 2 will be scarier because Sam Raimi replaced the original director Scott Derrickson, according to Michael Waldron. It’s been five years since Dr. Strange’s first solo outing in 2016, and Benedict Cumberbatch will be returning to his role as the Sorcerer Supreme in the 2022 sequel, officially titled Doctor Strange in the Multiverse of Madness . The long layoff between films is, of course, due to the coronavirus pandemic along with a few other speed bumps that slowed down development.

Scott Derrickson, who wrote and directed the first film, was set to return for the sequel, but left the project early on due to creative differences. Marvel then brought the Spider-Man trilogy director and horror aficionado Sam Raimi on board to go along with Michael Waldron as head writer, who now serves the same role on Loki . Along with the return of its titular surgeon-turned-sorcerer, Doctor Strange 2 will catch up with Elizabeth Olsen’s Scarlet Witch after the events of WandaVision , though it is currently unclear how she will tie into the sequel’s plot.

Spiderman 2 is one of the GOATs

Doctor Strange in the Multiverse of Madness writer Michael Waldron says he and director Sam Raimi started from scratch when they took over the film.

Sam Raimi stepped in to replace Derrickson in the director’s chair, and since then things have gone relatively smoothly. Even with production having to go on hold earlier this year due to the COVID-19 pandemic, Doctor Strange in the Multiverse of Madness wrapped filming in April, well ahead of its March 2022 release date. Considering Raimi only took the job in April 2020, it’s impressive the film’s stayed on track - especially since the new creative team opted for a hard reset after signing on.

In a Vanity Fair profile on Loki writer Michael Waldron (who also penned the Doctor Strange in the Multiverse of Madness script), he discussed his time on the movie sequel. He mentioned he and Raimi “started from scratch” when they took over.

This implies little, if anything, from Derrickson’s original version was carried over, which isn’t surprising. Since creative differences were what led to him leaving, Marvel was obviously interested in taking the Doctor Strange franchise in a different direction. Raimi is also a big-name director with a background in both the horror and superhero genres, so it makes sense the studio was willing to give him a clean slate when he signed on. While the Marvel Cinematic Universe is known for thinking ahead and formulating a plan, they’ve also shown on multiple occasions they’ll give their directors appropriate creative freedom. It’s nice to see Marvel didn’t box Raimi in, though Waldron did “acknowledge the foundation” from the first movie. In all likelihood, he and Raimi used that as a jumping off point for their own story.

It’ll be interesting to see what they came up with. Doctor Strange in the Multiverse of Madness is poised to be one of the more intriguing Phase 4 titles, with its connections to WandaVision and integration of the MCU’s multiverse concept. It’s also confirmed to have connections to Spider-Man: No Way Home , which is weaving in its own multiverse elements by bringing in several actors from pervious Spider-Man film franchises. It definitely sounds like Doctor Strange in the Multiverse of Madness is a very ambitious project, and a creative mind like Raimi should be able to deliver an entertaining spin on the property. It’s for the best he was given an opportunity to start from scratch.

The whole property is the dictionary definition of Deus Ex Machina, so spinning into anything other than straight superhero works for me. Full horror would be great for me.

My body is ready…

LOL. I thought the original title of this thread was Dr. Strangelove 2. I’ve never heard of Dr. Strange. I’m disappointed.

Did you happen to see his social media post from April 1st?

Yes, I know it’s AFD but it was a page from the Doc Strange 2 script were Doc shows up at the evil dead house (since Doc is exploring the multiverse) and meets ash. He asks Ash about a book and Ash thinks he’s talking about the Necromomicon. Ash also makes a quip about Docs outfit in the vein of “Hello Mr. Fancypants”.

If SR puts that shit in the movie he will be a fucking legend. 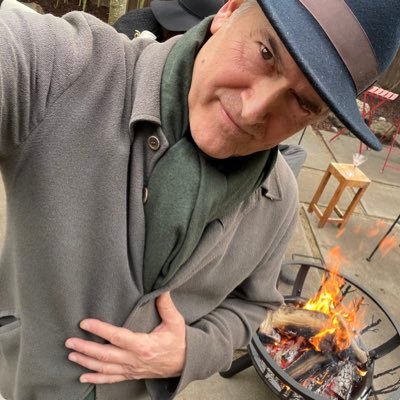 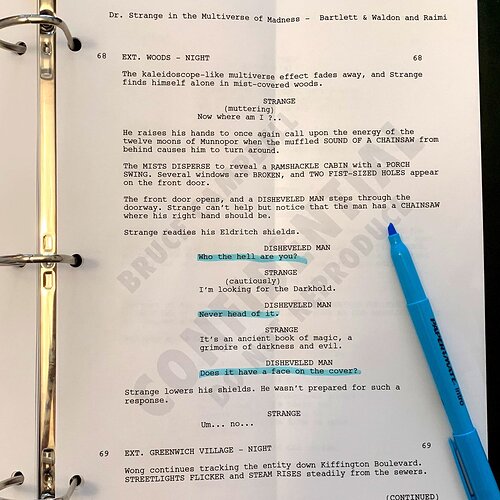 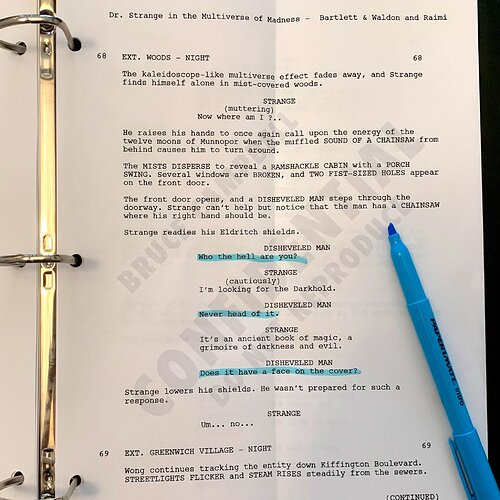 Loki should show up and push his stool in.

Also, he can open up dimensional portals and make Loki fall for an hour, why didn’t he even try that on Thanos?

Yeah, I mentioned it was AFD in my post but I’m holding out hope it’s legit.