Last Weekend show I noticed many an empty 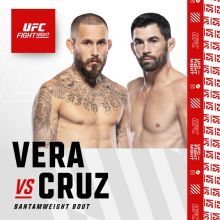 Hell yeah, I was there for that one. His friends/family were right next to us so after the fight he was up there pretty quick

lol it’s a small arena. Not a bad seat iMO.

Eh, anything past the walkway isnt great. Youre looking at the screens for almost everything.

Cage Warriors at Humphreys was awesome a couple weeks back. $60 and like 30 feet away, sounds like they’re doing another in September. Plus the rapid fire fights at small orgs is so much better. 10 fights in a few hours

The first sanctioned fight here was Total Combat. Meaning I was the 1st main event in this building

Pure Combat was out that way also.I don’t know what happened to them.

Jeremy Too , still so sad

I just said I was main event

Call it whatever the fuck you want… it’s still teh san diego sports arena and was old as fuck when I was in 8th grade all those years ago.