Sarah Palin could be set to lose both her marriage and her political career after the release of the  explosive biography on the Tea Party darling.

The National Enquirer claims that friends close to the politician and her husband Todd say he is 'fed up' with the constant scandals that have plagued their marriage ever since she ran for vice president and is ready to file for a divorce.

As well as kissing goodbye to her marriage, it has also been alleged that her advisers have told her to kiss goodbye to the White House fearing a bid would be 'political suicide'.

In The Rogue: Searching for the Real Sarah Palin, the 47-year-old is accused of having a night of passion with a basketball star, snorting cocaine and having an affair with her husband's business partner - all allegations which are thought to have shattered Palin's White House dream.

Scroll down for video 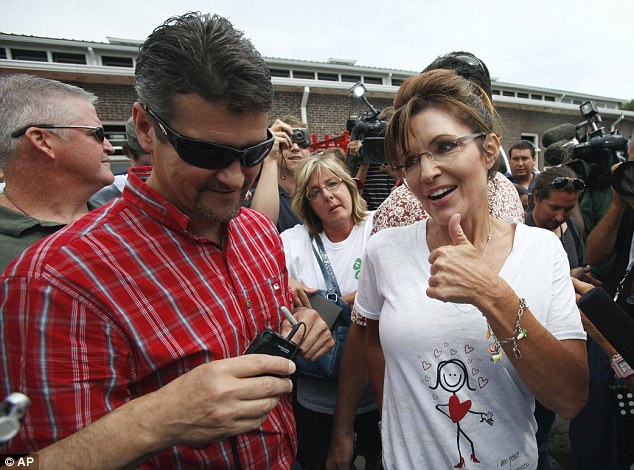 Moving on: Todd Palin is allegedly fed up with the scandals surrounding his wife Sarah Palin and is said to be filing for divorce 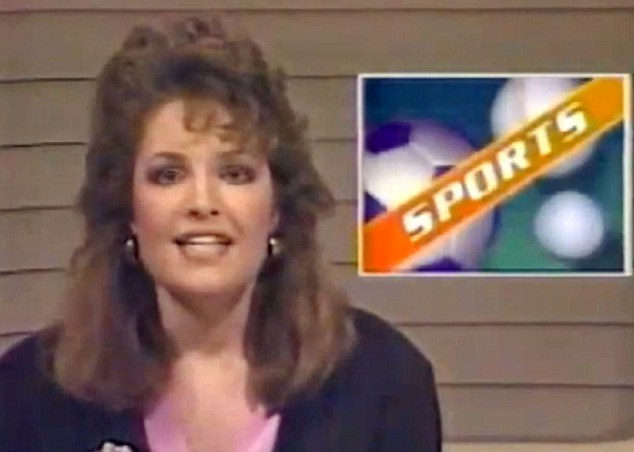 Anchor: Sarah Palin in 1987, when she presented a sports show on local TV and met basketball star Glen Rice, who she is alleged to have spent the night with

A source close to the former vice presidential candidate said: 'Sarah Palin has been destroyed by Joe McGinniss' no-holds-barred biography. It exposed all her lies, cover-ups and secrets.

'As a result she has been told by her advisers that it would be political suicide to announce a White House candidacy. The press and her opponents would have a field day digging into the dirty details of her background.' 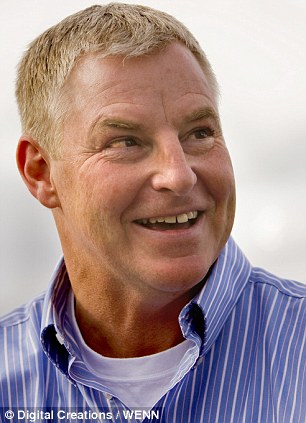 The bombshell book is said to have put the final nail in the coffin of her marriage, after Sarah's brother Chuckie was quoted saying his sister and Todd's marriage was over.

A friend told the National Enquirer: 'The final straw was McGinniss quoting Sarah's brother Chuckie telling a friend they don't have a marriage.

'Todd felt as if he was stabbed in the back by his own brother-in-law after 23 years of being married to the guy's sister, and having five kids together.'

It was revealed last week that former basketball player Glen Rice had a one-time fling with the Alaska governor when she was a news anchor for her local station and he was a junior at the University of Michigan.

The source told the Enquirer that Todd feels like he's been made a laughing stock as the hook up had become a joke on late night TV and was all over the internet.

He was also said to be 'fuming' over the biography's confirmation that his wife had an affair with his business partner Brad Hanson and that Todd dissolved their snowmobile dealership after learning of it.

Though both parties denied it at the time it came to light in October 2008, Palin's ex brother-in-law Mike Wooten allegedly confirmed it saying: 'Todd and Sarah were headed for divorce, but Sarah got pregnant soon after, so they decided to stay together.'

The new book also claims that Palin snortedcocaine off a 55-gallon oil drum and separately smoked marijuana in secret liaisons with one of her college professors.

The book's author Joe McGinniss moved in next door to the Palins in Alaska to dig dirt for his salacious biography.

In response, Todd Palin slammed the author as a 'stalker' who has a 'creepy obsession' with his wife after details of what was in the book were first leaked.

He said: 'This is a man who has been relentlessly stalking my family to the point of moving in right next door to us to harass us and spy on us to satisfy his creepy obsession with my wife.

His book is full of disgusting lies, innuendo, and smears. Even The New York Times called this book "dated, petty," and that it "chases caustic, unsubstantiated gossip".

Mrs Palin, meanwhile, has been careful to avoid commenting. 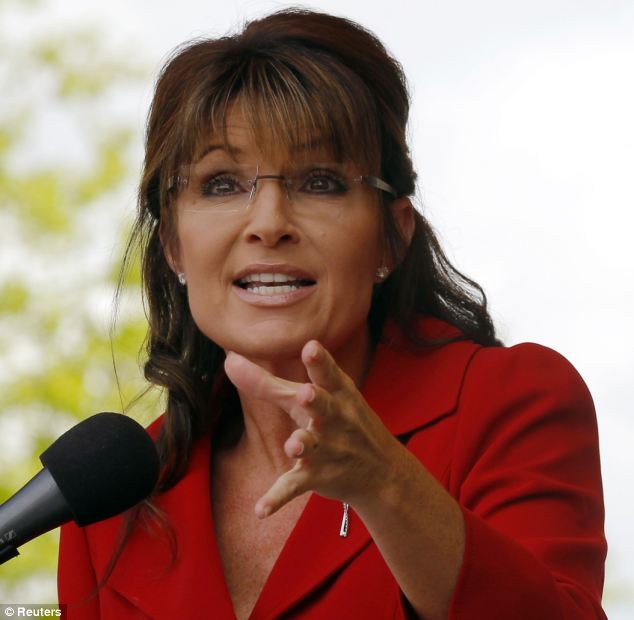 Styled: Palin in her more familiar look. A new book alleges she has taken cocaine in the past and had a six-month affair with a former business partner of her husband Todd 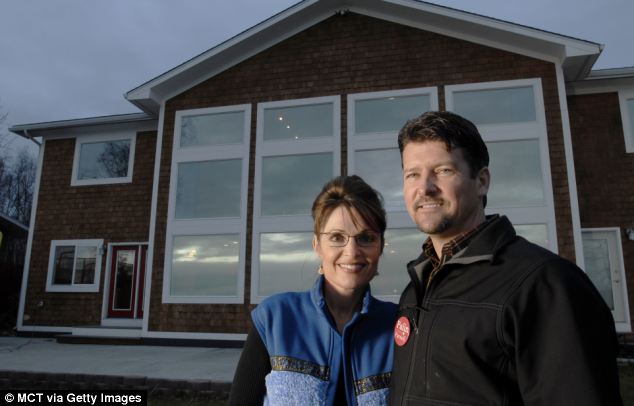 Separation?: Todd Palin, seen here with his wife outside their house in Wasilla, Alaska, is said to be filing for a divorce 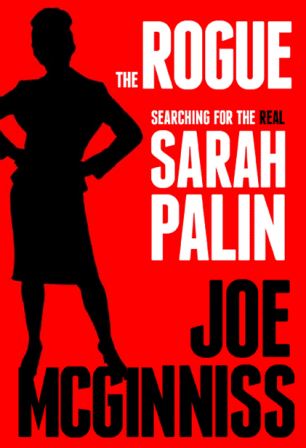 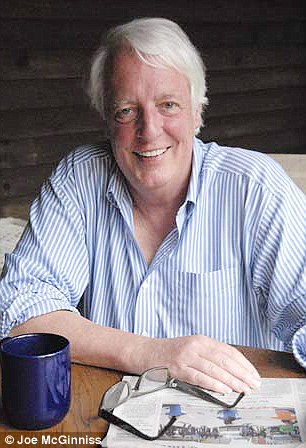 Explosive: The book, written by Joe McGinness, right, is said to have put an end to her White House bid

The author writes that after college Mrs Palin developed a 'fetish' for black men.

She allegedly had a tryst with basketball star Glen Rice in her younger sister Molly's University of Alaska dorm room, while she was dating Todd and just nine months before the couple were married.

Mrs Palin got pregnant with Todd and they eloped in August 1988.

Their son Track, the oldest of five, was born eight months later in April 1989.

A friend said Mrs Palin spent the night with the basketball star but could not confirm whether they had sex, according to the National Enquirer.

'I remember Sarah feeling pretty good that she'd been with a black basketball star,' a source told the magazine.

The athlete is said to have confirmed the night of passion in Mr McGinniss's book.

Mr Rice went on to have a huge career playing basketball in the NBA and was a three-timer All-Star. 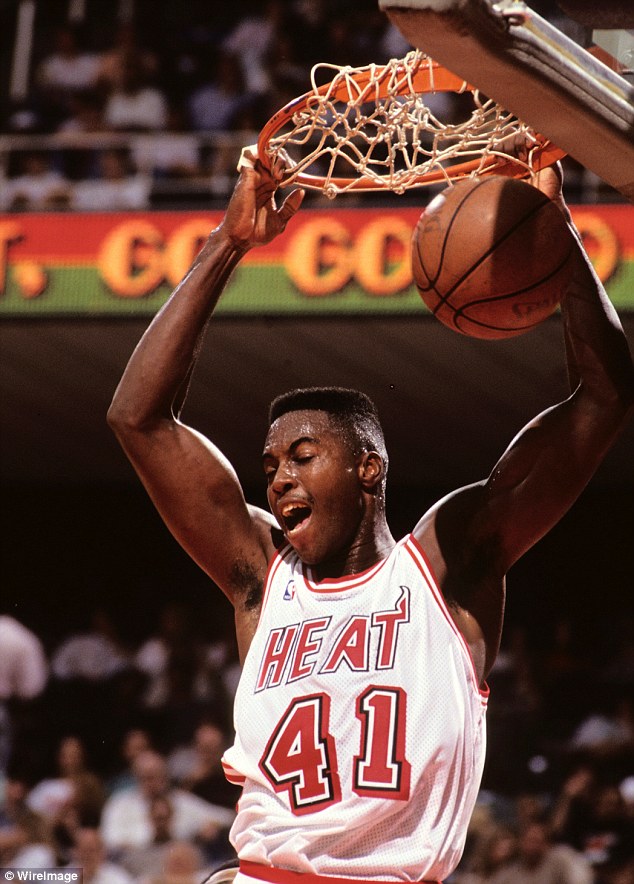 Heat: The book alleges that Palin had a one night stand with basketball star Glen Rice

The explosive book goes on to quote those who knew the family growing up, claiming Mrs Palin was a 'bad mum' who would lock herself in her room for hours on end asking not to be disturbed while her children cooked themselves dinner.

Sarah Palin was plucked from obscurity to be the Republican vice presidential candidate in 2008.

The 'pitbull in lipstick' sparked a media storm after accepting the nomination, despite questions over her experience.

But she wowed the U.S. after a barn-storming speech in September 2008 in which she attacked critics for calling her 'small town'. 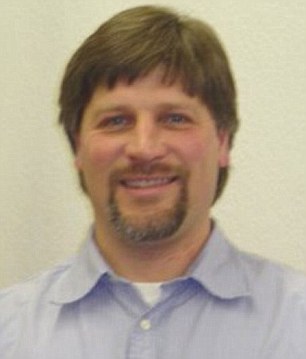 Six months: Palin is said to have had an affair with Brad Hanson, one of her husband's colleagues

A former mayor of Wasilla before she became governor of Alaska, Palin stepped down after the Republican defeat in the presidential election.

The mother-of-five has remained tight-lipped on whether she would stand next year, but said she would likely make an announcement at the end of this month.

She has been overshadowed in recent months by Tea Party candidates including Michelle Bachmann.

The Republican, who has now associated herself with the Tea Party movement in the U.S., has been dogged by scandal since being selected as Senator John McCain's running mate in 2007.

There have also been frequent rumours that she is set to divorce her husband Todd, which have always been denied.

And she has faced accusations by the father of her daughter's child, Levi Johnston, that she wanted to keep Bristol's pregnancy a secret and adopt the child herself.

Palin has yet to declare whether she intends to run for election in next year's presidential race. 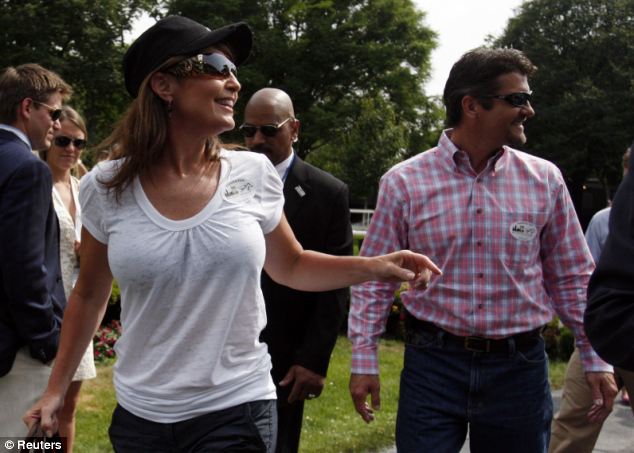 Headlines: The book, written by Joe McGinniss and released this week, claims Todd (right) dissolved the snowmobile business he ran with Brad Hanson after discovering the affair

Next door: A fence in between the Palins' home, right, and neighbour, author Joe McGinness's home, left

We need the sex tape faggots

Seriously, I bet she is like the perfect woman. Wonder what the guy did to piss her off so bad she told him to go stick it and he decided to declare divorce?

At least she has good taste in basketball players.

The basketball thing is old news.

She seems to have dropped off the earth after Trump got elected.

No one has given a fuck about Sarah Palin for about 8 years now.

Fucking hell man. Reading that article is worse than being smacked upside the head over and over for 5 minutes. How many times do these motherfuckers have to repeat the same shit that was just said 2 lines up?

Moving on: the same shit I just typed up there^

It's like someone gave a 6 year old a laptop. 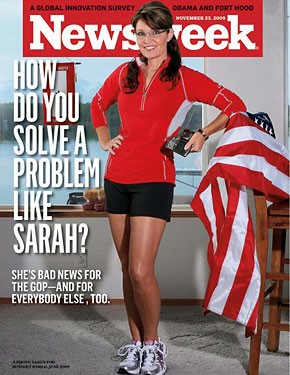 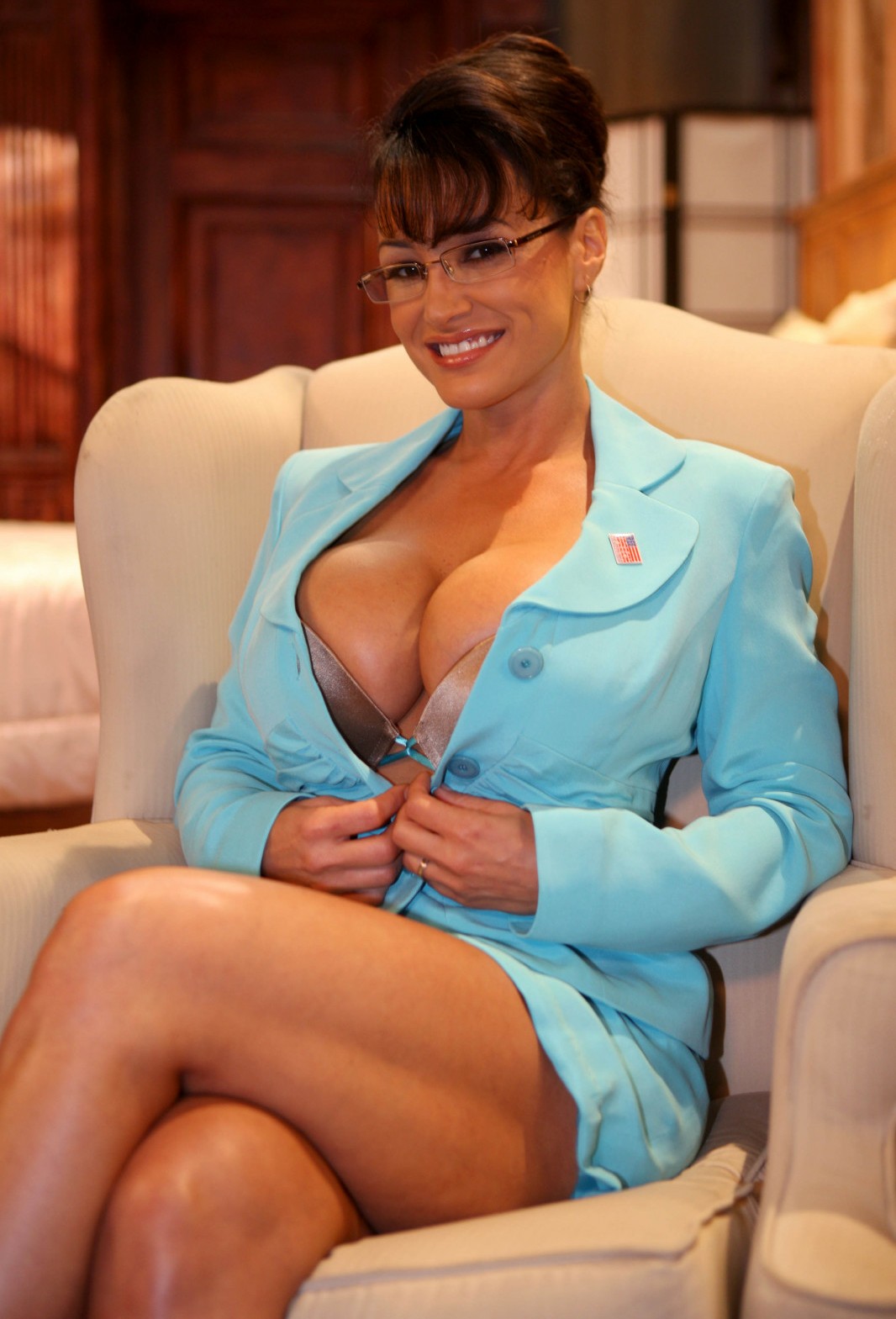 I dont understand.  She still want(s)ed to run for POTUS?  lol seriously?

So you're telling me there's a chance

The author is the weirdo/creep who moved into the house next door to spy on them 24/7?

That is pretty weird.  Think i pulled that article from the guardian so not really.

Whoever wrote that article is fucking retarted but more importantly, who gives a fuck. Oh no, she smoked weed, the guy that did the book has no credibility and sounds like a scumbag.

"The author writes that after college Mrs Palin developed a 'fetish' for black men.

She allegedly had a tryst with basketball star Glen Rice in her younger sister Molly's University of Alaska dorm room, while she was dating Todd and just nine months before the couple were married."

Article is from 2011 OP, you've got some explaining to do

Joe McGinnis is the author of one of the best true crime books ever, Fatal Vision, about a green beret surgeon in 1970 who killed his wife and kids and tried to blame it on acid-crazed hippies.

She sounds like she's a lot of fun to party with.

Article is from 2011 OP, you've got some explaining to do