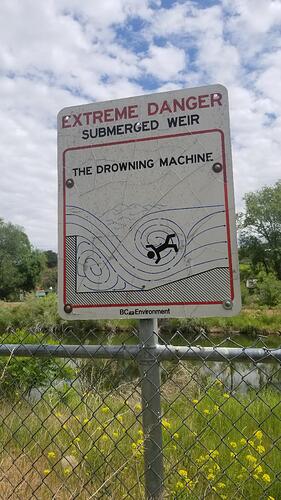 How about you just don’t make a drowning machine and we’ll all be better off?

Funny you mention that. They are not making them anymore. And many of them are being ripped out. 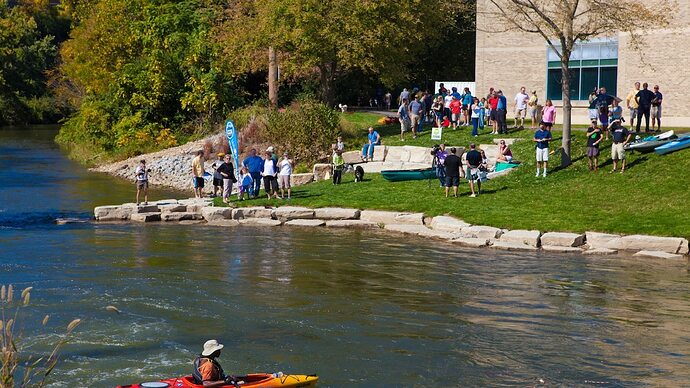 Environmentalists and adventurists push to remove archaic ‘drowning machines’ from the Midwest’s rivers.

Fun fact: I fell off the downstream side of a lowhead dam when I was 11 years old. Survived, but scary as all fuck. We had no idea what it was.

They’re extremely dangerous. The drop causes a uniform re-circulating current that acts like a washing machine on spin cycle along its length. It’s also really aerated so you’re less buoyant.

The result is if you fall into it you just keep getting sucked back in and pulled under.

The video shows New York firefighters attempting a rescue in 1975. The dam pulls them in and sinks their boat and 2 drowned trying to recover the body of a 3rd who drowned the day before trying to rescue two paddlers who also drowned.

I’m a firefighter water rescue tech and we use the above video in training, it’s awful to watch even though it’s old and grainy footage:

Only way out is to swim all the way to the bottom… And stay along the bottom and swim downstream until you get out of it. I ended up there by luck.

I’m assuming that no one understood the concept of a hydraulic current back in 1975. Even in the best of circumstances, swift waters rescuers can get caught. But those guys kept trying the same wrong strategy that created additional victims.

Not sure how cold that water was. But as counter-intuitive as it may seem, the right move for the guys who were stuck was to dump the life jackets. You have no chance if you can’t get under the surface.

Scary situation. I’d imagine there was way less knowledge in those days. Most of what we know in our training comes from paddlers and white water guys. Those weirs suck. As part of our training they put us in a small one and even that was awful. One of the guys ended up getting stuck and nearly drowning so they’ve stopped live training in weirs.

You did well to get out.

The Holy Water was blessed, that does not change it’s properties in a materialist manner or make it free of contamination. Holy Water is a part of ritual and embodying one’s faith in said ritual. The two are not the same thing in this regard.

I’m fascinated by the approach of the boats and what they expected would happened when they got close to the waterfall. I’m wondering why they weren’t trying to turn the bow around and begin to pull away as they got close even if that risked the propeller hurting those in the water.

The number one rule of rescuing people from the water is not to get yourself drowned in the process.

Is it genetic or wtf? 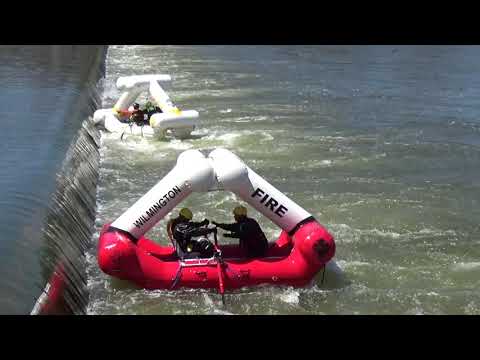 Man, I ain’t gonna let no stupid signs tell me what to do!

So good. Nice find. I’m going to show that to the crew at work.

The Holy Water was blessed, that does not change it’s properties in a materialist manner or make it free of contamination.

So… blessing it achieves what and how does a christian priest blessing it change it in any way to a hindu half naked savage getting blessed by washing in the “holy” waters of the ganges then? same same witchcraft bullshit

bwahahahahaha so finally christians admit their fait is full of shit

So… blessing it achieves what

I’ll bet they handed out vials of it instead of having it in there. 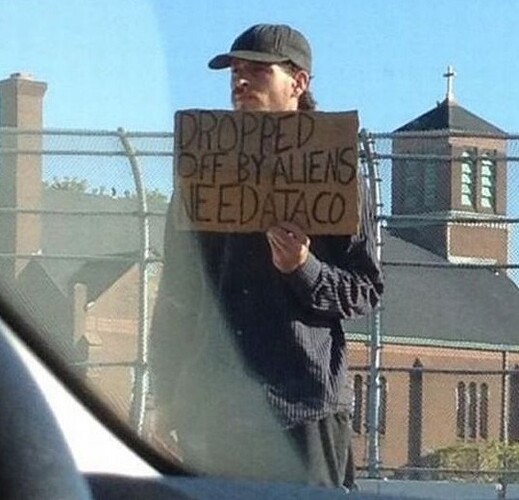 Funny you mention that. They are not making them anymore. And many of them are being ripped out.

I feel like had they asked my opinion earlier, a lot of people could have been saved.