For the purpose of punishing an opponent. He was going down to stop an empty netter, not punish an opponent.

You have to play with your head up. He wasn’t defenseless, he chose to make the risky play to win the game. That took a lot of courage knowing there’d be a collision. Nothing malicious about what happened though (malicious, aka doing it to punish an opponent).

Look at the picture above dummy. His elbow is tucked and he made initial contact with the chest area. His feet also never came up until they elevated a bit from impact.

4 game suspension. They didn’t go easy on him.

Yes, after looking at it again that was charging, by a wide margin. Also, apparently there is a rule about crossing the red (goal) line to deliver a hit. I’m assuming to prevent plays like that, where a player is going for a wrap-around, head down, and gets bulldozed.

So definitely dirty, but I didn’t expect 4 games considering he’s about the least dirty player in the league and four in the playoffs is huge in this case: If the Jets don’t win one or more of those games his, and his team’s, playoffs are over. 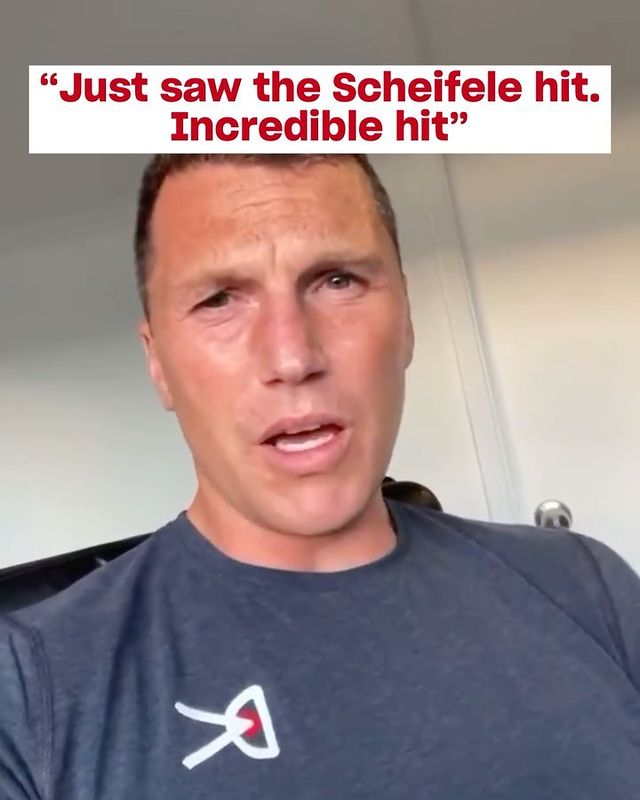 4 game suspension, lol, the NHL has become such a joke.

I think a 2 game suspension would have been suffice.

It’s a charging penalty anyway you look at it. He skated from the other end of the ice to destroy a guy.

If you watch the video in slow motion the puck is in the net when Schiefele is crossing the bottom of the circle. Everyone in the arena knew that goal wasn’t going to be stopped. Schiefele chose to throw a tantrum over losing, now he’s paying the price and cost his team big time, and maybe ended a guys career

It was a borderline hit that shouldn’t have been made. 15 years ago, schiefele would have been leaving on a stretcher as well.

He skated from the other end of the ice to destroy a guy.

Incorrect. His goal was to stop a goal. I think he made the decision to hit in a split second. He had no clue if he was going to be ahead, on time, or behind until he got there.
It’s like when you approach a red light going 65 mph on a county road. You hit the break, realize you’re going to wind up half way in the intersection by the time you stop, so you punch the gas and hit a mostly red light.

You just don’t know that…

It’s fair to say at the point of contact we don’t know his motives. Pretty clear he took off to keep it a one goal game though. Any suggestion otherwise is incorrect.

His intention was never to stop a goal. It was to send a message

This is how I perceive it as well. Still think 4 games is a bit much

Down by one with a chance to tie it up and you’re saying from 195 feet at the point of take off when 5 skaters are racing after the puck and a no clue who would get there first he was like, I don’t want to stop this goal and score to tie it up, instead I want to get there a half second late and end this man’s career?

Hopefully the piece of shit gets beat within an inch of his life in his next game.

I think a lot of hockey players have been in Scheiffle’s head-space on this one.

Getting beat late in the game, and you might’ve been on the ice for a couple goals, and you see a guy scoring another one and you just think, “No, I’m not gonna let them score again I don’t care what I have to do.” So you run the guy who’s still trying to score despite being up with the game in hand.

However, the fact it’s a playoff series adds a layer of “message sending” as well. Gotta let the other team know you aren’t going to be an easy out.

It’s a pure frustration play. You are fine with getting a normal penalty on the play, but occassionally realize after the fact that you probably put a bit too much oomph into it, and crossed the line into suspension territory.