He is too much! Poor Dillon Danis getting death threats… Bisping just put him in his place recently as well.

“I’m not robbing you, I’m just going to need all your money.”

This guy is corny. Chris Benoit of the UFC vibes

Yeah, I can read. I was joking. I figured I made that clear when I said Bisping put DD in his place after. As in “his place” is where he should be. Off his high horse.

Gone might be strong but he definitely is chinney. His last 4 is a loss to a not heavy handed Bisping, a win against Branch in which he got stunned, and losses to Yoel and Jans. Strickland isn’t a power puncher so that helps. He should drag it to the ground regardless

Luke also seems to has now and he keeps his hands very low. If he has a realistic view on things… that he must get in insane shape and that he must move so he’s never in front of sean and that he must grapple at every chance… he’d have a shot.
But from what I read it seems like Luke doesn’t wanna be around anyone that says things he doesn’t want to hear. I’m hoping that it’s bullshit & luke fights smart.

Strickland is pretty good on the ground too. They’ll stand, Luke needs a lot of kicks

Strickland is definitely trying too hard. He comes off like a total cunt.

He should stop saying this shit. It’s just going to come back to bite him. Not to wish him I’ll, but jesus- think of a divorce or assault charge against him. could he give anyone more ammo than he already has?

Most people have fucked up thoughts. Fucked up people have trouble suppressing the verbalization or acting out of the thoughts. Impulse control stuff. Hope no head injury stuff. Has to be a thought when people speak like he does.

He’s a solid, solid dude. I envision he would be a tough frigging fight. Hits long hard often. Like Phil from my gym! I think he will wear on Luke quickly. Great fight. Rock hold wanted a name, this is a tough fight for Luke. Great tilt to come.

If thought crimes were a thing and probably will be in some dystopian timeline Strickland would be one of the first to go down.

Top episode for me!!! Gang buys a boat

That chin is gone. I’m not a
Strickland fan but this will be an easy out for him. Luke’s chin has been under investigation since Bisbing turned his lights out. You can miss Luke’s chin and still knock him out. His day came and went. It’s over for him.

Has he served time in prison? Has he ever been arrested for assault? I don’t know anything about his background. A guy that talked the talk about hurting people and walked the walk is Tank Abbott. He talked about liking to hurt people and he did his entire adult life— it wasn’t an act. Is Strickland the same ?I have my doubts

I think(I hope) we will see Rockhold take Strickland down right away and work him on the ground. Watching Luke grapple is great but his standup is shaky.

Ok, but i would wager Rockhold is still a nightmare from top positions. Great fight, for both guys.

Jesus how many times do you gotta say the same thing? 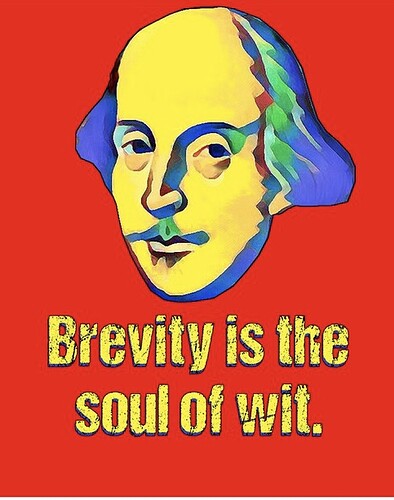 Strickland is a Danis Mark

Strickland would also lose his legs if he came at Dilan. Man cried when fat boy Orlando Sanchez put a little torque on his shoulder

Yep he is a total toolbag. Fuck em.

Just means i get someone to cheer against. Rare in mma for me.