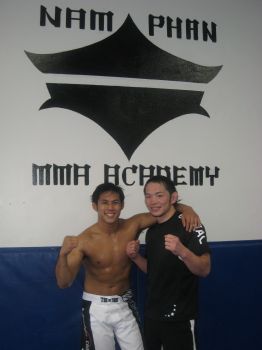 - Interestingly, a reader of Nightmare Of Battle reports that Marlon Sandro and Matt Jaggers will meet in the opening round

How long after the event will it air on HDNet, anyone know ?

Sengoku is airing live.  DREAM is not, unfortunately.

Jong Man Kim also got the last tournament spot.  No Hoshino after all, but it still went to a good fighter.

Phan vs. Kadowaki is a great fight.

Alot of the participants who arent matched up yet im assuming came from Shooto, DEEP, Cageforce etc, I have a hard time getting links to the Japanese cards, even though ive been looking, I cant seem to find sites that have youtube vids of the fights like the UFC cards etc, so im unfamiliar with alot of them

put tyler combs on instead of jaggers