Sherri Papini charged with lying about her 'abduction'

I just saw the interrogation footage where the cops busted her story.

To his credit, the husband instantly wanted nothing to do with her and wanted to make sure she had no access to the home/kids.

The largest discrepancy by far in sentencing is between men and women for the same crimes but no one cares about that bias.

I’d let her suck my Papini

The ex bf is Fabio

Surprised its not in the news

I wouldn’t be surprised if her attorney was screwing her. The way he has his arm around her all the time…

The ex bf is Fabio

Surprised its not in the news

she copped a plea and will admit to the whole thing;

“I am deeply ashamed of myself for my behavior and so sorry for the pain I’ve caused my family, my friends, all the good people who needlessly suffered because of my story and those who worked so hard to try to help me,” Papini said in her statement. “I will work the rest of my life to make amends for what I have done.”

This cunt not only cucked her hubby but took money from a victims fund and SSDI, thats the man reason she is going to the joint.

Holy fuck what a head case. All that for some dick?

She was having multiple online “relationships” with guys she met on Facebook. She had the guys phone numbers saved as women’s names in her phone.

They ended up busting her from the DNA found in her underwear from the guy she was banging. They ran it through that “familial DNA” testing which narrowed it down. Then they just looked at her Facebook friends.

I was surprised that the guy didn’t get charged. Certainly he had to of seen the news when she was on the run (at his house).

Just to add realism, she didn’t eat to lose 20 pounds then she had him help her do the branding with a wood burning kit from a hobby store. She wanted him to also break her nose with a hockey stick but he wouldn’t. So that crazy bitch had him hold the hockey stick and she slammed her face into it which did the trick.

Is whore jail better or worse than regular jail? 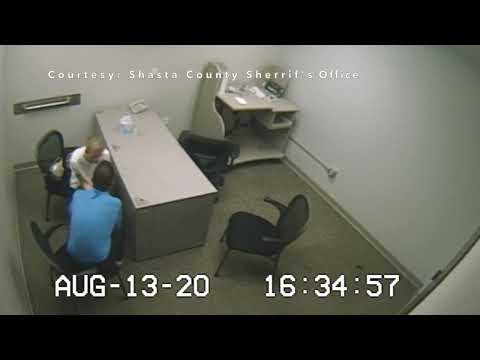 Only if your name is John!