Authorities have arrested a man in San Francisco, California accused of operating an underground website that allowed users to purchase guns and drugs from around the world using encrypted, digital currency.

Ross William Ulbricht, also known as “Dread Pirate Roberts,” was arrested by the Federal Bureau of Investigation on Tuesday for his alleged involvement in the Silk Road online marketplace, according to court papers published this week.

According to prosecutors, Ulbricht aided in the trafficking of controlled substances from January 2011 up until last week. The authorities say that the narcotics moved through the Silk Road site included 1 kilogram of heroin, 5 kilograms of cocaine, 10 grams of LSD and 500 grams of methamphetamine.

Additionally, prosecutors say Ulbricht solicited a Silk Road user in March of this year to “execute a murder-for-hire.” The would-be victim, according to the FBI, was another use of the website who “threatened to release the identities of thousands of users of the site.”

By relying on users to conduct deals through anonymizing software and with the encrypted Bitcoin digital currency, Silk Road has made waves since 2011 as an online hub for illegal activity. Prior to being shut down, customers computer savvy enough to navigate through the site were presented with a plethora of products to be purchased using Bitcoin, including illegal firearms, drugs or, reportedly, assassins.

Seems to have far reaching implications for Bitcoin. Might be a good time to dump your assets in Bitcoin before this hits the market. This is craziness.

I thought the fucking government was shut down.

Anyone here ever use it or have Bitcoin assets? Personally I haven't and don't. Wasn't there someone on the forum who was going to start investing in Bitcoin? I'm actually surprised he was an American.  Figured it was run and hosted offshore for this very reason 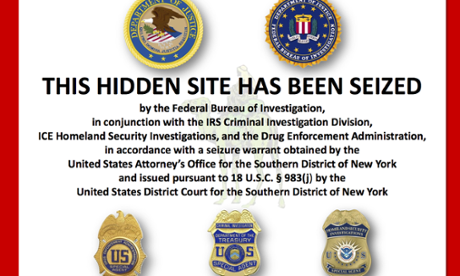 Also, he must've been an OGer

One Google+ profile contains a posting dated April 2012 asking for "anybody know someone that works for UPS, FedEX, or DHL?" while a YouTube profile contains videos on internet freedom and privacy saved on a playlist marked "for later", alongside a video titled "How to Get Away With Stealing".

Very interested in how he was caught. I thought the big ddos attack might have given the network location with monitoring help from the major isps

Shows how safe and anonymous it really was

Very interested in how he was caught. I thought the big ddos attack might have given the network location with monitoring help from the major isps

Agents attempting to track the Silk Road founder looked back into early promotion of the site, looking at messages posted on drug discussion forums and Wordpress blogs by a user named “altoid”. Agents tracked this name to a Gmail address, which they then claim was registered to Ulbricht.

FBI agents then began surveillance of Ulbricht, who they say was living in San Francisco under an assumed name, attempting to match his internet activity with the posting times of Dread Pirate Roberts. Agents also intercepted fake IDs being posted to the address at which Ulbricht was staying.

lmfao @ the Feds buying 5 kilos of Coke from these morans website....

I imagine some old timer DEA guy who worked in the field on the Pablo Escobar case buying coke on the internet from some kid named 'L33t C0K3 Dealorz!!!!'...

andyman011 - Shows how safe and anonymous it really was

Not it was always known the site could be found. However transactions should be safe.

suprised it took this long

OblongBox - So is the hitman on silk road legit or not? I always thought is was a joke or something.

Don't we have a poster named Altoid? Haven't seen him in a while now that I think about it.