Single biggest thing liberals are delusional about? Same with conservatives?

Which really weren’t available until after his term was done

I notice alot of the right dually credits trump for getting the vaccine delivered so quickly, then shits on the vaccine for being unsafe.

It seems lots of democrats think that if you’re a republican then you hang on trumps every word.

There are some really good people who vote Democrat as opposed to everyone being an anti-American piece of shit.

Lots of truth to this.

Each side thinks the majority of the “other side” are the extremists on the far ends. Biased media on each side pushes that narrative too. “Coming to a school near you, etc!” People are gullible idiots. Go out and hang out with your community despite who they voted for and stop thinking the internet is real life.

It’s the asshole minority of each party that’s the loudest.

Gas prices did reduce under Trump after it was high under obummer. What reality are you living in?

the world i live in is reality.

gas prices bottomed out during the economic crash of 2008. they then rose sharply through his first term and fell steadily through his second term. trump oversaw a steady climb in gas prices, with a drop in 2020 as demand fell sharply due to the pandemic

if anything, the gasoline narrative shows just how good the republicans are at their identity. gas prices rose steadily during the GWB years as well. yet they somehow still win that issue.

Why did you decide in January? Cause it was the lowest gas prices this year under Biden?

Why not compare the volatility of the gas prices as well. 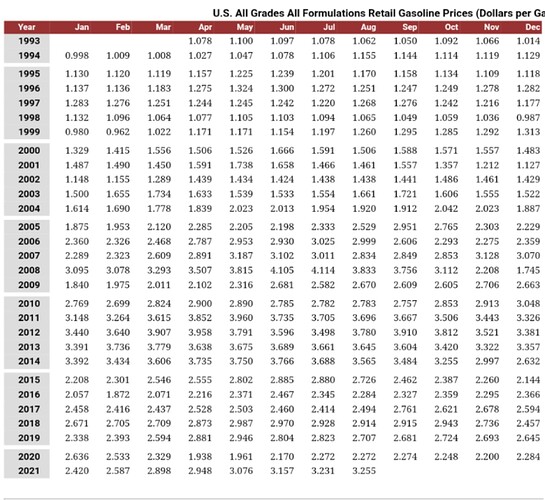 Prices were increasing until the giant glut hit in 2015

Both sides are madly delusional about healthcare.

because they are relevant to circumstances.

in the 2009, for example, it is not accurate that obama was just handled a historically low gas price that got there because of the result of republican policy. it rose through the 2000s considerably. and it is also not accurate to say that trump held or reduced gas prices through his term. they rose steadily and he only ended up on the good side because of 2020 drop due to the pandemic. 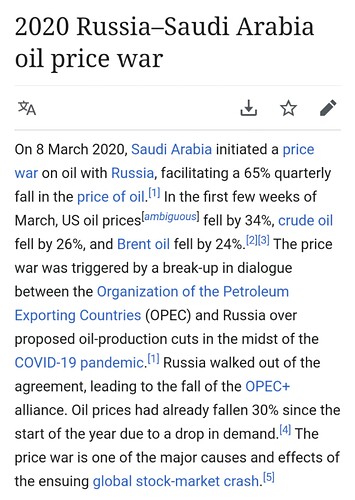 Probably a combination of both but I would say the price war was the driving factor. Check out the price the day after 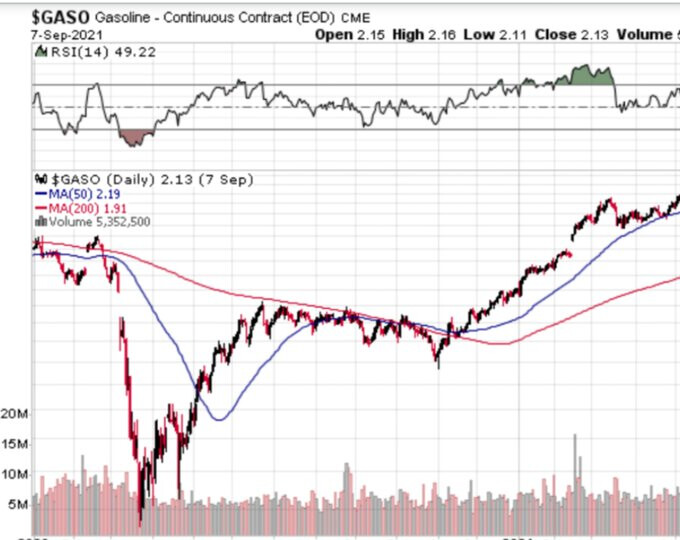 Sorry I cut off the dates. I can get a better image of you would like

Trump… I mean his base isnt enough to get him elected

sure. but that just helps the point i am making. gas prices are complicated. it is not as simple as trump drilled and so prices went down, which is what i responded to.

republicans have done a good job owning this issue despite any actual evidence that passes the sniff test that their leadership has resulted in lower gas prices. just look at how much REEing there has been over the recent increase.

Liberals or leftists (as they actually are now) are delusional on 99% of the things they believe because they believe in collectivist solutions to individual problems which encompasses just about everything.

both sides are delusional in the belief that you can just pass a law against anything you don’t like and make it go away without any kind of consequences that in many cases make things worse.

I missed the part where they said it was production under trump cause when it was clearly the Obama admin that began with the increase that lead into the trump admin inheriting the first time the US became a net exporter.

Gas prices are complicated and the laws of supply and demand in addition to currency fluctuations that need to be factored in in order to fully understand gas price movements.

Funny enough though trump could have played a role and be responsible for both the crash in prices and the following spike as he kept putting in his .02 with Saudi and production

Now supply and demand and currency prices are also driven by external factors.

I just always thought it was hilarious to watch the Obama admin say we need to move to electric while increasing domestic production.

Regardless, republican or Democrat, they both suck and shit can happen either under either admin that are for the positive and/or negative.

The right suffers from the delusion that we are a "propositional nation” and that inside of everyone (Taliban, communists, etc) is a “conservative” just dying to get out if they can just explain the joys of their version of liberal democracy and our glorious founding harder.

I seriously can’t think of anything important the left is not delusional about.

Trump… I mean his base isnt enough to get him elected

Liberals and Conservatives both: Double Standards