Son tells dad to hop in the back seat - The power of accent, voice and Westernization

Son pranks his dad by telling him to hop in the back seat while he is waiting for his girlfriend. 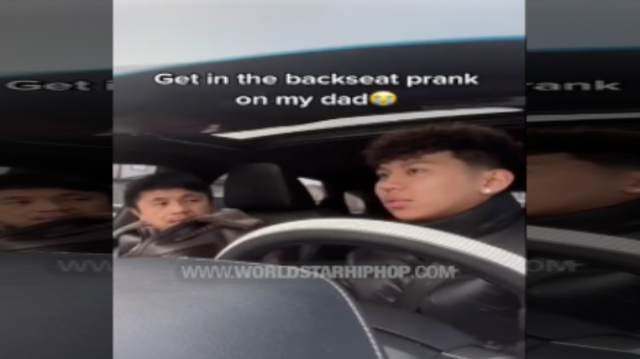 Dad Wasn't With It After His Son Tried To Pull A "Get In The Backseat" Prank...

Dad wasn't with it after his son tried to pull a get in the backseat prank on him. Posted By DMitchell

I think the video is hilarious!

What I found really fascinating though is how much difference voice, accent and Westernization makes in a person.

I don’t know how to say this in a nicer way, but his father sounds and comes off as inferior and lower. It’s hard to explain but I am sure you are noticing it too.

Just goes to show how something minor be so important.

Ballsy, Vietnamese are the craziest of Asians

The kid only sounds more authoritative because he’s speaking in his native language, unlike the dad. I’m half English, half Spanish and live in Spain. I speak both languages really well but English is my first language and the tables flip drastically between me speaking one language or the other.

Also, I wouldn’t consider it a “minor” thing. Communication is human’s greatest strength and when it’s compromised we turn into much inferior beings.

How is this considered a “prank” exactly?