I was never really good at the game but I would bull rush guys into the corner and do the machine gun low kicks till they go dizzy with ryu. I would also use E Honda and to the turbo bitch slap.

I got my brother so made he destroyed a controler.

I was in the hood and was playing against some black kids one time and I was beating a bunch of them just mashing buttons, they were cool though, we had a blast.

My oldest has the E-Honda palmstrike blitz down pat. It’s infuriating.

I liked sf 2turbo, the one where E Honda could go forward and backwards while slapping. Some versions he could do it mid air

I had a pandora box and would spam them on my brothers kids.

machine gun low kicks till they go dizzy with ryu. I would also use E Honda and to the turbo bitch slap.

Those were the two greatest spam moves.

Caused TONS of fights in the arcades in the 90’s…

That “tap, tap, THROW” style of playing was against a lot of “local” rules. Ive seen a lot of liquor store brawls over SF2 because of it. I was always of the opinion that if its in the game its fair, but I also gave no mercy to people playing against me on a machine with a broken stick or buttons. A good carpenter doesnt blame his tools!

Using Guile’s “magic throw” glitch (we called it the “Dim Mak”) was another fight starter.

Haruken and and Uppercut ftw

What was the magic throw?

Sf2 was a real GameChanger for arcade games. It was cool how they had a head to head game that was skill based and deep. You could win by mashing buttons but not against a skilled player

What was the magic throw? 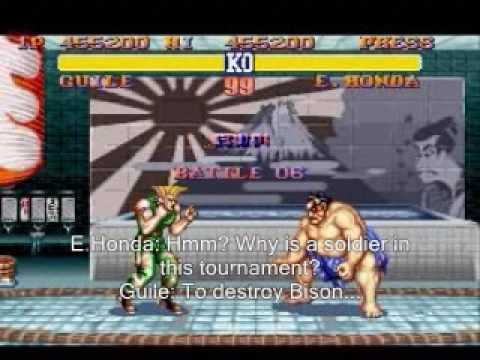 Guile was my favorite, but it was harder to be good with him than some others IMO.

Yeah you would get ass busted doin that here

Bring it. Ill put my 50 cent in and beat people til I got tired of it.

Lol! That is hilarious. I’ve never seen that done! I could see people getting pissed!