Also what happened to the cop that infiltrated and got video and survived?

He was shot by his brother and fell in the ocean. I would expect him to make an appearance if they do end up making a second season.

As far as the ending, him walking away from his daughter to get revenge. I was hoping he got on the plane but it leaves a lot of story lines open

I could of swore I saw him after he was shot. I was like “I knew he was alive”. Am I mistaken?

Bro I avoided this thread for 10 days to watch it. I don’t understand how people can read a thread about a TV show and not expect spoilers?

Just finished it last night and really enjoyed it. The red light/green light scene is one of the best in recent memory of any show. The bridge game was also very well done and very suspenseful. I get that the old man was in charge and just wanted to play, but does that mean he was guaranteed to not be killed in any of the other games? Obviously he lost at marbles and they made it look like he got shot, but does that mean if he had moved at all during red light/green light he wouldn’t have been shot either? I definitely didn’t see that twist coming at the end.

I’ve since watched the Alice In Borderland show… I’d say they are about even. I didn’t like the ending of this “who’s the witch” shit. Both shows started strong and fell off. But I don’t regret watching

There was no way the old man would lose red light/green light or honeycomb because he knew what to do. Tug of war was his only chance of a loss. They probably would have not cut the rope, rescued him, and killed all the players if his team lost. He knew he was gonna lose marbles on purpose and had fun toying with the main guy.

I thought the show ended strong. I saw the brother twist coming a mile away, but not the old man twist. Damn them for making me sad when he “died”, then it turns out he is the a-hole in charge of the whole thing The squid game in the rain was awesome. Sang Woo losing all morals and killing innocent people for the money was well done. So was the main guy deciding not to sell his soul for money. Having the main guy end up broken from the traumatic game seemed more real then him just enjoying the money. Then the encounter with the old man again and the bet where faith in humanity is restored snapped him out of his funk.

Great ending to a great show. The only bad thing about the show imo was the acting of the English speaking VIPs. But I understand that the Korean audience wouldn’t even notice that.

Yeah the tug of war was the main one I was curious how it would have gone down had the old mans team lost. But it makes sense that after so many years of watching, he knows what the exact perfect strategy is to win. The brother twist was obvious in hindsight, I should have seen that one coming. And i’m glad i’m not the only one who thought the vip’s were terrible actors.

I guess the biggest thing I took away from the show though is that the won is a pretty worthless currency lol. I guess the dollar equivalent to the final prize was only like 30 million or something.

Great ending to a great show. The only bad thing about the show imo was the acting of the English speaking VIPs. But I understand that the Korean audience wouldn’t even notice that.

I just want to clarify WHY the English speakers acted the way they are. That’s how Westerners are perceived in Korean media. Think of it like this. You know how “Russians” act and look in American TV and movies? Same thing.

Does the show have anything to do with BTS?

If you like squid game. Also in Netflix is Alice in Borderland. Similar vibe and worth watching

You did see him after the fall. He was standing shirtless in a bathroom looking at his wound. But then nothing more…

You did see him after the fall. He was standing shirtless in a bathroom looking at his wound. But then nothing more…

The brother cop right? He did make an appearance after being shot off the cliff right?

When I binge watch these shows I tend to forget stuff a lot faster than watching a show week to week or spread out.

Thanks I’ll check it out

I had suspicions about 001, with the marble game it cemented it for me, they showed the deaths of all the other main characters, but not his. 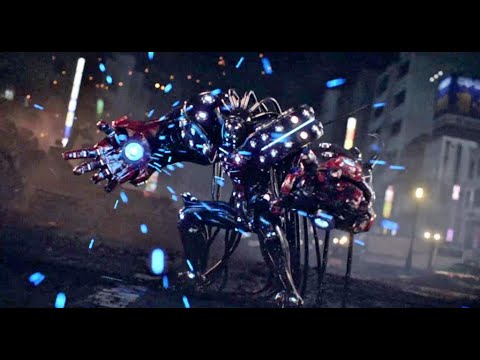 –What was the deal with his hair color at the end? Was there some symbolism regarding that? Didn’t get that.

–What was the deal with his hair color at the end? Was there some symbolism regarding that? Didn’t get that.

It’s to express his anger.