Lmao he must of been doing the same then

Lmao he must of been doing the same then

Or the other two judges who scored the fight really close! lol

I’m saying it now. Porter upsets Crawford. I remember that little Lithuanian guy giving Crawford trouble. He even hurt Bud and was robbed of a knockdown in that fight. Porter is a combination of bigger, better, closer to his prime and more versatile fighter than anyone Bud has faced in awhile. Plus, he has fought far better competition at Welterweight than Crawford has.

Shawn won’t be intimidated, starts much faster, and does well against southpaws. We know Porter has the tenacity needed to get through a dogfight. When’s the last time Bud was REALLY gut checked? I think he’ll jump on Bud early. Build a lead. And, hangs on for an upset victory.

I agree that Porter beats Crawford. Why do you think it would be an upset? 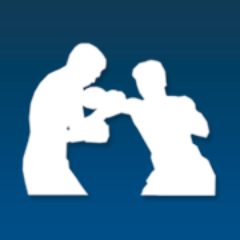 I don’t think Porter winning would be an upset. The oddsmakers and the “experts” will though.

Well you’re not missing much, these refs are trash. The last bout might as well have been a judo match, they don’t break them, ever

Was Briggs always this awesome?

Well you’re not missing much, these refs are trash. The last bout might as well have been a judo match, they don’t break them, ever

When is the fight? I’d throw a couple sheckles on Oscar at those odds.

Was Briggs always this awesome?

Looking over his record on boxrec I was impressed until I looked at his best wins vs his losses. Kinda tough to judge without having seen many of his fights though.