he was talking about smoking it, not growing it. he likes to smoke weed outside. at least im almost positive that’s what he was getting at.

Snapped a pic of the top cola of the auto. 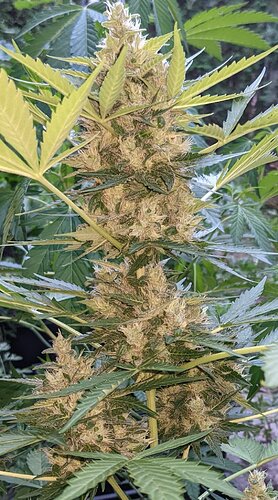 What’s the strain, who made the seed , thanks 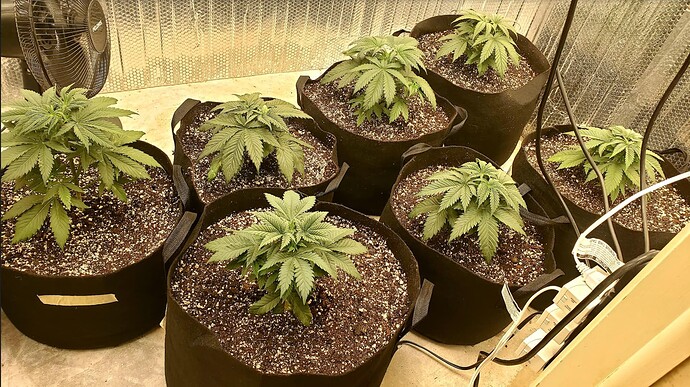 Not sure it was gifted to me and I was told it was gorilla blue and from some small breeder called butterbean.

I tired to google the strain but could not find any references. The company does have a “blue glue” which I’m wondering of it is the same. 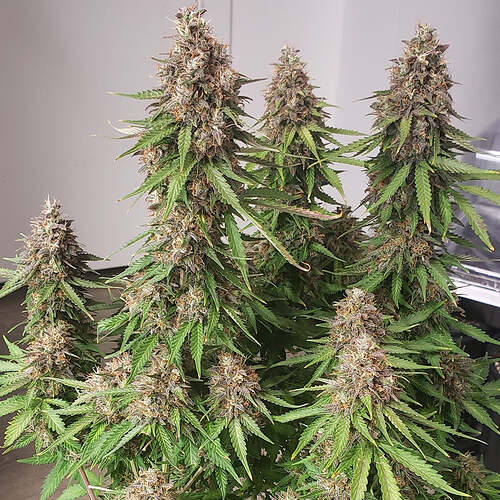 I do see that autos have come a long way and may be good for an intro as a new grower but I still wouldn’t fuck with them.

I disagree. The best I’ve had was outdoor and I’m no expert but the ones I know tell me outdoor non-production grows are the best smoking. Not talking about 5 acres of mass production stuff here, but small gardens of less than 10 plants lovingly attended to every day by their owners. They dry several pounds off each plant and then set to work processing soil for next year before this year is even cured.

I’ve been told as soon as you see someone using chemicals on a plant then it’s not the good stuff.

If I hadn’t planted 20 Back to the Future 2 autos this year I wouldn’t have much left to harvest. They survived the heat, bugs and dry weather better than anything I had this season.

Wdym chemicals. Everything is a chemical.

Autos would probably be the better choice outside I’d assume. You arent stuck to the growing season and they’re hardy.

Autos would probably be the better choice outside I’d assume. You arent stuck to the growing season and they’re hardy.

Autos can be lower maintenance but regular seeds can be grown into massive producers. I have 4 feminized GG4s that were germinated April 1, planted outside mid May and are now 8’ tall, 10’ around and flowering their hearts out. That matters when you’re working inside of a 5 plant limit.

Nice sounds like some big mommas. I can’t do that where I live lol

I love how far indoor plants can be pushed, but outdoor done right is tough to beat.

You can see my blueberry cookies in the background that’s not an auto.

I managed to keep it nice and short by timing the cloning of it and the pot size.

I’ll snap some pics over the weekend. I actually have a blueberry cookie indoor and one outdoor that should both be ready around the same time.

That’s where autos are best, for sneak grows. They don’t get big so they blend with existing weeds pretty good. As long as nobody gets right up on them or smells them then you only need 2-2.5 months to grow a few ounces.

Gg4 is a nice strain to grow outdoor. Ive had some monsters in the past. Already flowering? Wow. Mine wouldn’t normally start to flower until end of august (Ontario)

I’ve seen too many monster plants succumb to powdery mildew and bud rot.

I’m glad to keep mine smaller

That is what I really enjoy about indoor. No bugs and super easy to not grow mold