How the Sugar Industry Shifted Blame to Fat
By ANAHAD O'CONNORSEPT. 12, 2016 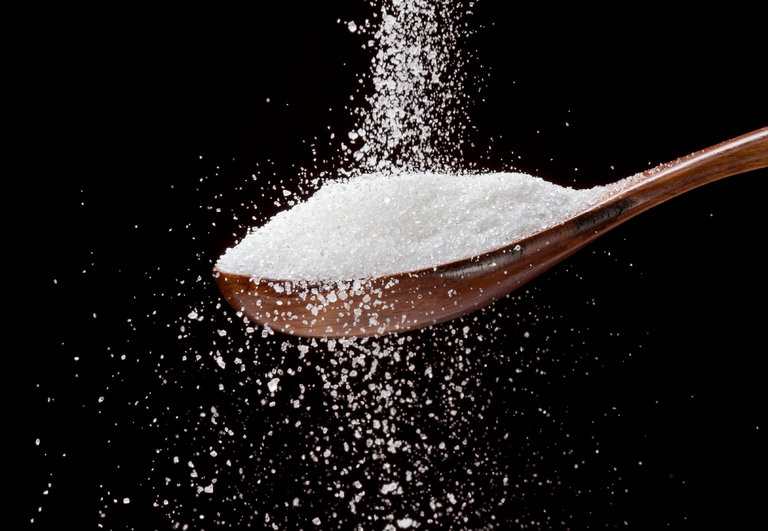 The sugar industry paid scientists in the 1960s to play down the link between sugar and heart disease and promote saturated fat as the culprit instead, newly released historical documents show.

The internal sugar industry documents, recently discovered by a researcher at the University of California, San Francisco, and published Monday in JAMA Internal Medicine, suggest that five decades of research into the role of nutrition and heart disease, including many of today's dietary recommendations, may have been largely shaped by the sugar industry.

"They were able to derail the discussion about sugar for decades," said Stanton Glantz, a professor of medicine at U.C.S.F. and an author of the JAMA Internal Medicine paper.

The documents show that a trade group called the Sugar Research Foundation, known today as the Sugar Association, paid three Harvard scientists the equivalent of about $50,000 in today's dollars to publish a 1967 review of research on sugar, fat and heart disease. The studies used in the review were handpicked by the sugar group, and the article, which was published in the prestigious New England Journal of Medicine, minimized the link between sugar and heart health and cast aspersions on the role of saturated fat.

Even though the influence-peddling revealed in the documents dates back nearly 50 years, more recent reports show that the food industry has continued to influence nutrition science.

Last year, an article in The New York Times revealed that Coca-Cola, the world's largest producer of sugary beverages, had provided millions of dollars in funding to researchers who sought to play down the link between sugary drinks and obesity. In June, The Associated Press reported that candy makers were funding studies that claimed that children who eat candy tend to weigh less than those who do not.

The Harvard scientists and the sugar executives with whom they collaborated are no longer alive. One of the scientists who was paid by the sugar industry was D. Mark Hegsted, who went on to become the head of nutrition at the United States Department of Agriculture, where in 1977 he helped draft the forerunner to the federal government's dietary guidelines. Another was Dr. Fredrick J. Stare, the chairman of Harvard's nutrition department.

Bartleby33 32 minutes ago
Avoid all processed foods, including those labelled healthy and low fat (low fat has more sugar). Cut all sweet and diet soft drinks. Treat...
Aging 32 minutes ago
The same thing is going on today. I can avoid sugar but I cannot avoid glyphosate saturated corn or soybean protein in the GMO so-called...
john riehle 32 minutes ago
Unfortunately, despite greater willingness to recognize sugar as a toxin "shifting the blame to fat" for the obesity and diabetes epidemic...
SEE ALL COMMENTS WRITE A COMMENT
In a statement responding to the JAMA journal report, the Sugar Association said that the 1967 review was published at a time when medical journals did not typically require researchers to disclose funding sources. The New England Journal of Medicine did not begin to require financial disclosures until 1984.

The industry "should have exercised greater transparency in all of its research activities," the Sugar Association statement said. Even so, it defended industry-funded research as playing an important and informative role in scientific debate. It said that several decades of research had concluded that sugar "does not have a unique role in heart disease."

The revelations are important because the debate about the relative harms of sugar and saturated fat continues today, Dr. Glantz said. For many decades, health officials encouraged Americans to reduce their fat intake, which led many people to consume low-fat, high-sugar foods that some experts now blame for fueling the obesity crisis.

"It was a very smart thing the sugar industry did, because review papers, especially if you get them published in a very prominent journal, tend to shape the overall scientific discussion," he said.

Dr. Hegsted used his research to influence the government's dietary recommendations, which emphasized saturated fat as a driver of heart disease while largely characterizing sugar as empty calories linked to tooth decay. Today, the saturated fat warnings remain a cornerstone of the government's dietary guidelines, though in recent years the American Heart Association, the World Health Organization and other health authorities have also begun to warn that too much added sugar may increase cardiovascular disease risk.

Marion Nestle, a professor of nutrition, food studies and public health at New York University, wrote an editorial accompanying the new paper in which she said the documents provided "compelling evidence" that the sugar industry had initiated research "expressly to exonerate sugar as a major risk factor for coronary heart disease."

"I think it's appalling," she said. "You just never see examples that are this blatant."

Dr. Walter Willett, chairman of the nutrition department at the Harvard T. H. Chan School of Public Health, said that academic conflict-of-interest rules had changed significantly since the 1960s, but that the industry papers were a reminder of "why research should be supported by public funding rather than depending on industry funding."

Dr. Willett said the researchers had limited data to assess the relative risks of sugar and fat. "Given the data that we have today, we have shown the refined carbohydrates and especially sugar-sweetened beverages are risk factors for cardiovascular disease, but that the type of dietary fat is also very important," he said.

The JAMA Internal Medicine paper relied on thousands of pages of correspondence and other documents that Cristin E. Kearns, a postdoctoral fellow at U.C.S.F., discovered in archives at Harvard, the University of Illinois and other libraries.

The documents show that in 1964, John Hickson, a top sugar industry executive, discussed a plan with others in the industry to shift public opinion "through our research and information and legislative programs."

At the time, studies had begun pointing to a relationship between high-sugar diets and the country's high rates of heart disease. At the same time, other scientists, including the prominent Minnesota physiologist Ancel Keys, were investigating a competing theory that it was saturated fat and dietary cholesterol that posed the biggest risk for heart disease.

Mr. Hickson proposed countering the alarming findings on sugar with industry-funded research. "Then we can publish the data and refute our detractors," he wrote.

In 1965, Mr. Hickson enlisted the Harvard researchers to write a review that would debunk the anti-sugar studies. He paid them a total of $6,500, the equivalent of $49,000 today. Mr. Hickson selected the papers for them to review and made it clear he wanted the result to favor sugar.

Harvard's Dr. Hegsted reassured the sugar executives. "We are well aware of your particular interest," he wrote, "and will cover this as well as we can."

As they worked on their review, the Harvard researchers shared and discussed early drafts with Mr. Hickson, who responded that he was pleased with what they were writing. The Harvard scientists had dismissed the data on sugar as weak and given far more credence to the data implicating saturated fat.

"Let me assure you this is quite what we had in mind, and we look forward to its appearance in print," Mr. Hickson wrote.


After the review was published, the debate about sugar and heart disease died down, while low-fat diets gained the endorsement of many health authorities, Dr. Glantz said.

"By today's standards, they behaved very badly," he said.

The sugar industry is horrible so I'm not really surprised.  Are these peer reviewed studies we're talking about?

Sugar has been turned into a drug

I read that article and was appalled, they have been fucking up Floridas environment for decades

Watch the documentary "Sugar Coated." It should be on netflix. It goes really deep in to this.

TLDR? Watch the document "Sugar Coated" on Netflix. Sugar is a toxic drug.

Slydawg - I absolutely hate sweets, I find them revolting. I guess I will be okay but my wife lives off baklava.

This nerd's a real butterfingers, it makes me snicker how this dum dum thinks he could skor a payday by trying to trolli us about sugar......babies.

Sugar ain't bad so long as you don't overeat. Same with fat.


The fatties just can't accept that they eat too much.

Collusion between a industry and government resulting in the deaths of millions of people.

How can you trust anything from a corporation or a government is beyond me.

fucking sad how our gov't has been fucking us for years. This is one of the things that lead to trans fat usage which is way worse that saturated fats.

No one is forcing anyone to eat excessive amounts of sugar, fat, or any type of food.


How much fucking power do you want the government to have? Food laws? Really?

No one is forcing anyone to eat excessive amounts of sugar, fat, or any type of food.


How much fucking power do you want the government to have? Food laws? Really?


So they allow shit sodas and food at every corner of every school to kids that would just eat it up ALL day because they have no clue that it will harm them and that's not a way to force it?

How about accuratly put how much total sugar there is in food and drinks? Instead of the whole added sugar garbage and countless alternative names they call ingredients.

Stop defending that shit. Nobody is forcing you not to eat sugar. But they have to put the accurate information out there and let people decide. Unless you work for one of those companies, there is no logic for someone who does not want strict laws on accuratly telling us what is in our food.