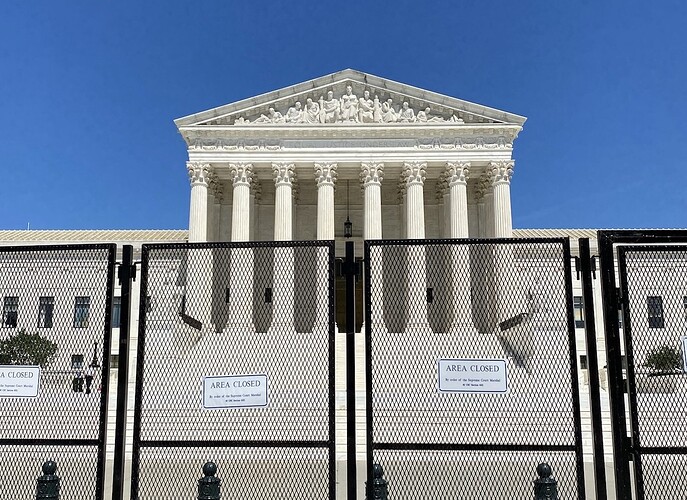 This article was updated on June 23 at 12:03 p.m. The Supreme Court on Thursday struck down a New York handgun-licensing law that required New Yorkers who want to carry a handgun in public to show a special need to defend themselves. The 6-3 ruling,...

The Supreme Court on Thursday struck down a New York handgun-licensing law that required New Yorkers who want to carry a handgun in public to show a special need to defend themselves.

The 6-3 ruling, written by Justice Clarence Thomas, is the court’s first significant decision on gun rights in over a decade. In a far-reaching ruling, the court made clear that the Second Amendment’s guarantee of the right “to keep and bear arms” protects a broad right to carry a handgun outside the home for self-defense. Going forward, Thomas explained, courts should uphold gun restrictions only if there is a tradition of such regulation in U.S. history

The state law at the heart of New York State Rifle & Pistol Association v. Bruen required anyone who wants to carry a concealed handgun outside the home to show “proper cause” for the license. New York courts interpreted that phrase to require applicants to show more than a general desire to protect themselves or their property. Instead, applicants must demonstrate a special need for self-defense – for example, a pattern of physical threats. Several other states, including California, Hawaii, Maryland, Massachusetts, and New Jersey, impose similar restrictions, as do many cities.

The lower courts upheld the New York law against a challenge from two men whose applications for concealed-carry licenses were denied. But on Thursday, the Supreme Court tossed out the law in an ideologically divided 63-page opinion.

Although U.S. history has at times placed some “well-defined restrictions” on the right to carry firearms in public, Thomas explained, there was no tradition of a broad prohibition on carrying commonly used guns in public for self-defense. And with rare exceptions, Thomas added, there was no historical requirement that law-abiding citizens show the kind of special need for self-defense required by the New York law to carry a gun in public. Indeed, Thomas concluded, there is “no other constitutional right that an individual may exercise only after demonstrating to government officers some special need.”

In concurring opinions, both Justice Samuel Alito and Justice Brett Kavanaugh sought to portray the scope of Thursday’s decision as limited. The court’s ruling, Alito stressed, “decides nothing about who may lawfully possess a firearm or the requirements that must be met to buy a gun. Nor does it decide anything about the kind of weapons that people may possess.”

In an opinion joined by Chief Justice John Roberts, Kavanaugh contended that Thursday’s ruling will not bar states from imposing any licensing requirements. There are 43 states, he noted, that use licensing schemes that include requirements such as background checks, firearms training, a check of mental health records, and fingerprinting. Such schemes are objective, Kavanaugh explained, rather than granting “open-ended discretion to licensing officials” and requiring “a showing of some special need apart from self-defense.” Justice Stephen Breyer dissented, in an opinion joined by Justices Sonia Sotomayor and Elena Kagan. Arguing that the question before the court was “the extent to which the Second Amendment restricts different States (and the Federal Government) from working out solutions to” gun violence “through democratic processes,” Breyer faulted his colleagues for striking down the New York law without a record that would allow it to determine how the New York scheme actually works in practice, “without considering the State’s compelling interest in preventing gun violence and protecting the safety of its citizens, and without considering the potentially deadly consequences of its decision.”

I’d like to know her opinion on bail reform.